This year’s Hartlepool Waterfront Festival has been hailed a sizzling summer success.

The two-day Hartlepool Borough Council-run event attracted over 8,000 people, while more than 7,000 came along to wonder at the Festival’s separate ‘out of this world’ attraction, the artwork ‘Gaia’.

The Festival took place on the Waterfront on Saturday 9th and Sunday 10th July with entertainment and fun for all the family including live music, open air performances, outdoor cinema, immersive experiences and family-friendly workshops in the glorious summer sunshine.

One of the stars of the weekend was Svitlana Sanina, who took the audience’s breath away with her stunning operatic performance on Sunday on the Moon Stage. 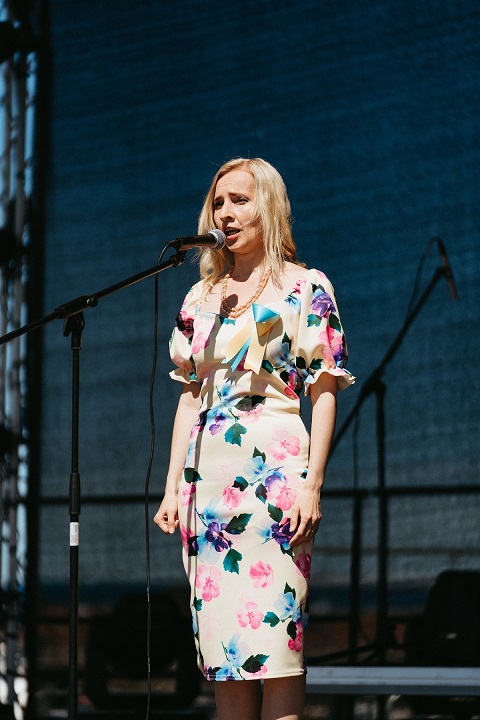 Earlier this year, Svitlana moved to Hartlepool with her husband, fleeing her home in Ukraine. In her home country, Svitlana was a singer, performer and teacher of classical singing and after this performance has proved herself to be one of the best operatic singers in the Tees Valley and beyond.

Over the course of the weekend visitors also witnessed the creation of a powerful temporary work of art on a section of the Waterfront site as part of a project working with young men to improve their mental health.

The Young Men’s Better Mental Health Group worked with Associate Artist, Tees Valley Poet and illustrator Lizzie Lovejoy to explore concepts around isolation, inclusion and resilience and these themes were brought to life by Lewis Hobson from DurhamSprayPaints who created the large scale visual arts piece.

Drone footage captured the live art installation take shape and spell out the word ‘COURAGE’, which will remain there until the site is redeveloped. 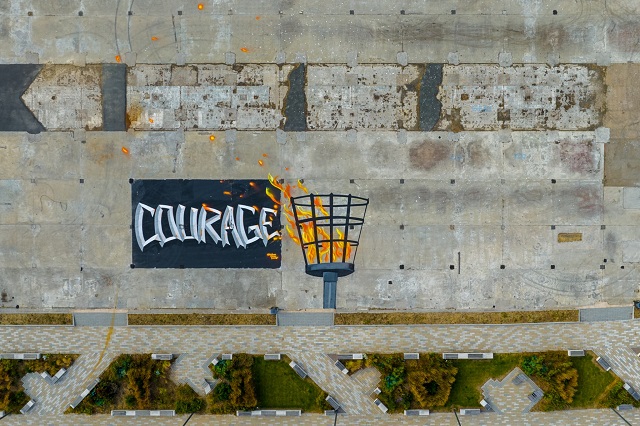 Among the other highlights, ever-popular musical duo Pek and Wanley got the party started on the Sunday, an extravagant ceilidh by Folk Dance Remixed saw hundreds of children throw some shapes and visitors were captivated by stunning gyroscopic aerial theatre by Highly Sprung. 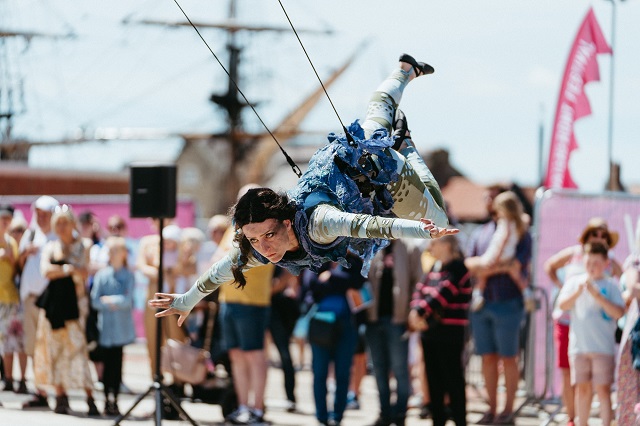 A major Festival highlight was Gaia, a once-in-a-lifetime attraction by UK Artist Luke Jerram which was on display at Hartlepool Town Hall Theatre from 4th to 16th July.

This stunning replica of planet Earth attracted over 7,000 visitors, including 1,200 schoolchildren. 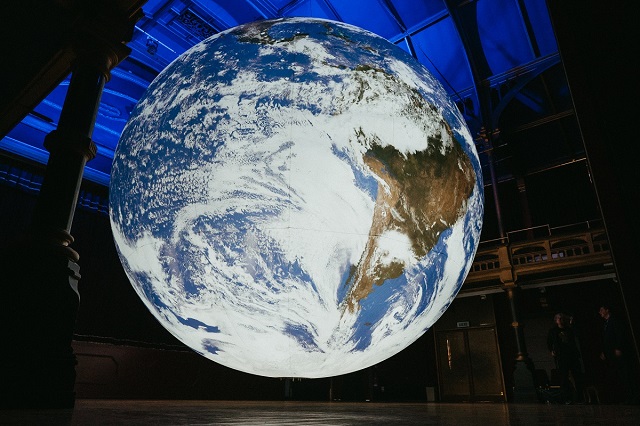 Measuring seven metres in diameter and using detailed NASA imagery of the Earth’s surface, Gaia gave visitors a remarkable opportunity to gaze upon the Earth as if from space. A photograph of the artwork inside the Town Hall Theatre was even named The Guardian newspaper’s picture of the day.

Over £5,300 was raised in donations at Hartlepool Waterfront Festival, which operates a Pay What You Decide basis – money which will go towards providing high quality, creative workshops for young people at next year’s event.

Councillor Bob Buchan, Chair of Hartlepool Borough Council’s Adult and Community-Based Services Committee, said: “We are delighted that so many people came along and enjoyed the Waterfront Festival weekend and also Gaia.

“Plus, our Pay What You Decide format was a very effective, inclusive way of enabling many local people who are currently facing financial pressures to experience an exciting and entertaining family festival, with something for everyone – including the never-to-be-forgotten, world-class Gaia.

“Thank you to everyone who made it such a memorable event.”

Hartlepool Waterfront Festival will return next year when Hartlepool hosts the world-famous Tall Ships again from 6th to 9th July.

For more information about Hartlepool Waterfront Festival and to watch highlights from this year’s event visit www.hartlepoolwaterfrontfestival.com.

Hartlepool Restaurant Week is back!