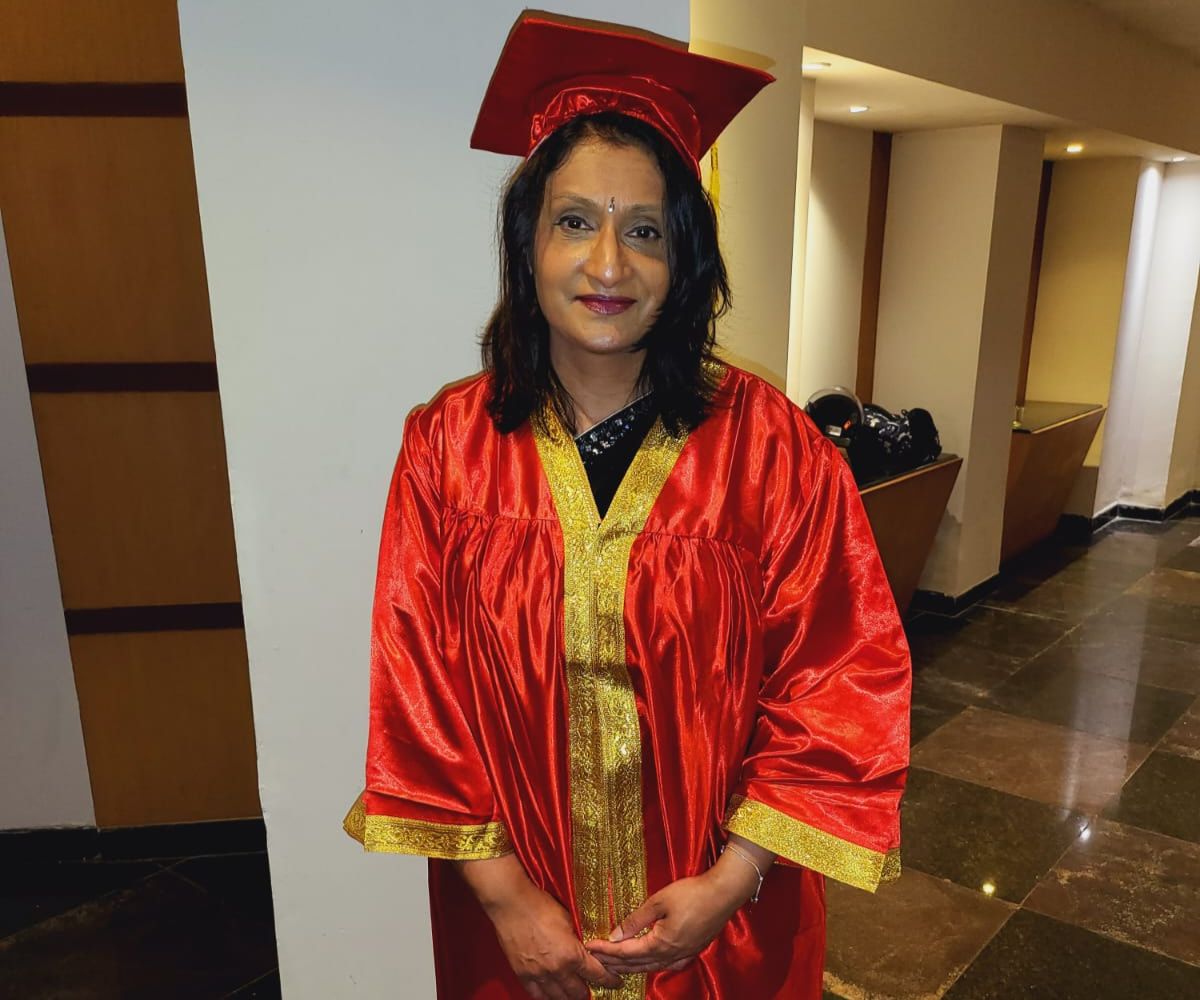 An academic’s journey to complete a personal, public health mission in her spiritual homeland is also boosting the international status of a University of Northampton (UON) course.

Manju Mital is a Senior Lecturer in Podiatry who has close links to India, her parents’ birthplace. For the past four years, she has been giving online talks and lectures about the importance of podiatry to health professionals there.

Recently, Manju made a face-to-face trip there and gave lectures to the Indian Podiatry Association (IPA) about a pressing health issue in the country – diabetic lower limb amputations.

India’s population is more than 1.4 billion people, and over 80 million are estimated to have diabetes. Without good foot and lower limb health, this can lead to ulcerations with a lifechanging prognosis; in India, there is a diabetic amputation every 20 seconds. However, early intervention and treatment from a podiatrist can reduce the need for this by up to 75%.

For her visit, Manju delivered presentations to doctors and senior members of universities about gait analysis and the acquired adult flat foot. Both are important in helping reduce the risk of amputations for people with diabetes, giving the talks in English and Hindi to over 3200 people over six days.

Manju says: “The IPA is sometimes referred to as ‘I Prevent Amputations’, and there is a lot of truth about podiatry in that. It may not seem like the most glamorous side of a podiatrist’s work, but people with diabetes can become quite unwell if ulcers develop on their feet.

“This visit to India was very informative and has opened-up some enterprising opportunities for Podiatry at the University, but most importantly, it outlined the social impact of taking podiatry to India, immediately and in the long term.”

Thanks partly to Manju’s work, Podiatry at UON has become a leading name in the profession across 17 states in India. So much so, Manju and the team are looking to establish an initial certification in Advanced Foot Health with Manipal Academy of Higher Education – one of the leading universities in India – a vital first step to home-grown podiatry talent tackling avoidable amputations.

In recognition of her tireless contributions to the IPA, commitment to public health in India and for setting up the, Manju received several accolades from her peers, including a Fellowship.

She concludes: “It was a welcome recognition of a period of important work and something that had great personal relevance for me. My parents were born in India, and in many ways I feel it is my home. I have always dreamt of giving something back to India, and by preventing these sometimes unnecessary, life-altering amputations, I feel I am finally making a personal and social impact.”

Find out more about Podiatry at the University of Northampton

Wildlife team are ‘going for gold’ for Waterside hedgehogs

A lift for the elevator and escalator industry with annual symposium

Strictly successful for dancing sisters after treatment at UON clinic