Hartlepool’s Big Lime Weekend 2022 has been hailed a huge success – and even featured a father-daughter double victory!


The weekend, organised by Hartlepool Borough Council, took place from Friday-Sunday and comprised a predictor swim, an aquathlon and a triathlon.

Those who competed in Friday’s predictor swim submitted their predicted times when entering and then tried to match it on the day. The winner was Danielle Horner who completed the 750-metre open water course within Hartlepool Marina in 8 minutes 35 seconds compared to her predicted time of 9 minutes 14 seconds.

The following day, dad Steven was victorious in the aquathlon, recording a time of 30 minutes and 37 seconds for the 750-metre open water swim and 5km run.

Steven actually won the predictor swim in 2021, so Danielle was literally following in his footsteps.

Sunday’s triathlon saw 187 people compete in a 750-metre open water swim, a 20km cycle ride and a 5km run. Graeme Steele was first over the finish line in an impressive time of 1 hour, 1 minute and 7 seconds 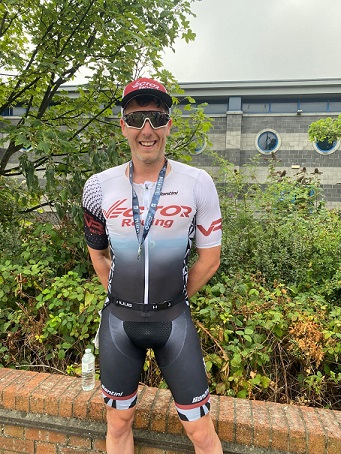 ​For those who didn’t want to enter the triathlon individually there was the option of entering as a relay team to split the disciplines, and this was won by Helen Godfrey, George Wood and Matty Hynes in 1 hour and 46 seconds.

The Triple Lime Challenge was for competitors who entered all three events, and the winner was Kris Whitelaw who recorded an overall time of 1 hour, 45 minutes and 13 seconds when his times for all three events were added together.

Paula Carroll, Hartlepool Borough Council’s Participation Manager (Sport & Physical Activity), said: “It was a fantastic weekend and the atmosphere at the events which took place in and around Hartlepool marina and Seaton Carew, was amazing.

“We would like to congratulate all of the competitors on their efforts and thanks to the many people who came out to watch, their support really was appreciated.”

Attention has already turned to the 2023 event and would-be competitors are asked to watch out for more details on the Big Lime Series and Active Hartlepool Facebook pages.

Join the Gadgeteers for this year’s Summer Reading Challenge