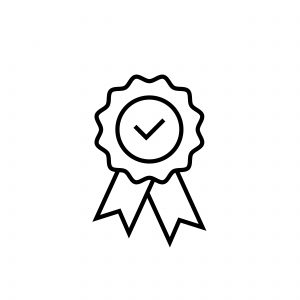 An NHS manager has been recognised for his dedication and effort by the BBC.

Ratan Singh, who works in a community mental health team in Gateshead, has been shortlisted for a Make a Difference Award from BBC Radio Newcastle.

With over 200 nominees across eight categories, the Make a Difference Awards celebrate the unsung heroes of every community from great neighbours, inspirational teachers, volunteers and outstanding keyworkers.

The award scheme is run by every local BBC radio station in England, recognising remarkable people who are making a contribution to their communities. The awards were first set up during the pandemic as a way of shouting about those offering help and those needing support.

Part of Cumbria, Northumberland, Tyne and Wear NHS Foundation Trust (CNTW), Ratan has been nominated in the Keyworker Category.

On being shortlisted, he said: “I got an email telling me and I thought there must have been a mistake. It was certainly a shock; I didn’t think it was for me.”

Ratan works as a pathway manager in the Gateshead East Community Treatment Team which provides assessment and treatment for men and women who are experiencing difficulties with their mental health. His role involves supporting staff wellbeing, chairing meetings, dealing with complaints, and the general day-to-day running of a busy community team.

Ratan has recently joined the team and has already made a significant impact. “I have an open-door policy and always want to be available to my team,” he said.

Since joining, he has recruited specialist staff to ease pressure, moved clinics, arranged executive team visits so staff can have their voices heard, and put a greater emphasis on staff wellbeing.

For Ratan, the best part of the job is caring for others. “I can walk away at the end of the day and know that I’ve helped someone and that’s the main thing for me.”

Ratan’s manager, Daisy Mbwanda, said: “Ratan is a natural leader within the team. He inspires respect from both colleagues and clients due to his overall approach and affinity for the service. His work ethic is an example for all and he works with enthusiasm and compassion.”

The winners of BBC Radio Newcastle’s Make a Difference Awards will be announced at a ceremony at Durham County Cricket Club on Saturday 24th September.