Care Trust event to raise awareness that suicide can be prevented 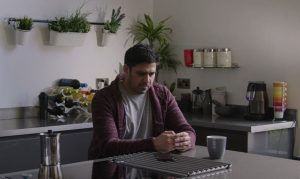 In its commitment to end all preventable deaths by suicide across the district, the Care Trust, working with the local authority and other voluntary and community organisations, will host the event on 12 September, 10.00am to 3.00pm at Kala Sangam, Bradford. Five key speakers will talk about their personal experience of suicide. Voluntary partners and support services information stalls will also be on hand to signpost to services and raise awareness of how to support those in crisis.

Key speakers include Kay Wadsworth, who, in 2012 sadly lost her daughter, Kimberly Rebecca Wadsworth, to suicide. Kay now spends much of her time raising awareness of gambling suicides.

Also speaking at the event, John Toothill, a chief inspector with West Yorkshire police, attended a high number of suicides during his time as an officer. However, he never thought his personal life would be so heavily affected by suicide. John was one of the pioneers of police reform in how police staff experiencing mental health problems are supported. Several serving officers credit John with the fact that they are still alive today.

Key speaker Andrew Greenway will also share his experience at the event. After years of bottling up his feelings and emotions, things came to a head, which led to Andrew attending the ANDYSMANCLUB group and finally opening up. Since then, Andrew hasn’t looked back and has been instrumental in the growth of the group across the North and West of England, helping to spread awareness of ANDYSMANCLUB.

Grainne Eloi, Deputy Director of Nursing, Professions and Care Standards at Bradford District Care NHS Foundation Trust said: “The impact of suicide can be devastating for family and friends left behind.  We want to raise awareness of the support available for vulnerable people contemplating taking their own lives and are fully committed to suicide prevention. Working in partnership with the West Yorkshire Health and Care Partnership, local authority and other voluntary and community organisations, the event aims to raise awareness and support actions that prevent suicide.”

Bradford has the lowest suicide rate in Yorkshire and the Humber and, like every area, men are much more likely to die by suicide than women: three quarters of people who take their own lives are men and in particular middle-aged men are at higher risk. To create awareness around male suicide across West Yorkshire, the

West Yorkshire Health and Care Partnership’s ‘Check in With Your Mate’ campaign encourages the normalisation of conversations around suicide and mental health among men to potentially saving lives. For more information visit https://staffcheck-in.co.uk/campaign-toolkit/males/

For people who need urgent crisis care, the Care Trust’s First Response service offers support 24 hours a day, seven days a week, to people of all ages living in Bradford, Airedale, Wharfedale and Craven, who are experiencing a mental health crisis. People can call 0800 952 1181 and talk to a telecoach who will quickly assess their needs, including urgent support. Or you could talk to Guide-Line about your mental health and wellbeing, operated by Bradford MIND on:  08001 884 884.  Lines open 7 days a week, 12 o clock until Midnight. Safer Spaces also provides same-day crisis support for children, young people and adults in Bradford District and Craven. For further information visit: www.mindinbradford.org.uk/support-for-you/safe-spaces

For information on all mental health and wellbeing support services in Bradford and Craven and self-help resources and apps, visit www.healthyminds.services.

To find out more about the event, including how to book, visit https://bit.ly/3SPRgw2