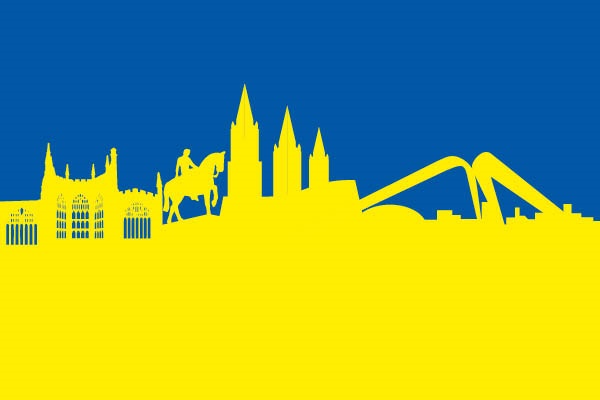 The Deputy Leader of Coventry City Council and the Lord Mayor of the city, today issued a statement to mark Ukraine’s Independence Day.

“Today the people of Ukraine should be celebrating their independence and marking a momentous day in their history. Instead, they are facing the horrors of war and men, women and children are losing their lives and mourning loved ones.

“Today also marks six months since the invasion by President Putin’s forces. It was an act of aggression that shocked us all.

“People around the world united in their condemnation of the Russian President’s actions and in their support for the people of Ukraine. Sadly, that conflict is still ongoing and thousands are living in fear.

“Today, it is so important that people everywhere remember and celebrate Ukrainian Independence Day. We must show the people of that country that we stand with them and that they are not alone.

“Our thoughts are with them today and always as they struggle through this terrible war.

“The city of Coventry is known around the world as a city of peace and reconciliation and we are honoured to stand with our friends in Ukraine, and those who have been forced to flee their homeland and make new homes here in our city and around the UK and Europe.

“We condemn this unprovoked aggression and call for a swift end to all hostilities.

“On Ukrainian Independence Day, let us remember that day and all it stands for and let us renew our vow to work together for a return to peace and to offer what support we can to the brave people of Ukraine.”

The flag of Ukraine is being flown outside the Council House.

Changes to be made to waste drop sites – Coventry City Council