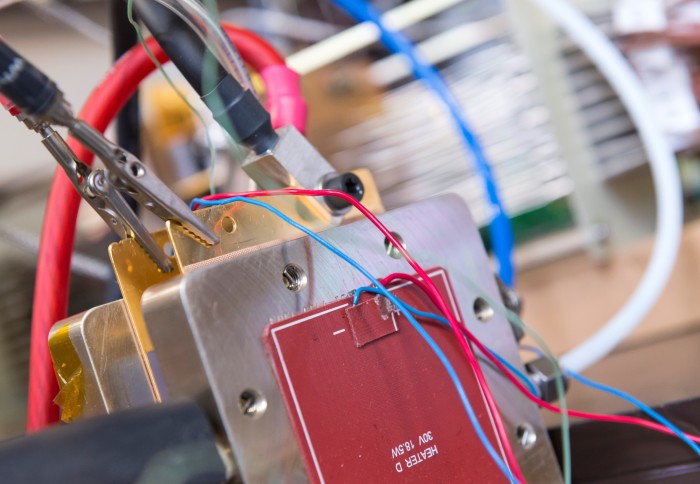 From an award for a breakthrough that could produce cheaper hydrogen fuel, to research into how infectious diseases progress, here is some quick-read news from across the College.

Professor Anthony Kucernak, from the Department of Chemistry, has been announced as a winner in the Physical Sciences category of the Falling Walls Foundation’s Science Breakthrough of the Year 2022. He will now go through with the other winners to be considered for the category’s overall Science Breakthrough of the Year 2022, announced in September.

Professor Kucernak is honoured for “Breaking the Wall to Cheaper Hydrogen Fuel”. He and his team developed new single-atom catalysts that can replace platinum as the active component in electrochemical devices and produce cheaper hydrogen fuel.

Professor Kucernak is cited as a world leader in the electrochemical interconversion of renewable electricity to chemical fuels such as hydrogen. He is cofounder of three companies arising from innovations in his laboratories: Bramble Energy for high-volume manufacturing of electrolysers, fuel cells and electrochemical conversion devices; RFC Power for developing grid scale electricity storage; and Sweet Generator for developing new technology to clean wastewater.

A new study has revealed how someone’s behaviour can be used by machine learning algorithms to re-identify them within seemingly anonymised datasets.

Researchers at the Department of Computing have found that “anonymous” datasets are a lot more at risk of being re-identified than previously believed. Re-identification has until now required an attacker to have access to auxiliary information – information about the target person – matching the one in the dataset.

The team developed a new algorithm that builds profiles of how an individual behaves rather than matching auxiliary information to the dataset. Using auxiliary data collected at a different period of time, the researchers used the algorithm to re-identify 79% of 500k individuals in an “anonymous” location dataset. Traditional de-identification methods like noise addition did not protect from profiling attacks.

Co-lead author Dr Yves-Alexandre de Montjoye said: “Anonymisation is how we, as a society, find balance between using data for good while preserving privacy. This research challenges de-identification practices and emphasises the need for legislations such as the proposed US privacy law to embrace modern anonymisation techniques.”

The ability of cells to stick tightly to each other is a fundamental requirement for cells to group together and carry out functions. This is particularly important in epithelial tissues, the cells that cover the surface of organs, which rely on stable points of contact (or ‘mature junctions’) between cells to function properly.

Dr Vania Braga and colleagues at the National Heart and Lung Institute have underpinned the biophysical properties that lead to junctions becoming strong and mature compared to weaker junctions. To investigate junction maturation, the team developed a model using cell pairs confined on different shapes: circles, squares and triangles.

They found that higher levels of cell mechanics inside neighbouring cells promote the transition from a slack, weaker junction to a strong, mature junction between cells.

The team say their work provides a framework to investigate further complexity in the presence of multiple cell neighbours and may highlight potential processes involved in the initiation of metastasis in cancer or chronic diseases.

Depression has long been linked to dementia and, in clinical practice, it can be difficult to untangle whether cognitive impairment is due to depression alone, or an underlying neurodegenerative condition.

To study the prevalence of depression in patients with patients whose cognitive impairment may be tricky to diagnose, Paresh Malhotra and PhD student Flavia Loreto in the Department of Brain Sciences looked at 300 patients at a memory clinic at Charing Cross Hospital.

They found that roughly half had a history of persistent depressive symptoms, with many taking antidepressants. Symptoms were just as frequent in patients with and without a build-up of the faulty protein Beta-amyloid in their brain – one of the clinical hallmarks of Alzheimer’s disease.

According to the researchers, as depression is linked with worse outcomes for dementia and can cause uncertainty in its diagnosis, improving screening could help to catch it and treat it at an earlier stage before it can affect the trajectory of cognitive decline, ultimately helping to improve outcomes for patients.

Read the full paper in Journal of Alzheimer’s Disease.

Researchers at Imperial College London, the UK Dementia Research Institute and Invicro have uncovered early warning signs of Alzheimer’s disease in the brain.

The team scanned the brains of 12 Alzheimer’s patients and 16 healthy controls. They found that, over time, patients with severe disease had altered levels of two key biomarkers for cell stress (S1R) and mitochondria (MC1).

The researchers believe that, together, these mechanisms drive the progression of Alzheimer’s.

They say that, in future, doctors could test for the biomarkers to identify patients most at risk of progressive disease, enabling earlier intervention and improving outcomes. The findings could also help scientists to develop new treatments.

Dr Ashwin Venkataraman, who led the research, said: “Identifying early markers of a disease that are clinically relevant is crucial in slowing or even stopping its progression. More work is needed, but these are exciting steps in that process for Alzheimer’s disease.”

The findings are published in Science Translational Medicine. 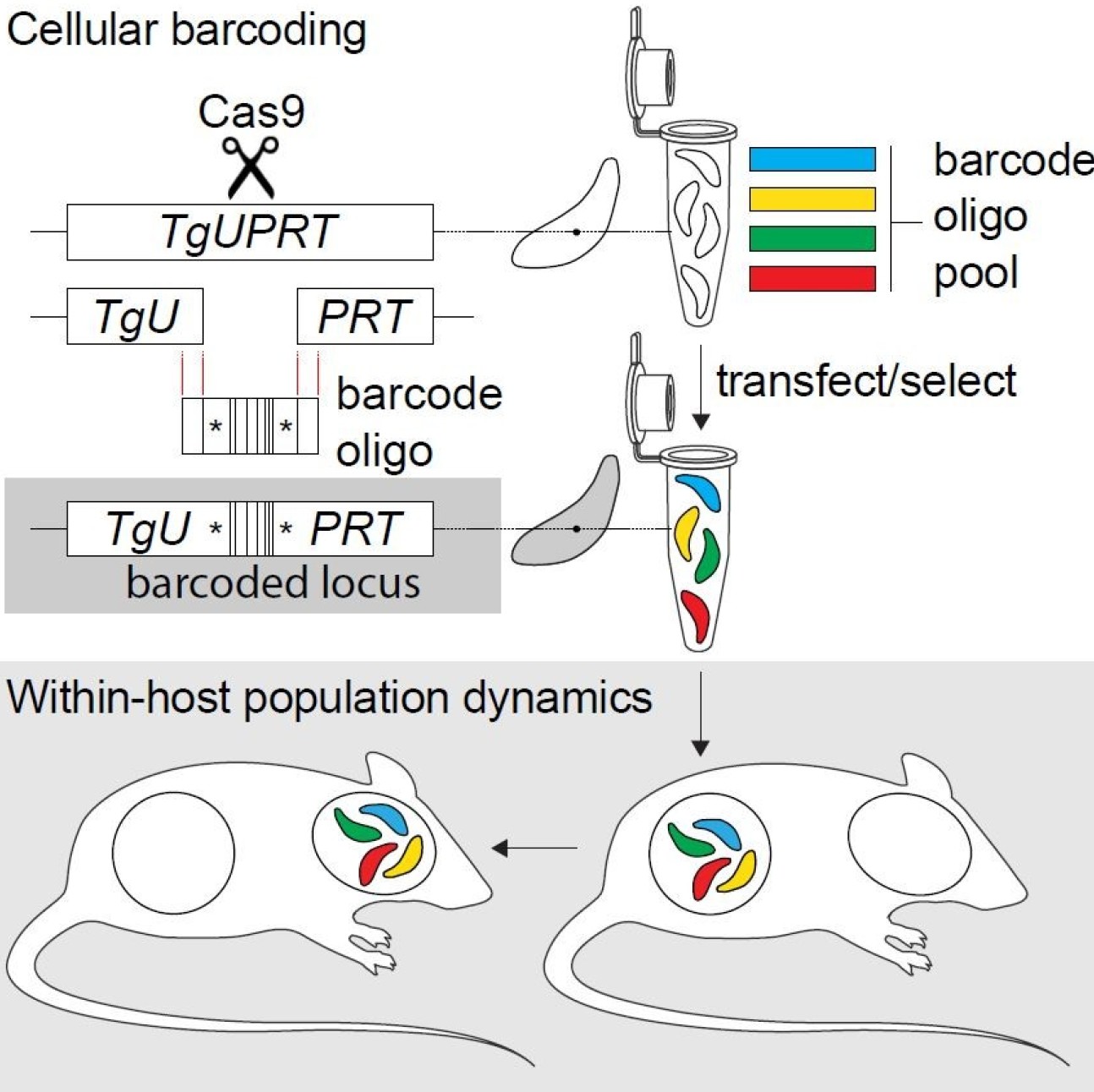 Cellular barcoding – inserting traceable genetic material to cells – has been used to understand the way populations of pathogens such as bacteria and viruses establish themselves during infection. However, they have not been widely applied to more complex infectious organisms like parasites, which go through different lifestyle stages within the host body.

Now, Dr Matthew Child and a team from the Department of Life Sciences, in collaboration with Dr Sarah Ewald’s lab at the University of Virginia, have successfully used CRISPR to barcode populations of the parasites Toxoplasma gondii and Trypanosoma brucei, which cause toxoplasmosis and sleeping sickness respectively, and followed their progress in infected mice.

They showed their barcodes were stable and were able to track differently barcoded T. gondii populations through stages of infection. This included showing that most populations were present in the brain one month after infection, suggesting the blood-brain barrier does not act as a ‘bottleneck’, only permitting certain populations of the parasite to enter.

Insights like this help researchers understand how infectious diseases progress and what factors cause stronger disease symptoms.