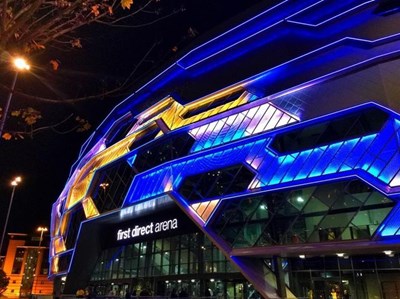 Senior councillors in Leeds will next week be asked to give the green light to the latest stage of the city’s bid to host the 2023 Eurovision Song Contest.

A special meeting of Leeds City Council’s executive board will take place on Monday, September 5, to discuss plans to bring the world’s largest live music event to West Yorkshire.

Leeds was named earlier this month as one of seven UK cities shortlisted to hold the competition on behalf of Ukraine.

The next stage of the selection process requires each shortlisted city to provide detailed information setting out why they should be chosen as hosts.

Executive board members will be asked on Monday to approve the formal submission of Leeds’s supporting information, as the excitement generated by the bid continues to grow across the city and the wider region.

“It was a hugely-exciting moment for Leeds when we were confirmed as one of the seven cities in the running to host 2023’s Eurovision Song Contest.

“Since that announcement, we have been working flat out to fine-tune the details of our bid so it makes the best possible case for our city to be given the honour of holding the competition on behalf of our friends in Ukraine.

“We already know that Leeds, with its long tradition of inclusivity, creativity and cultural excellence, would be a perfect location for Eurovision and everything that comes with it. Now we have to show the competition’s organisers exactly why that is. With the support of the local Ukrainian community and other key partners, we are determined to rise to the challenge.

“More than anything, we wish Ukraine was in a position to stage the competition. The tragedy that has unfolded there in recent months has been awful to see and, if successful, we will put our heart and soul into delivering a Eurovision that does the Ukrainian nation proud.”

A final decision on the host city is due in the autumn.

Final chance to register to vote in local elections in Leeds

Council chiefs set to back new tribute to David Oluwale