An award-winning nurse and author from Hartlepool has published a fictional book about the hardships of mental health.

52-year-old Jenny Hutchinson wrote ‘Mint’, under the pseudonym Cher Graiden, as a result of losing those around her to suicide over lockdown, working closely with people who have experience in the area to ensure her story was accurate.

She writes as a hobby alongside her role as a community district nursing sister at North Tees and Hartlepool NHS Foundation Trust but labels writing as ‘the dream’. 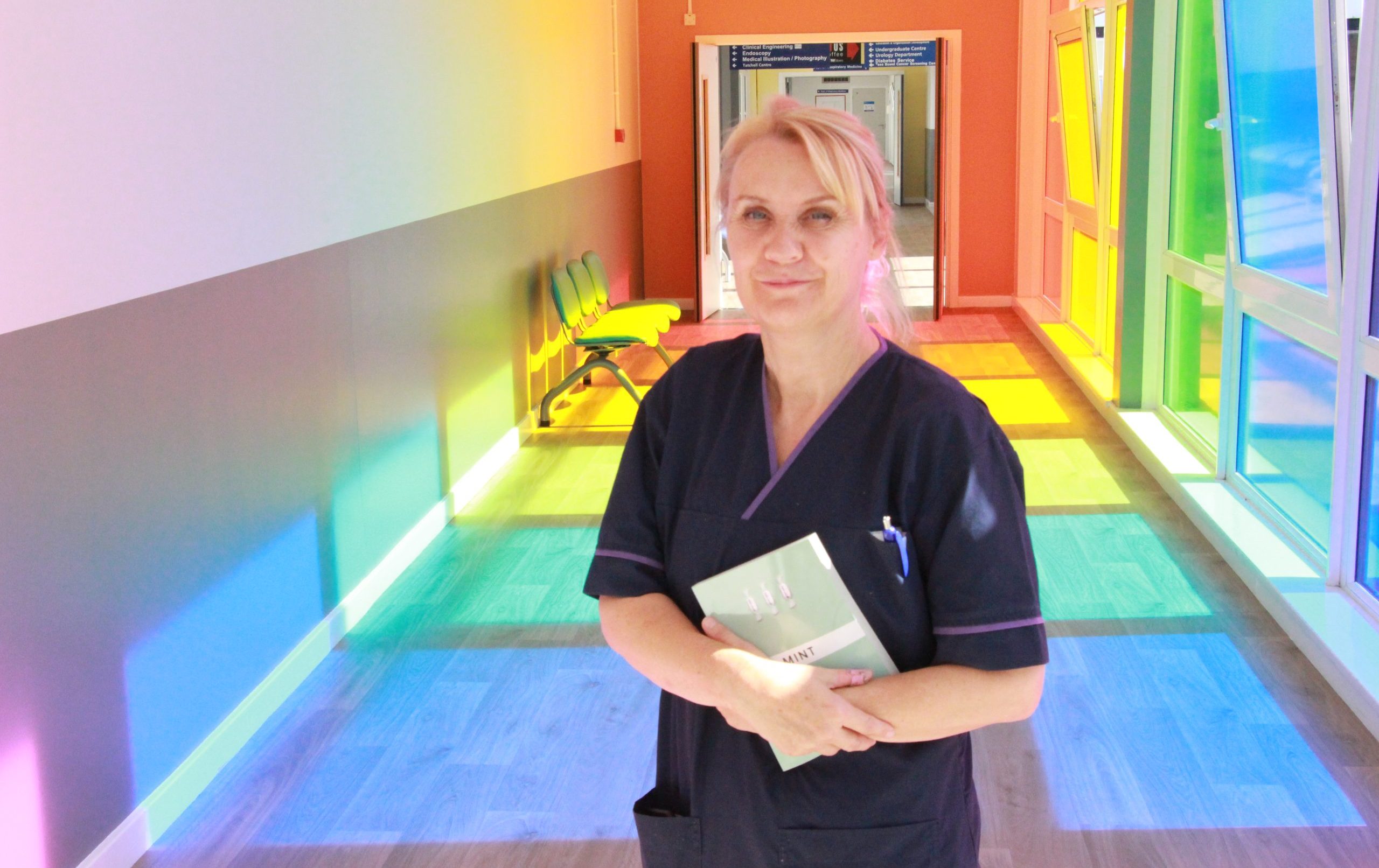 Described as a ‘gritty romance novel about loss and love’, Mint tells the story of Charlotte who, going through hard times herself, has a chance meeting with a man contemplating suicide on the top floor of a building.

Jenny said: “I write as a hobby and during lockdown there was a high number of suicides amongst family and friends. It was a difficult time for everyone and it became a choice of novel for me.

“Mental health services are so important but I also wanted to highlight the significance of talking things through with those around you.”

Earlier this year Jenny won a local Nurse of the Year award for Mint after being nominated by multiple people – including someone whose brother died from suicide.

Jenny continued: “I was honoured to even be nominated for an award, let alone win! I was absolutely flabbergasted.

“I’m no J.K. Rowling but if it helps just one person, then my book was worth writing.

“If just one person realises that they’re not alone – that everyone hits rock bottom, we all get broken up with, we all get in debt – then I’ve done what I’ve accomplished what I set out to do.”

Mint isn’t Jenny’s excursion into the literary world – she has previously published two children’s books – Harry Hotdog and Elden the Owl – both inspired by her children.

To find out more about Jenny’s books, please visit her website.

If you would like someone to talk to, Samaritans is open 24 hours a day, 365 days a year to support you. Please call the free helpline 116 123. Alternative listening services are available via the Samaritans website.

Tall Ships Hartlepool 2023 – how you can get involved