With hundreds of Brent Geese about to make the 3,000 mile migration from the northern arctic tundra to the beautiful Exe Estuary, people are being reminded to steer clear of important wildlife refuges set up to protect our feathered friends.

Brent Geese make their way to Devon in search of food and milder climates. Their arrival heralds a spectacular time of year for wildlife on the internationally important Exe Estuary.

Brent geese are social animals. Feeding flocks can be several hundred strong and family groups stay together from one breeding season to the next. As they migrate each winter, the adult pair may have this and last year’s young birds with them. Watching them as they arrive in the autumn on the Exe Estuary and at Exmouth Duck Pond is enthralling and it’s easy to spot the family squabbles and relate to them.

The Imperial Recreation Ground slipway in Exmouth can still be used to access the foreshore during this time, although everyone is being asked to turn left at the end of the slipway, to avoid the wildlife refuge.

The goodwill and co-operation of visitors to the Exe over the past three years has helped to make the wildlife refuges successful in reducing disturbance to the water birds feeding and resting in these areas. Read the results of a three year study, which were reported to the South East Devon Habitat Regulations Executive Committee in October 2021.

Councillor Geoff Jung, Chair of SEDHREC and East Devon District Council’s Portfolio Holder for Coast, Country and Environment, said: “The chance to see vast numbers of overwintering and migrating birds is one of the joys of visiting the Exe Estuary in the autumn. Our Wildlife Wardens will be near the Duckpond with their telescope for you to see the birds up-close for yourselves!

“Please help us help the birds again this year as they return to their winter home – respect the Wildlife Refuges to avoid disturbing the birds at this important time.” 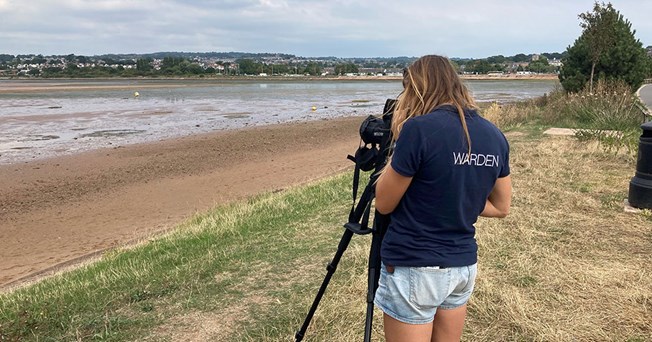 Wildflowers start to bloom in Exeter

Chance to get involved in Exeter’s Platinum Jubilee celebrations