Members of the public are able to pay their respects to Her Majesty The Queen by signing books of condolence at six Council buildings.

The books are available to sign every day from 9am until 5pm (apart from Sunday) and will close at 5pm on the day of the funeral. 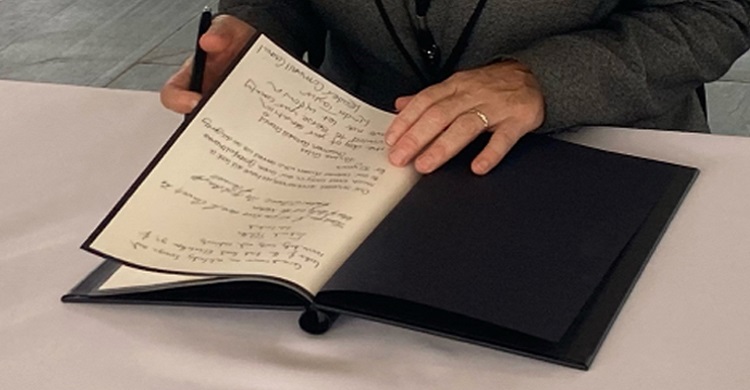 Locations of the books are:

Alternatively people can email their messages to lieutenancy@cornwall.gov.uk or send in writing to the Cornwall Lieutenancy Office, County Hall, Truro, TR1 3AY

Proclamation of the Accession of King Charles III:

Residents are also invited to witness Cornwall’s proclamation of the Accession of King Charles III, which will take place on Sunday September 11 at 1pm at Truro Cathedral. The proclamation of a new Sovereign is a very old tradition which can be traced over many centuries.

Mr Andrew Williams, The High Sherriff of Cornwall, will read Cornwall’s proclamation at Truro Cathedral. He will be accompanied by Pol Hodge, the Grand Bard of Gorsedh Kernow, who will read the proclamation in Cornish.

Town and Parish Councils in Cornwall will then hold local proclamations later on Sunday.

Cllr Giles said: “We know that the residents of Cornwall will want to express their own feelings of sadness and respect for The Queen who was much loved by people here, many of whom have fond memories of her many visits to the Duchy.”

Cllr Giles issued a statement yesterday following the sad news of Her Majesty’s death. It can be read here.

Thousands of school days missed in Cornwall because of COVID