September 9 2022: Information regarding the Reading of the West Yorkshire Proclamation – Sunday 11th September at 12:45

The High Sheriff will be accompanied by the Lord Mayor of Leeds, Councillor Robert W Gettings MBE JP and Lord Lieutenant in proclaiming the reign of King Charles III in a historic moment for Leeds and West Yorkshire. Flags at all Leeds City Council civic buildings will be raised to full mast to mark the occasion. Following the proclamations flags will be re-lowered to half-mast where they will remain for the duration of the period of national mourning.

The short historic service will be live streamed on Leeds City Council’s YouTube channel for people who are unable to attend. Attendees will have the chance to sign the book of condolence after the service.

September 9 2022: Address to the nation by King Charles III

The address to the nation by King Charles III at 6pm tonight (Friday) will be shown live on the big screen in Millennium Square in Leeds city centre. All are welcome to attend.

September 9, 2022: Book of condolence for Her Majesty The Queen opened at Leeds Civic Hall 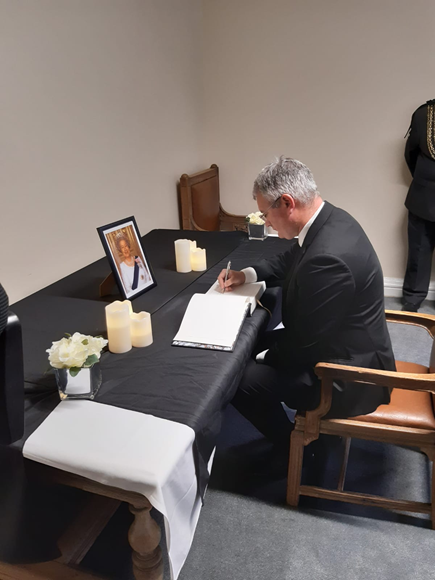 A book of condolence for Her Majesty The Queen has been opened at Leeds Civic Hall.

Members of the public can attend in person and sign the book from today or alternatively pay their respects using an online version at https://bookofcondolences.leeds.gov.uk

The book at Leeds Civic Hall will be available to sign from 8am-6pm every day including weekends.

Anyone wanting to sign should arrive at the Portland Crescent reception at Leeds Civic Hall and they will be brought through to the ante-chamber.

This morning Lord Mayor of Leeds Councillor Bob Gettings and leader of Leeds City Council James Lewis along with the cross party representatives and the council’s chief executive Tom Riordan officially opened and signed the book.

Floral tributes from members of the public can also be laid on the steps of Leeds Civic Hall.

September 9, 2022: Flags on civic buildings in Leeds have been lowered to half-mast 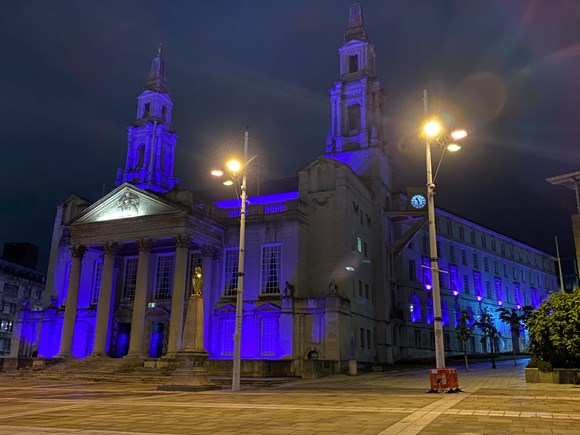 Flags on civic buildings in Leeds have been lowered to half-mast in honour of Queen Elizabeth II. Civic buildings including Leeds Civic Hall and Leeds Town Hall are also being lit up in purple.

Leeds speaks out about harmful gambling