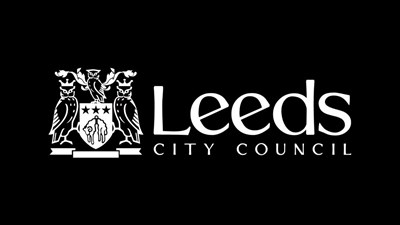 Civic friends old and new have extended their sympathies to Leeds following the death of Queen Elizabeth II.

A number of Leeds’s twin cities around the world have written letters to the Lord Mayor of Leeds expressing their sadness at the passing of Her Majesty.

Two letters have come from Lille in France and Dortmund in Germany, both of which have been twinned with Leeds for more than 50 years.

A letter of condolence has also been sent by the German city of Siegen, which has twinning arrangements with Morley and Leeds that date back to 1966 and 1972 respectively.

Another has come from Brno in the Czech Republic, which has been one of Leeds’s twin cities since the early 2000s.

And a fifth has arrived from Kharkiv, a city in war-torn Ukraine which in recent months has been working with Leeds to explore new ways of co-operation between the two.

In his letter, the Mayor of Kharkiv, Ihor Terekhov, says he wants to “extend heartfelt condolences to [the] citizens of Leeds and all subjects of Her Majesty”.

The Mayor of Brno, Marketa Vankova, writes in her letter that she was “deeply saddened” by news of the Queen’s death.

Reminiscing about a visit paid by Her Majesty to Brno in 1996, she adds: “[We] will never forget the friendliness, elegance, style and joy with which she carried out her duties.”

In his letter, the Mayor of Siegen, Steffen Mues, says the Queen will “always be remembered as standing strong for the friendship and solidarity between the German and British people”.

The Mayor of Dortmund, Thomas Westphal, writes in his letter: “The Queen has been an inspiration to us all here in Dortmund and Germany. We mourn with you the loss of the most outstanding monarch of our time, who dedicated her whole life to the United Kingdom and to her people through selfless service.”

The tribute from the Mayor of Lille, Martine Aubry, hails Her Majesty as a “queen for Europe” who will forever occupy a special place in world history.

She also confirms in her letter that her city’s main square will be lit up in the colours of the United Kingdom’s flag on Monday, September 19, the day of the Queen’s funeral.

“Leeds is rightly proud of the links it has forged over the years with its twin cities, and the shared values that underpin those relationships can be felt in every word of the touching messages we have received in recent days.

“I would like to thank my counterparts for their kindness at a time when many people, not just in the UK but all around the world, have been left with a profound sense of sadness at the loss of the Queen.”

“Having travelled to Lille earlier this year to sign a new memorandum of understanding that will maintain and strengthen co-operation between our two cities, I have seen first-hand the important part that twinning can play in bringing people, communities and countries closer together.

“The sentiments expressed in the letters of condolence have been lovely to read, and offer an uplifting reminder of the worldwide affection and admiration inspired by the Queen throughout her long reign.”

The Lord Mayor was due to travel to Dortmund this week to mark 2019’s 50th anniversary of Leeds’s twinning agreement with the German city, but the visit – already delayed by the pandemic – has been put on hold again following the Queen’s death. He was also due to visit Siegen during his time in Germany.

Kharkiv, which has been subjected to intense shelling in the months since Russia invaded Ukraine, already shares twin city status with Lille and Brno.