BA (Hons) Illustration student Sophia Watts has been selected as a finalist in the Folio Society and House of Illustration’s Book Illustration Competition 2017.

The competition is open to both student and professional illustrators, and this year entrants were asked to submit three illustrations and a cover for Jane Austen’s Mansfield Park.

The selected works will go on show at the House of Illustration, from 11 February – 12 March, alongside past Folio commissions from established and emerging illustrators including Quentin Blake, John Vernon Lord and Anne-Marie Jones.

Speaking about the competition Sophie said:

“It feels amazing to be selected as a finalist. I didn’t have any expectations for the competition as I haven’t taken part in anything like this before, so it was a very nice surprise!

I entered the competition as part of our responsive module and chose this one because I really enjoy working from literature and including narrative within my work. The course is set up so you can experiment and work alongside the competition briefs we are encouraged to enter. My tutors both this year and last year have all been great; I feel like I have just the right amount of freedom when tackling a brief and they are always around for any advice I may need along the way.” 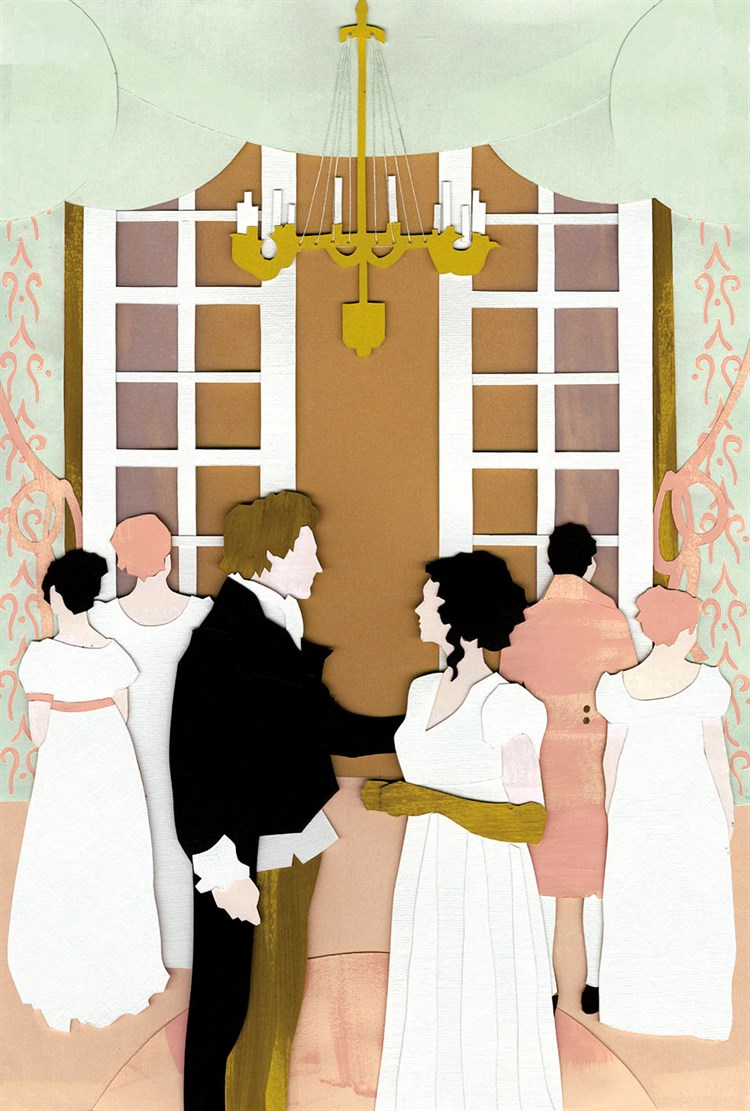 Image: She found herself the next moment conducted by Mr Crawford to the top of the room, Sophia Watts 2017. 162 x 240 mm. Layered Paper Cuts & Paint.

The winner and five runners up will be announced on 23 February 2017. Work from all the finalists can be seen in here in The Guardian.