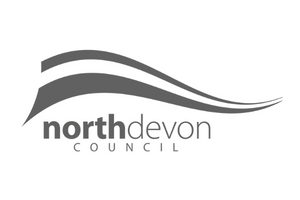 A local proclamation to formally announce the accession of His Majesty, King Charles III will be held in Barnstaple next week.

Residents and officials have been invited to the event, which will be held outside the Guildhall, Butchers Row at 10am on Monday, 12 September 2022.

North Devon Council’s Chair, Julie Hunt, will read the proclamation before leading a two minute silence. The Guildhall flag will also be raised for the duration of the proclamation and the event will coincide with all the district proclamations across Devon.

The district event will follow the national proclamation which will be held tomorrow (Saturday, 10 September) at St. James’ Palace at 11am, and a county proclamation at Devon County Hall at 1pm on Sunday, 11 September.

Union Flags across North Devon will be raised from tomorrow (Saturday) until 1pm (Sunday) to mark the accession of the new monarch. The flags will then return to half mast, as North Devon joins the country in mourning Her Majesty Queen Elizabeth II.

Among those invited to the North Devon proclamation are the Leader and members of the council, honorary aldermen, North Devon MP Selaine Saxby, Deputy Lieutenant Lady Arran, the District Police Commander, the Local Fire Commander, a representative from Chivenor marine base, town mayors, Ilfracombe’s Harbour Master and the general public.

Anyone wishing to attend has been asked to arrive on time to ensure a prompt start.

Temporary bridge to be installed at Martinhoe to re-open road

Government’s announcement is a step in the right direction

Overnight resurfacing on A381 in the South Hams

Trading standards issue warning to look out for scammers