The creation of an Integrated Care Partnership for Cornwall and the Isles of Scilly led the agenda when Cornwall Council met in Truro.

Following the events of the past fortnight, at the start of the meeting members from across the chamber were given the opportunity to pay tribute to the late HM The Queen. That was followed by a debate on a motion welcoming the new Duke and Duchess of Cornwall to their new roles.

Hopes were expressed that the new Duke and Duchess will pay a visit to the council shortly to address members, with the Chairman now due to write to the Duke, asking him to ‘address the Council at his earliest opportunity to look at ways in which to continue to build the working relationship and outcomes previously set in place by his father, now King Charles III’. 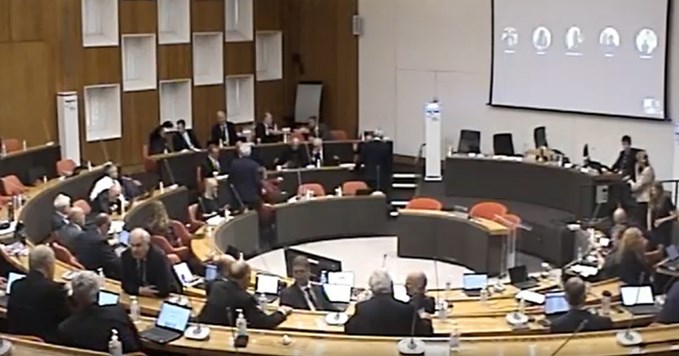 The agenda included the creation of an Integrated Care Partnership, which will bring together stakeholders from health, the local authority and third-party health and social care partners for joint working.

Cllr Andy Virr, portfolio holder for adult social care and health, told the chamber that the cause of ambulance queues outside the hospital was not simply down to a lack of beds, and that the partnership would allow the wider issues to be addressed in a joined-up manner.

The item was approved by the council.

A motion calling for a national ban on sky lanterns also drew unanimous support from members, who heard of the damage their use can cause to buildings, and the injuries their remains can cause for grazing animals.

Speaking after the meeting, Cllr Linda Taylor, leader of Cornwall Council, said: “After the sad events of the past two weeks, it was nice to hear councillors from across the chamber speak so eloquently about the loss of Her Majesty, and to welcome the new Duke and Duchess of Cornwall.

“I was also pleased to see our work to improve the lives of Cornwall’s residents continue, and the Integrated Care Partnership will help us tackle some of the issues that face us all, and especially our most vulnerable residents.

“We are committed to making Cornwall a great place to start, live and age well, and are determined to carry on our work to make a tangible difference for all.”

Academy launch to support youth into manufacturing and engineering

Thank you for contributing to the Forest for Cornwall