A special awards ceremony was held at Bodicote House earlier in the month to celebrate the hard work of volunteers and groups who make a real difference in the community. 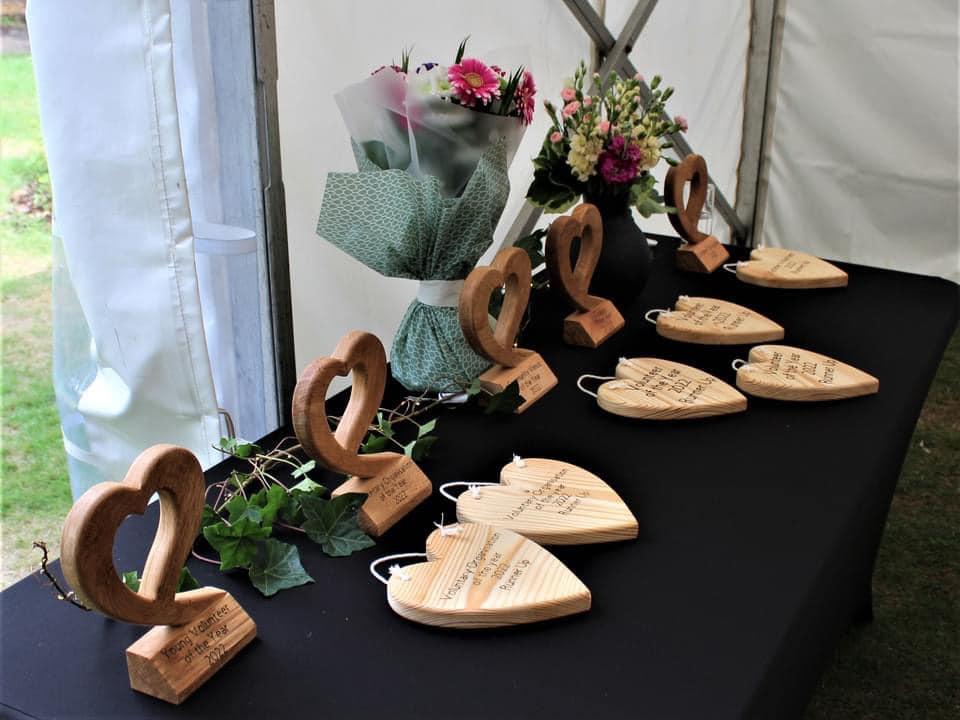 The Cherwell ‘Love Where You Live’ Volunteer Awards, organised by Sanctuary and Cherwell District Council, asked local people to nominate individuals and groups who have gone above and beyond to help others during the last 12 months.

Members of the community gathered in the garden of Bodicote House to enjoy a celebratory afternoon tea and announce the worthy winners.

Volunteer of the Year was Pat Woolley, who has dedicated many years to the Citizens Advice Bureau, which has become even busier since the pandemic. She volunteers five days a week and has taken a number of courses to build her knowledge. She supports new assessors and volunteer advisors, helping them with clients’ queries while also helping clients herself.

Voluntary Organisation of the Year was Nai’s House, which provides mental health support for young people to prevent suicide. It was founded by Gem Barrett after her daughter Dené – known as Nai – took her own life after years of struggling with poor mental health and a personality disorder.

The nominations praised the charity’s personalised approach and spoke of how many people would not be here today without the safe space and support provided by Nai’s House.

The Young Volunteer of the Year Award went to seven-year-old Advaith Prabhu, who came to the UK with his family from India in 2020.

He joined his father, Prabhu Natarajan, in delivering food parcels, and on his birthday he dressed as Captain America and delivered toys and food parcels to families across Banbury. He has given away all his toys for many fundraisings events, donated personal items to a family who suffered a house fire, and raised £2,000 for Meningitis Research by walking 50 circuits of Spiceball Park with his family.

The Lifetime Volunteer Award was presented to keen local walker Norman Smith. He has been walking in the Bicester area for many years and has added litter picking into his walks.

The Community Venue of the Year Award attracted a huge number of entries, with Bridge Street Garden winning. This small space has become a hive of activity over the last year.

The garden is a Banbury Community Action Group project and in 2021 it began actively reaching out to diverse groups. Events have included an International Women’s Day lunch, Eid celebrations, expert talks on composting and urban gardening, plus larger events where all groups come together to swap seeds and plants, eat food made with the produce grown, and celebrate with music, crafts and children’s activities.

The various volunteer groups have each adopted a raised bed and the garden is a wonderful example of groups expressing their own identity, while at the same time joining in a truly collaborative community project

Councillor Phil Chapman, Portfolio Holder for Healthy Communities, said: “My warmest congratulations to everyone who won a Cherwell Volunteer Award this year. The ceremony shone a light on some of the amazing groups and individuals who are giving their time and hard work to make Cherwell district an even better place to live and work.

“Volunteering is incredibly rewarding for those who do it and by supporting the awards we want to continue to encourage and support those who are building and strengthening our communities.

“I’m very pleased that this year’s brilliant winners are getting the recognition they deserve!”

Charlie Heritage, Sanctuary’s Neighbourhood Partnerships Manager, said: “This is the fourth year we have held these awards and we’ve been bowled over by the tremendous work of the volunteers in our community over the last 12 months. It really is an honour to be able to put the spotlight on these inspirational individuals and groups.”

The heart-shaped carved wooden awards given to the winners and runners-up were made by Restore, an Oxfordshire mental health charity that supports people to take control of their recovery, develop skills, and lead meaningful lives.

The awards were part-funded by Sanctuary’s Community Investment Fund, supporting projects which benefit Sanctuary residents and their communities.