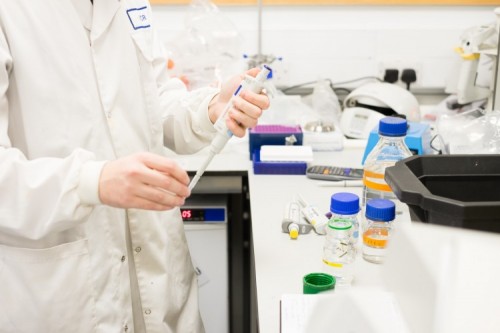 Currently, doctors routinely test for cancer causing BRCA1 and BRCA2 genes which are associated with a lifetime risk of 20% to 60% and 10% to 25% respectively. However, though they do test for the other genes – it is not routine.

HR genes work in combination with BRCA genes  and MMR genes are associated with Lynch syndrome, a condition passed from parents to children which increases the risk of different  cancers.

One of the HR genes – known as BRIP1 – was the single gene responsible for most cancers after BRCA1 and BRCA2.

Identifying the mutations in people with advanced cancer could allow doctors to prescribe them personalised gene therapies which specifically target the tumour.

And spotting the defective genes in close relatives who are well, such as daughters, nieces, aunts or cousins, could give them the choice of mitigating risk with preventative surgery.

Dr Nicola Flaum, lead author on the study from The University of Manchester , said: “This project is the most detailed genetic study of familial ovarian cancer to date.

“And we show that two gene families with a lifetime epithelial ovarian cancer risk of between 5% and 20% are even more present in these families than we thought.

“That is why we think as a matter of routine, women who are BRCA1 and BRCA2 negative with a family history of ovarian, breast and other cancers should be tested for these other gene mutations.

“Wider genetic testing of women with familial ovarian cancer is essential to both optimise their treatment and enable prevention of disease in family members.

She added: “Ovarian cancer has a poor survival rate as it is usually diagnosed late. That is why it is important to test asymptomatic family members as well so they can be offered risk management strategies.

“We urge patients to tell the doctors about their familial history so they and their relatives can be tested.”

Bee creative by getting involved in North Manchester’s bee campaign

Awards celebrate inspiring work of The University of Manchester’s community