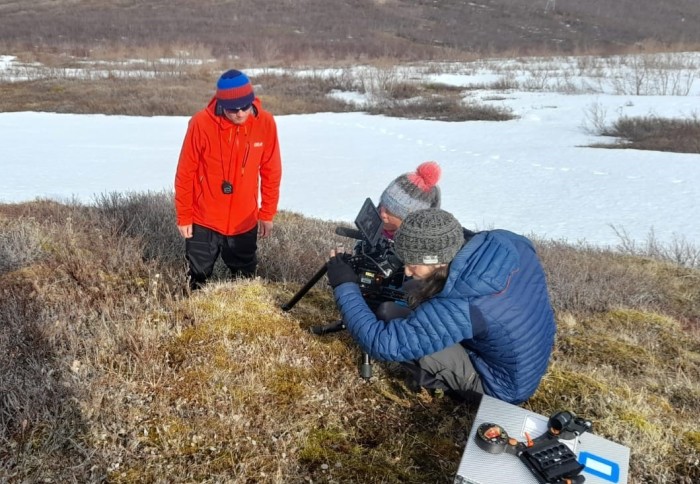 Dr Gill and his team have been studying the ecology of bumblebees in Abisko, in Swedish Lapland, for several years. But in 2021 he and PhD student Aoife Cantwell-Jones had an extra assignment – helping the BBC film the bees’ behavior for a segment in Frozen Planet II.

We spoke to Dr Gill to learn more about finding bees in unexpected places, and what it’s like to guide a BBC film crew. The segment will air on BBC One at 8pm on Sunday 9 October as part of the ‘Frozen Lands’ episode.

We don’t think about bees and snow being in the same place – how do the bees cope with such extreme conditions?

There are two things I find amazing and impressive when seeing the bees in the Arctic. The first is just how cold it can be when seeing them flying around, especially the conditions that the first emerging queens must overcome. We see them flying above the snow trying to find the first flowers of spring, even next to a nearby 60-mile lake that is fully frozen. It shows how well they’ve been able to adapt to these cold conditions over millennia.

The second is that a queen must start a nest and rear enough workers to then help rear new queens and males all in the space of a few weeks. Whilst days can be long once spring has started – you can see bees foraging at midnight – the season up in the Arctic is very short. They are such hardworking creatures.

Presumably, if they’re adapted to those cold conditions, we might expect to see them having trouble under climate change. Is that what you’re seeing?

It’s a complicated question, because the answer to that is sort of yes and no. The reason why we’re interested is because there are some bumblebees considered to be Arctic specialists that are very well adapted to these cold conditions and exploiting the early flowers that come out, which are also very cold hardy.

But there are other bumblebees that are now starting to expand their ranges northwards, and creeping into that environment. This potentially results in competition with some of these Arctic specialists.

What we’re trying to figure out is, how is this complex community of bees responding? Are we actually seeing these Arctic specialists struggling, and the more southern-adapted species doing comparatively better? And importantly, does this have an effect on plant health, which so many other animals – like reindeer – depend on?

Tell me a bit more about working with the BBC crew. What did you show them? What did they want to know?

The BBC crew were interested in trying to understand how these bees survive in such cold conditions. What they really wanted to get was the incredible story of how a single queen emerges in spring, and has to forage in extreme cold conditions to collect food, and start her own colony. 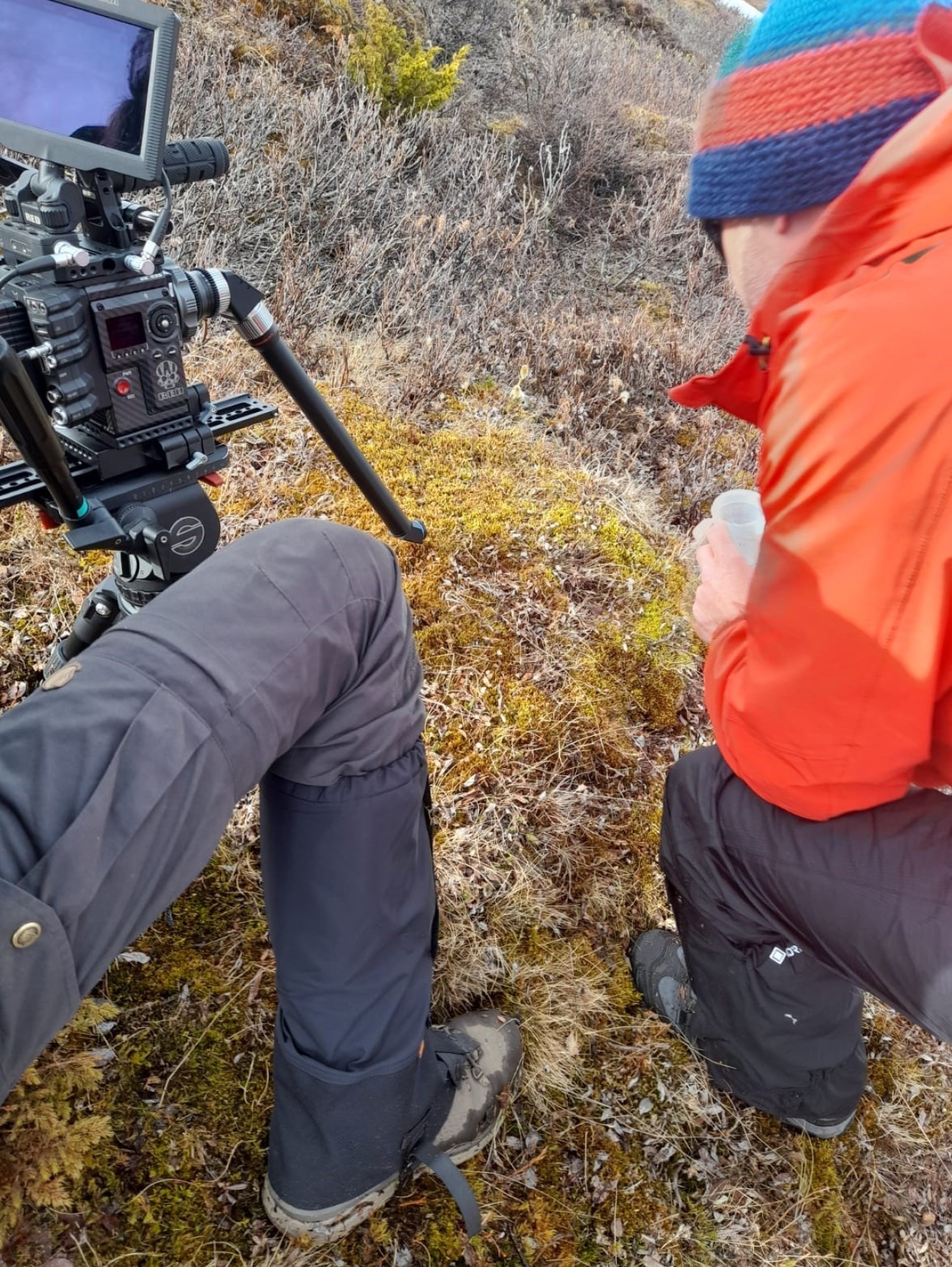 It’s really about the story of the commitment of this queen and what she’s got to overcome, because whilst it can be a few degrees above zero in the day, she may still fly around at night, when it can plummet into minus conditions.

I helped the BBC team out by taking them out into the field and finding these queens emerging and showing them the types of flowers that they’re foraging on, and getting an understanding of what they’re doing in that kind of extreme landscape.

Essentially, every day we had to trek up a 1,000-metre mountain and find these bees. The team were out there for about a month – I helped them for around two weeks and Aoife helped them after I had left the site.

Where do you find these queen bees? Do they hibernate in winter?

It’s actually very difficult to find them where they’re hibernating and nesting. We believe that the queens use old lemming holes. Lemmings use tunnels and burrows underneath the snow during the winter, but if the lemmings move out and the tunnels become dormant, bumblebees can take advantage.

They use them as both their hibernation nests, but also the nest that will then use to start their colony where they rear workers and then new queens and males later in the season.

Why did you get involved?

A lot of the fluffy animals, like polar bears, seals and birds, get a lot of attention, and rightly so, because they are in trouble. But we’ve got to remember that they’re just one part of the Arctic fauna, and in many areas of the Arctic you can find many insects. I am sure many people at home thought it too cold for insects, but they show amazing evolutionary adaptations to be there and fascinating behaviours to overcome the cold.

Insects like bumblebees are incredibly important. For example, bumblebees and other insects are very important pollinators of Arctic flowers. Bees make sure that plant populations stay healthy, and of course the reindeer in those areas are very reliant on those plants and flowers. There’s a whole ecological network there, and insects are a major part of that.