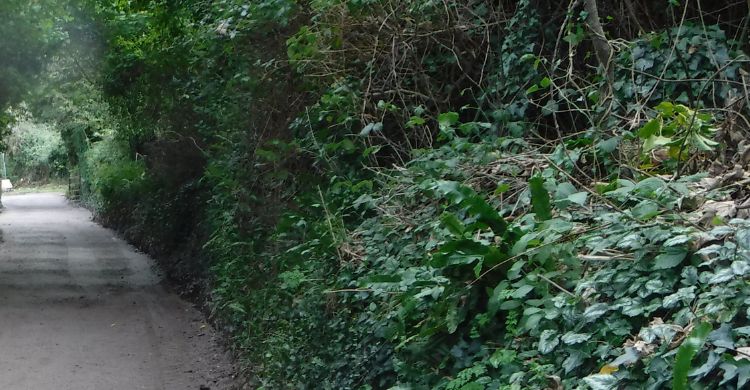 An experimental trial to reduce through traffic using a network of rural lanes on the outskirts of Truro has ended and the results assessed.

The Quiet Lanes trial aimed to make a 15km network between Shortlanesend and Threemilestone safer for people wanting to walk and cycle there by banning motorists from driving through the narrow rural lanes unless they lived in the area or were making deliveries to residents.

Residents and commuters have been able to give their feedback before and during the year-long trial as part of the consultation process running alongside the Experimental Traffic Regulation Order. That feedback, together with recent traffic surveys and discussions with local stakeholders, including local Cornwall councillors, has been analysed.

The conclusion is that the trial has not been widely supported and that there has been no material shift in the behaviour of motorists using those roads. As a result, the trial is ending, the restrictions have now been lifted, and the signs will be removed.

Funding from the trial has come from the Department for Transport’s Active Travel fund which supports measures to bring about a modal shift to encourage people to walk and cycle more, especially where the journey is a short one.

“As part of this ‘living’ trial, a six-month statutory consultation period was in-built as part of the process to gather and assess the views of the public and stakeholders.

“The pre-trial user survey received 639 responses with 45% supporting it and 51% against the restrictions – however the overriding majority of the circa 200 comments and emails received during the trial have been negative. The majority of these comments came from motorists who had previously used the lanes as a short cut to the A390.

“We have taken all the feedback, alongside the monitoring evidence, to make an informed decision on whether there are grounds to make the trial permanent, amend it or stop it. On balance, the decision is to stop and not make the order permanent as we take on board the valuable lessons that have been learned.

“For example, competing priorities for police resources and the difficulties in enforcing a ban in an area where access is still required to properties and businesses within the impacted area. Any future schemes will essentially need to be ‘self-enforcing’ or managed through the use of technology, as and when moving vehicle offences become enforceable by the Council.

“We’re committed to putting the infrastructure in place to enable people to make more sustainable choices about how they travel. Road transport is one of the biggest contributors to carbon emissions and around a quarter of car journeys in Cornwall are of less than three miles. We all need to look at how we travel and the changes we can make – big or small – that can help make a difference. It’s good for our health, the environment, and – in these increasingly cash-strapped times – our wallets too.

“This trial has helped us to understand the pressure points – which is exactly why the restrictions were introduced as a trial and not a permanent change. I’m disappointed that we have been unable to make it permanent, but given the response from motorists using the lanes as a cut through, it’s clear we need to look at providing more sustainable transport options, to relieve pressure on the A390 as well as supporting healthier, greener and more affordable ways of accessing services.”

Cabinet to consider future of two of Cornwall’s leisure centres

Cases of COVID-19 at highest rate ever in Cornwall

20th anniversary of recognition of the Cornish language