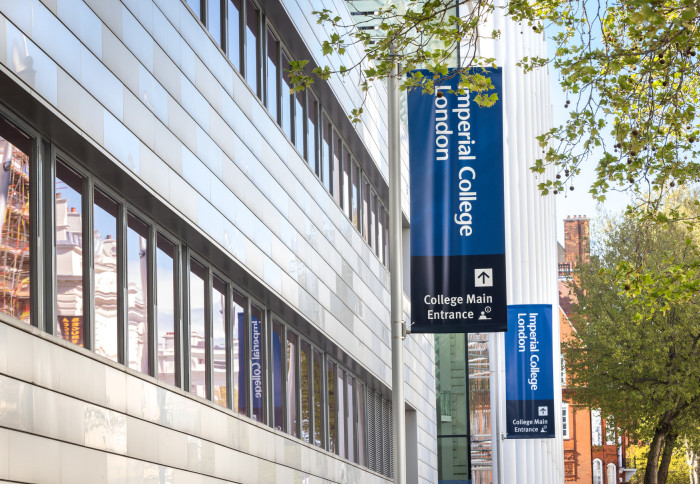 Five Imperial researchers from Engineering and Natural Sciences are among those who have received funding from the EPSRC New Horizons initiative.

The initiative, which is run by the Engineering and Physical Sciences Research Council (EPSRC), part of UK Research and Innovation, is providing £15 million investment to support 77 new research projects.

“The adventurous thinking displayed in these new projects underlines the ingenuity and imagination of our research base.” Professor Dame Lynn Gladden EPSRC Executive Chair

Projects selected for the funding focus on high-risk, speculative engineering, or information and communication technologies that could have a potentially transformative impact.

The Imperial researchers that have been funded through New Horizons are:

The five research projects have received around £200,000 each in funding from the EPSRC. 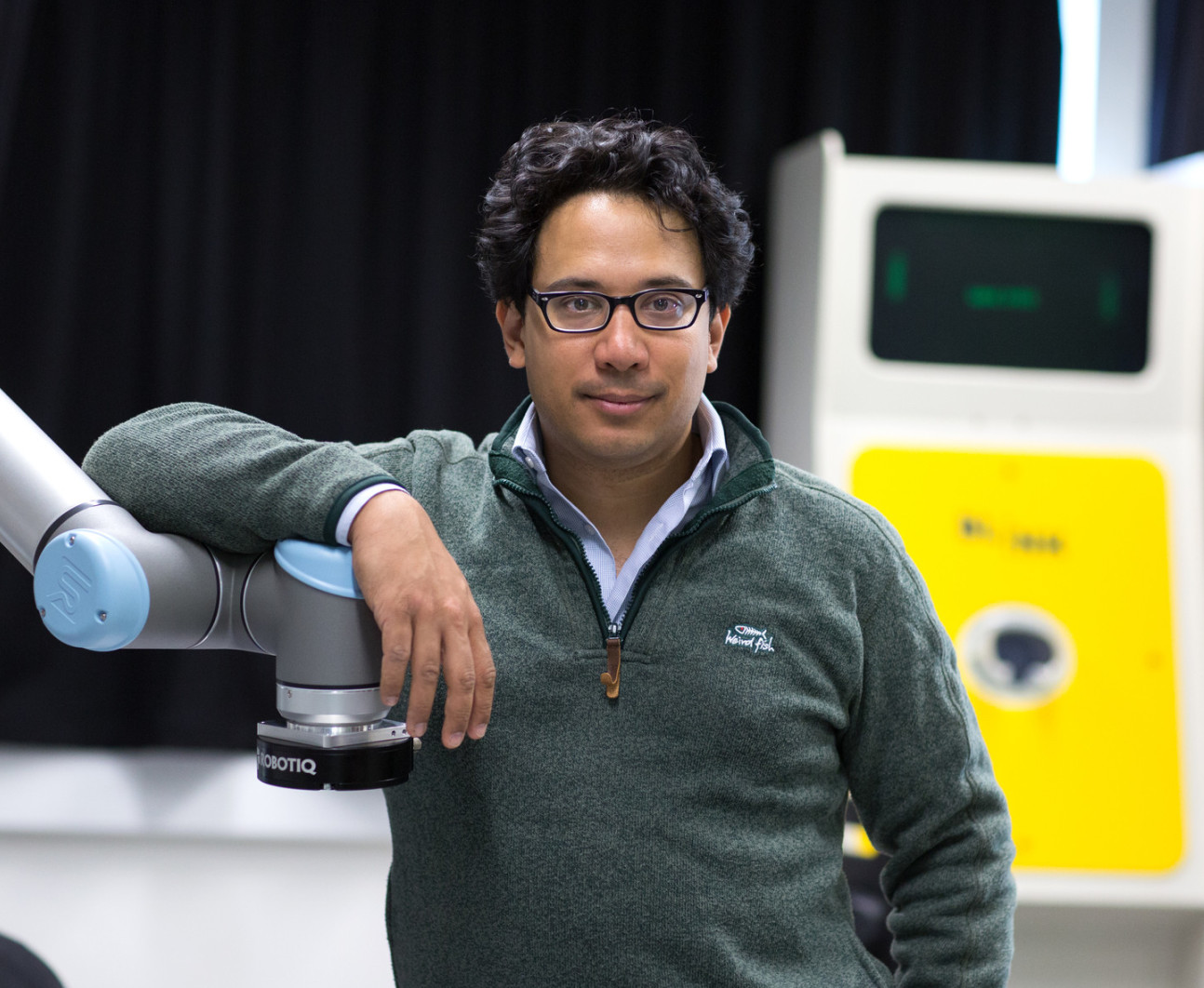 Neural interfaces often use implanted devices which can be invasive or require cumbersome equipment. These issues have previously led to low adoption rates for assistance or consumer devices. The researchers want to overcome these challenges by introducing ways of controlling gadgets, like keyboards, while retaining full normal use of hands.

Professor Faisal, working with Professor Dario Farina, received funding to develop a system that lets people control technology like keyboards and robotic limbs with their minds. The researchers say that their approach, called Wearable Deep Spinal Neural Interfacing (WDSI), could enable users to write on virtual keyboards as fast as with their fingers, or control additional robotic limbs, via a single wearable sensor, such as a smartwatch or armband.

Dr Di Michele, who has recently moved to the University of Cambridge, is working on constructing “artificial immune cells” which can selectively and controllably form “immune synapses” to target cancer cells. He hopes that this research could lead to the creation of novel therapies for disease.

Working with Professor Oscar Ces and Dr James Hindley, both from the Department of Chemistry, the team aims to improve artificial cells by replicating these highly complex cell behaviours. They hope this will boost our understanding of how the body selectively targets and kills disease cells, with potential future applications in cancer treatment.

Fluid mechanics is a major UK research area that studies the behaviour of chaotic fluids when in motion. As a field that relies on computational power, researchers are looking to quantum computing to boost our understanding.

Dr Magri’s received funding to create a framework and toolbox to combine high-performance computing with quantum computing to revolutionise our understanding, modelling and simulation of fluid mechanics.

Fluid mechanics is a major industrial and research strength for the UK, enabling new technology in transport, healthcare, marine and energy, with the sector employing 45,000 people in 2,200 companies and generating an estimated £14 billion output to the UK. 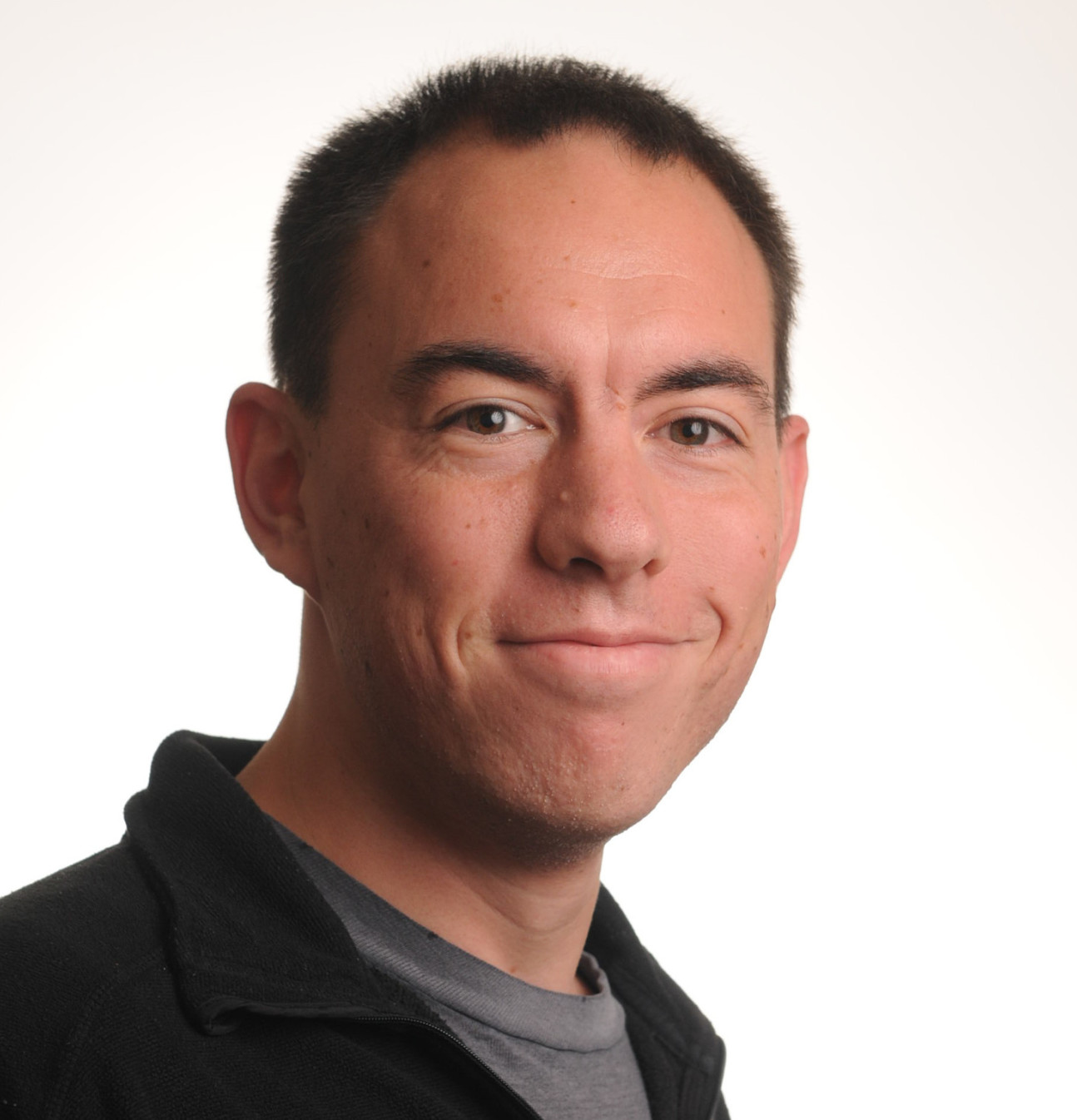 High-speed cameras let us see bullets in flight, the movement of electricity in a lightning strike, and the pop of a kernel of popcorn, but modern ultrafast cameras are limited in what they can see.

Dr Rowlands’ research aims to create the world’s fastest streaming camera, known as Streaming Continuous Optical Nanosecond Events (SCONE). The researchers hope the camera will increase the imaging speed of streaming cameras by a factor of up to 16 to capture rare events and serendipitous occurrences.

This system could be used to look at phenomena such as the effects of hyper-speed impact on satellites and space stations. It could also be used to study what happens in the body when ultrasound waves are used for therapies like delivering medicines to the brain via the blood stream, which cannot be captured by normal streaming cameras.

The field of turbulent flows is the study of gas or liquid fluid flows that are undergoing irregular fluctuations.

Professor Papadakis’ research aims to formulate a new approach for computing turbulent flows from observational data and applying it to the environmental problem of flow around a building as well as pollution and infectious disease dispersal.

While efforts to compute turbulent flows in simulations have improved dramatically in recent decades, doing so in real-life settings remains difficult, because problem parameters and boundary conditions are uncertain or not available at all. In these cases, the available observational data (for example, speed or pollutant concentration measurements) can be combined with the governing equations to recover the missing information.

The researchers hope that in the long term such research could be used to make calculations of disease transmission more reliable and to help people avoid exposure to harmful pollutants.

The latest round of investment adds to more than 100 projects which were funded by the EPSRC through New Horizons in 2020.

“The discovery-led science we support is at the heart of the research and innovation ecosystem.

“Engineering and physical sciences underpins and advances research across all disciplines, catalysing the breakthroughs and technologies that deliver benefits and prosperity for all of society.”