Nightclub ordered to pay £30,000 in fines and costs after woman falls 40ft from window

A nightclub has been ordered to pay a total of £30,499 in fines and court costs after a woman was locked inside the premises overnight and fell 40ft from a window while trying to escape.

At a hearing held at Bodmin Magistrates’ Court on October 25, The Club, High Cross Street, St Austell, pleaded guilty to two charges under Sections 2 and 3 of the Health and Safety at Work etc Act 1974.

An investigation was launched by Cornwall Council’s Health and Safety team after the woman fell from an upper floor window onto the tarmac below having been locked inside the building on 18/19 February 2019.

While at The Club, the woman entered part of the premises which is no longer in use. Confused and disorientated, she made her way down to a fire exit which she was unable to open. Believing she had become trapped in a basement she activated the fire alarm call point.

Staff thought the alarm had been activated in a different part of the building and checked the wrong area. No further steps were taken and the alarm was silenced.

Final checks by staff before closing the building for the night also failed to find her and she remained locked inside the premises. 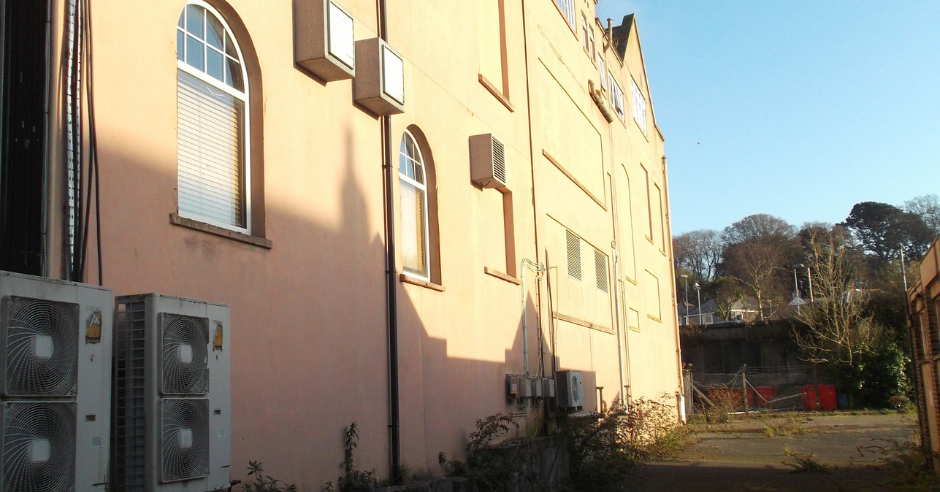 Picture caption: The woman fell from an upper floor window at The Club

During the night, the woman found her way into the glass wash area where she climbed onto a sink and accessed the window. After climbing through the window, she fell 40 feet to the yard below where she remained until she was found by a passer-by just after 7.30am.

The investigation by Cornwall Council revealed that safety systems at the time of the incident within The Club fell far below those which would be expected of such premises. Following the fall, a complete review has been undertaken and the deficiencies remedied.

Councillor Martyn Alvey, the portfolio holder responsible for Public Protection and Enforcement Services at Cornwall Council, said: “This is a really awful case where a woman has suffered appalling injuries.

“Thankfully incidents like this are rare, but when businesses put people at risk by failing to adhere to health and safety regulations we will not hesitate to prosecute.”