Halloween’s a scream for first-year Hair, Make-Up and Prosthetic students 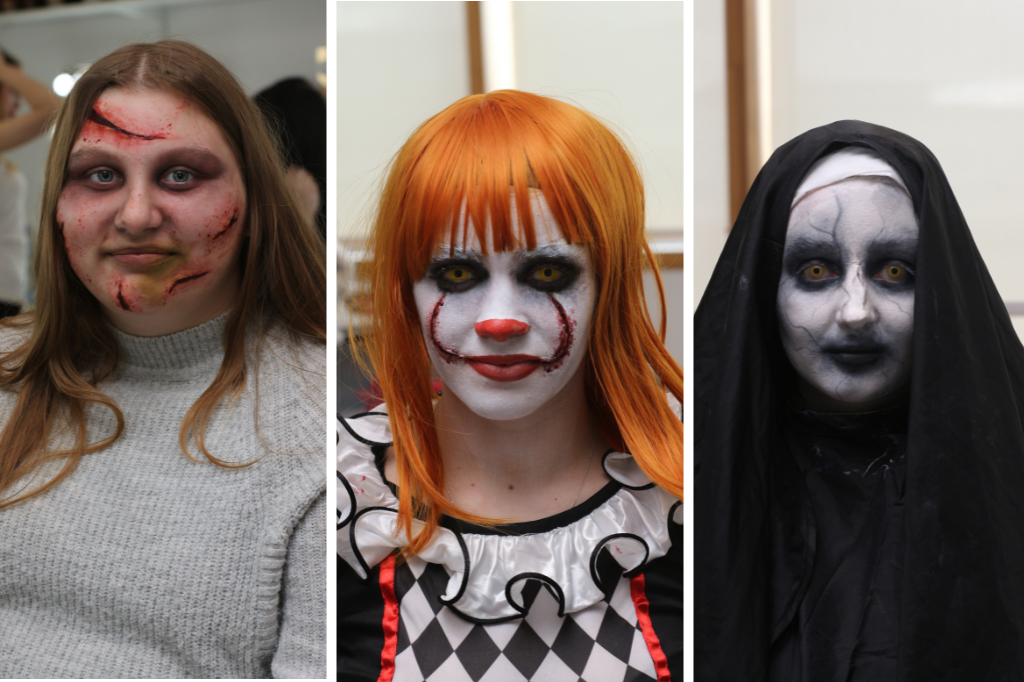 As the witching hour draws closer, Hair, Make-up and Prosthetic for Stage and Screen students at the University of Northampton have been getting into the spooky spirit and recreating their favourite Halloween villains.

Last week, first-year students were offered the opportunity to create their own ghoulish looks, testing their skills of continuity and recreation to bring a number of classic Halloween characters to life.

On creating her look, Mollie Goodger said: “I was really excited to get stuck into recreating our Halloween villain looks, and was particularly excited to play a part in reimagining the iconic Sanderson Sisters.

“The characters each have such unique looks and I enjoyed the opportunity to reflect Sarah Sanderson’s make-up qualities from the film, as well as place my own modernised spin on the final design.

“Overall, it took me roughly an hour to complete, and I’m really pleased with the final outcome. I’m looking forward to getting stuck into the next modules on my course now!”

Deputy Head of Subject for Culture – Media, Film and Special Effects Anthony Stepniak adds: “I’m hugely impressed with the creativity and talent displayed by our students who, having only joined the University four weeks ago, are already displaying promising potential for our next generation of hair and make-up professionals.

“The students are in the early stages of their studies and in the process of developing their skills, however many have come from experienced backgrounds, either self-taught or developed in professional practice. The looks on display pay testament to this – safe to say, it was certainly spooky to spot Halloween villains including IT, Jigsaw and The Nun wandering around the Creative Hub on a Monday morning!

“Opportunities such as this to explore their creative boundaries and stretch their abilities as they explore themselves artists are vital, and I look forward to following each of the student’s journeys throughout the next three years.”

Video interviews with Rebecka Hunt-Murphy, Mollie Goodger and Amy Spencer can be viewed below.

Find out more about studying Hair, Make-Up and Prosthetics for Stage and Screen at the University of Northampton.

University of Northampton to invest in social ventures

Getting back into employment scheme is working well despite the pandemic