A quarter of smokers would NOT try vaping – with many believing it is just as bad for you as cigarettes, a study found.

Researchers found tobacco users are ‘suspicious’ of e-cigarettes and have no desire to give vapes a go – despite health professionals urging them to do so.

It also emerged two thirds have attempted to kick the habit at one time or another – four times on average – but to date they haven’t managed to stop for good.

Stress, peer pressure and a lack of support were identified as the biggest reasons why they haven’t been successful.

Commissioned by Yorkshire Cancer Research, the survey of 844 smokers and 1,156 ex-smokers found the typical smoker has been puffing away for 22 years and gets through 12 cigarettes a day.

“But everyone is different, so the best way to help you give up is to get support from a local stop smoking service.

“These services understand people smoke for a whole host of reasons and know it is really hard to stop. 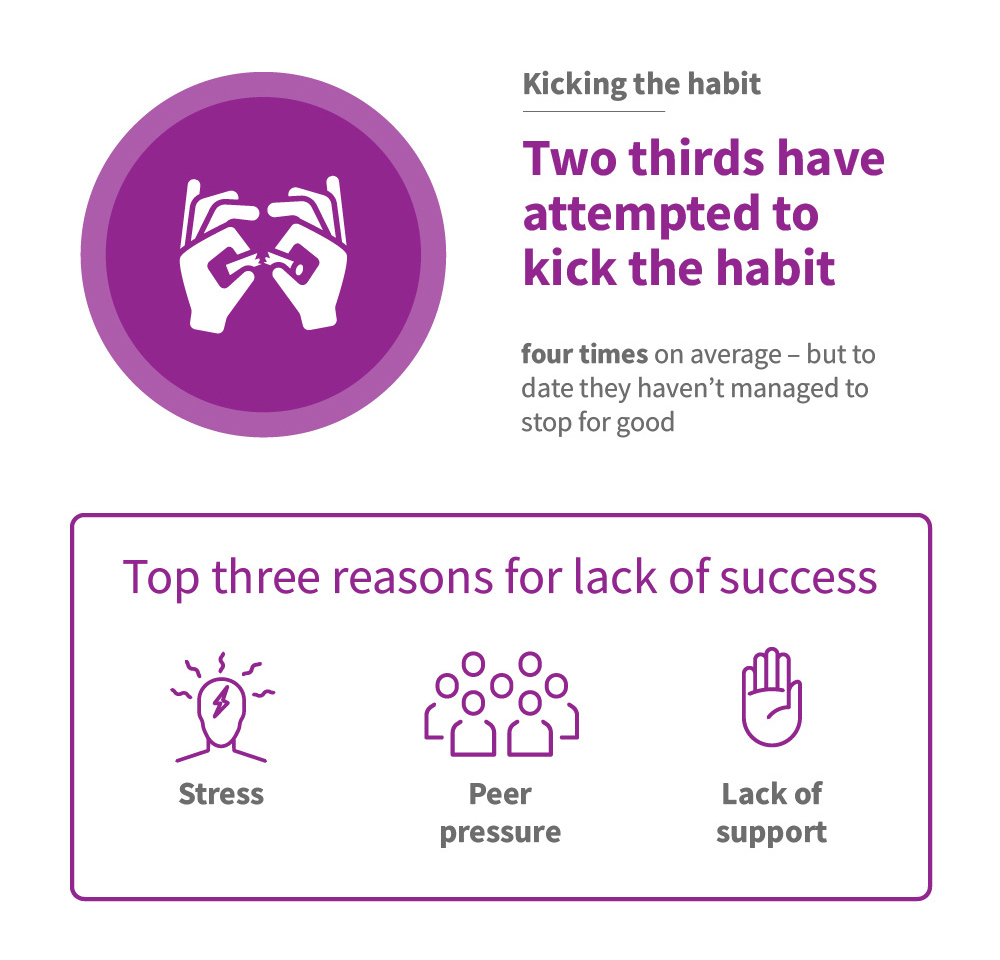 “They can help smokers quit using a method which suits them, whether it be vaping, patches or something else.”

The research also found one in 10 ex-smokers managed to give cigarettes the heave-ho by taking up vaping instead – saving £337.80 a year on average.

But 44 per cent believe quitting by going cold turkey is the best method – despite the NHS saying they’re actually four times more likely to give up for good with support from a stop smoking service.

Surprisingly the number one reason those polled want to quit is not health reasons (30 per cent) – it’s lack of money (43 per cent). 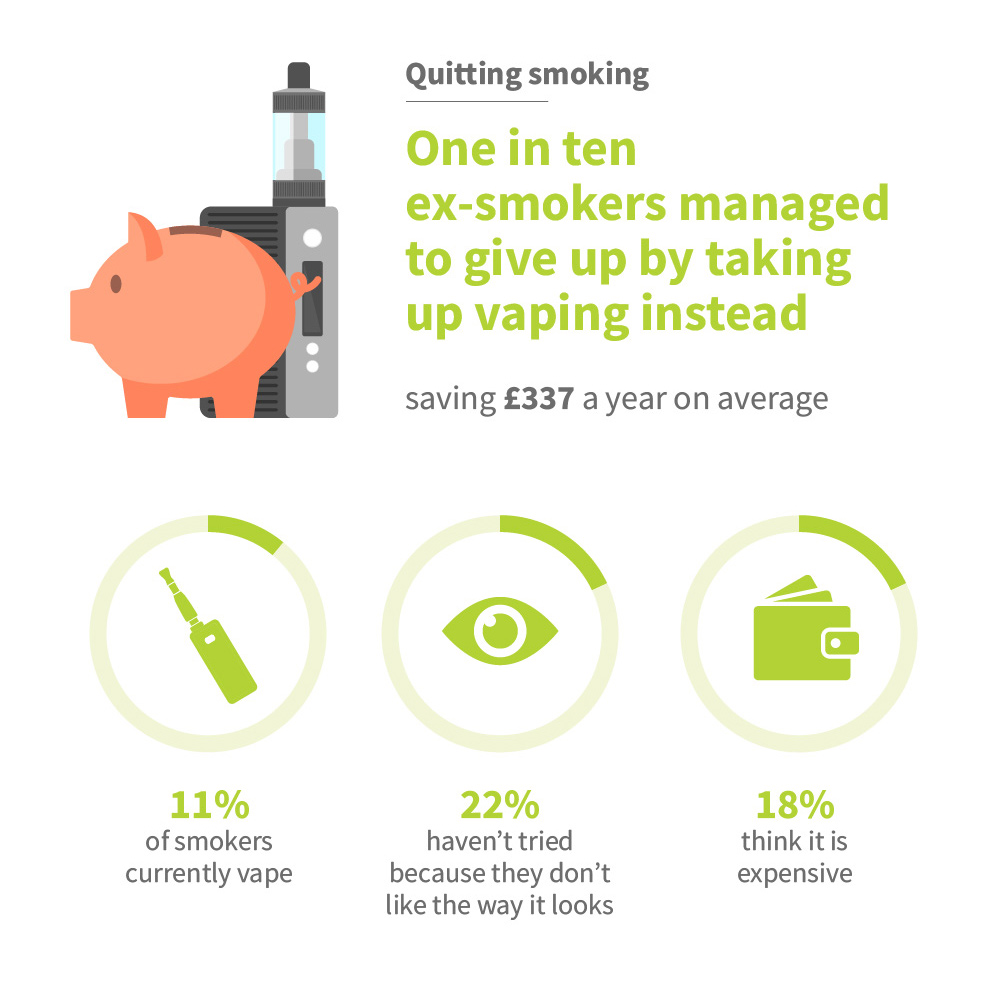 Other motivators include pressure from family or friends (23 per cent), becoming a parent or grandparent (20 per cent) and the death of a family member or close friend from smoking (16 per cent).

Thirty-nine per cent of smokers polled have stuck with the habit because they claim it relaxes them, 12 per cent carry on because ‘it breaks up the day’ and 11 per cent continue to puff away because their friends do.

Three quarters of everyone polled regret starting to smoke – reasons why include how expensive it is, that it makes your clothes smell and suffering from health conditions. 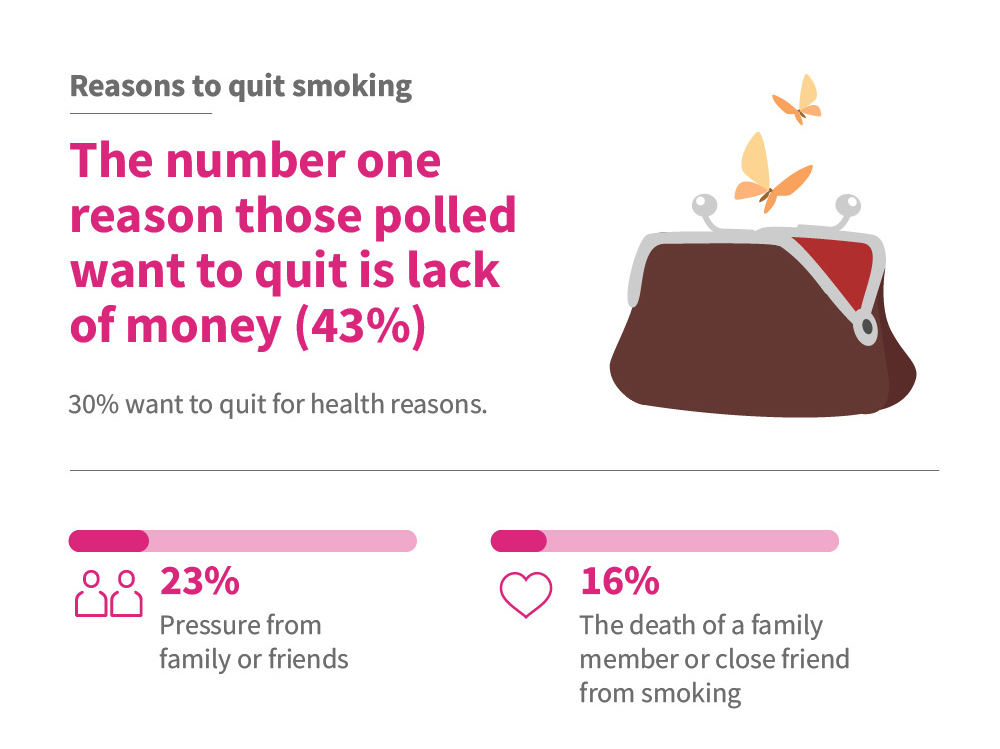 The Yorkshire Cancer Research survey carried out through OnePoll found more than half believe fewer people are smoking because it is not as socially accepted.
And 49 per cent think the smoking ban has had an impact.

Dr Scott added: “There are a whole host of methods for quitting and as the results show, many of those polled think cold turkey is the best way to stop.

“However those who use this method might be suffering needlessly – support makes quitting for good so much easier and so much more likely.”

Being Diagnosed with Cancer is More Common than Getting Married, According to New Research

6 Habits That Will Help You Ease Back Pain

CBD vs. CBG: How to Choose the Right Cannabinoid for Health

What is Testosterone and Why is it Important?