Post Views: 1,722
A receptionist has been hailed a hero after she saved the life of a baby boy she helped deliver in a hotel car park.
Cool-headed Karen Dyass, 46, sprang into action when Heather McSharry’s waters broke outside a Travelodge as the family stopped for a toilet break en route to hospital.
Mum-of-two Karen and Heather’s husband Matthew teamed up to bring little Michael into the world as paramedics talked them through the delivery from the other end of the line on speakerphone.
But as the new-born emerged Karen spotted he wasn’t breathing or crying.
As paramedics guided her through the process, courageous Karen popped her fingers into Michael’s throat and cleared his airways to enable the tot to take in air.
Karen then used Matthew’s shoelaces to tie the snapped umbilical cord back together to keep mum and baby ‘connected’.
Heather, who named their seven-and-one-quarter pounds baby after passer-by Michael Falconer, who ran into the hotel to get help, said yesterday: “I cannot thank Karen and Michael enough for what they did for me and my family. 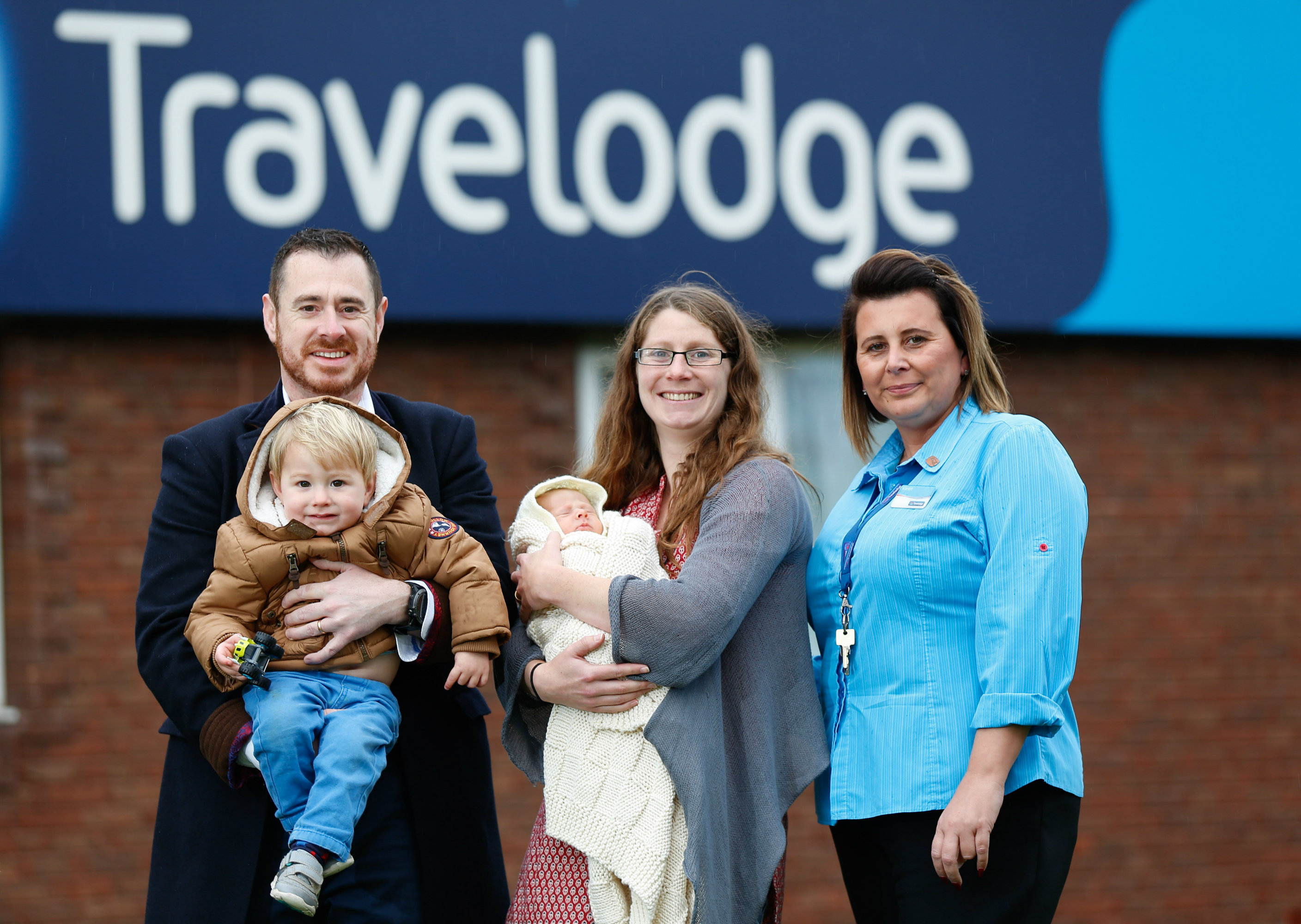 “Karen helped me deliver our baby and for that I will be eternally grateful.”
“When baby Michael was born he wasn’t crying and Karen’s immediately took charge and cleared his airwaves so he could breathe.”
“We were so lucky that there was a Travelodge hotel nearby – and that they employ staff like Karen. “
“Karen just stepped in and took control of a very difficult and scary situation. I cannot begin to imagine what would have happened if Karen was not there.”
Karen said: “I was just coming to the end of my shift and was totally taken aback when a man ran into the hotel asking for help, he said there was a pregnant woman outside who was in labour.
“Being a mum of two children, I know what a scary situation this is, so I immediately told a colleague to take over the reception desk and I grabbed a stack of fresh towels and ran outside.
“Heather was very scared and totally stressed out when I arrived at the scene but a few breathing exercises and lots of calm soothing words later – Heather was a little relaxed and in full labour.
“I was so scared too as I had never delivered a baby and didn’t really know what to do but I just stepped up and made keeping Heather comfortable a priority and remembered my situation and supported with lots of encouragement and held her hand.” 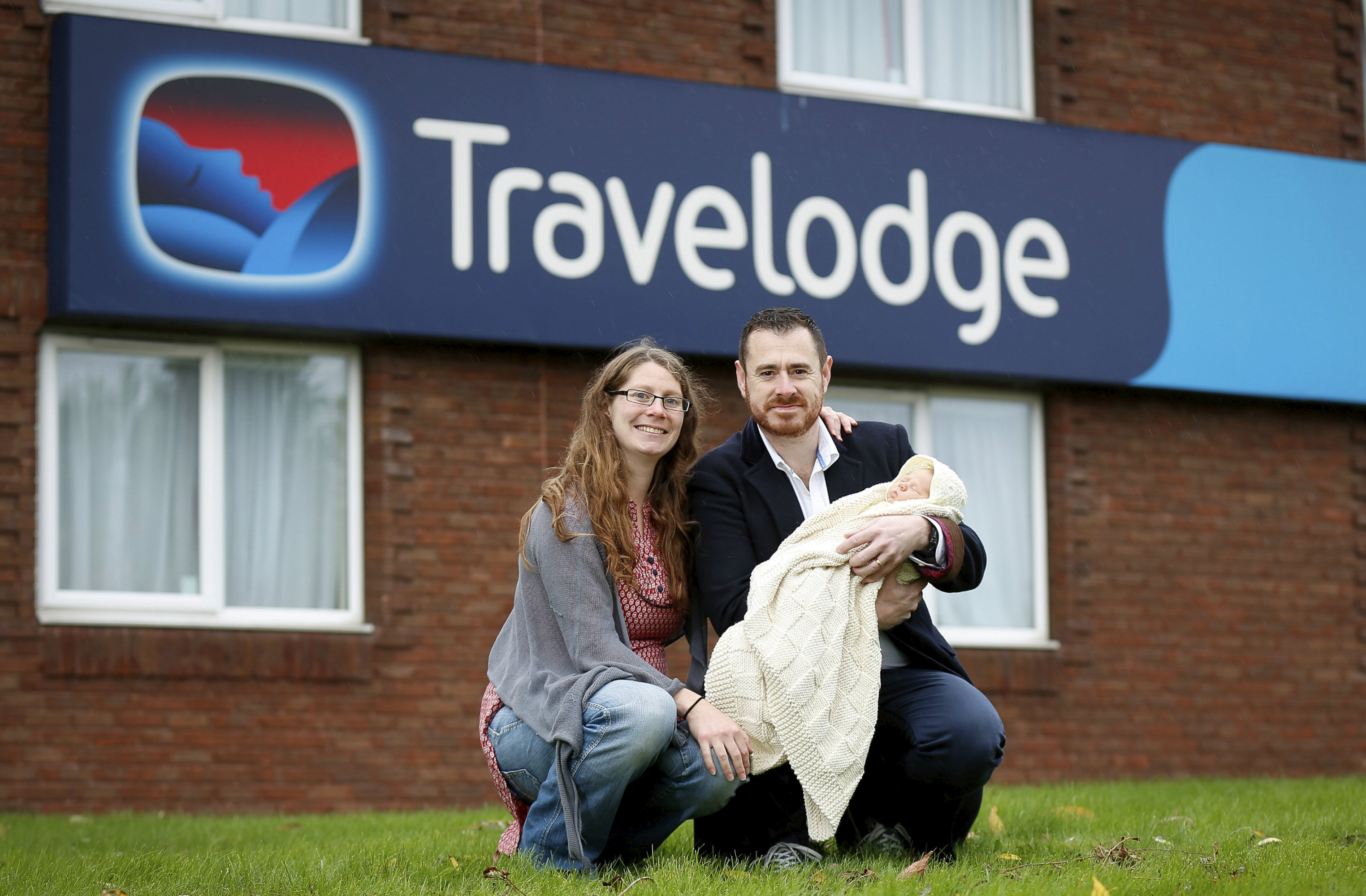 “It’s an amazing and remarkable feeling delivering a baby and very scary when he was not initially crying.
“My instinct just kicked in and I knew I had to do whatever it takes to save this baby. I was so relieved when he started to cry.”
Full-time mum Heather started to feel contractions during the evening of October 14 – four days before the due date – at her home in Scawby, North Lincs, so rang St James hospital in Leeds.
She was told to go in for a check-up, so the family piled into the car and headed off for the 60 mile road trip.
Before they had even reached the halfway point they were forced to stop so Francis could use the toilet at Doncaster North Services.
As supply chain manager Matthew took their little boy to the loo Heather immediately began to feel uncomfortable and quickly got out of the car.
Her waters broke and she began yelling for help.
Passer-by Michael Falconer and Karen, who was about to finish her evening shift, made Heather comfortable on a grass outside the Doncaster M18 Travelodge hotel.
Receptionist Karen ran into the back office and got a stack of fresh towels.
At this point, Matthew and Francis emerged from the toilet. Matthew dialled 999 and explained the situation to the operator.
Karen considered getting Heather into one of the hotel’s family rooms but baby was coming at such a fast rate mum-to-be Heather couldn’t be moved. 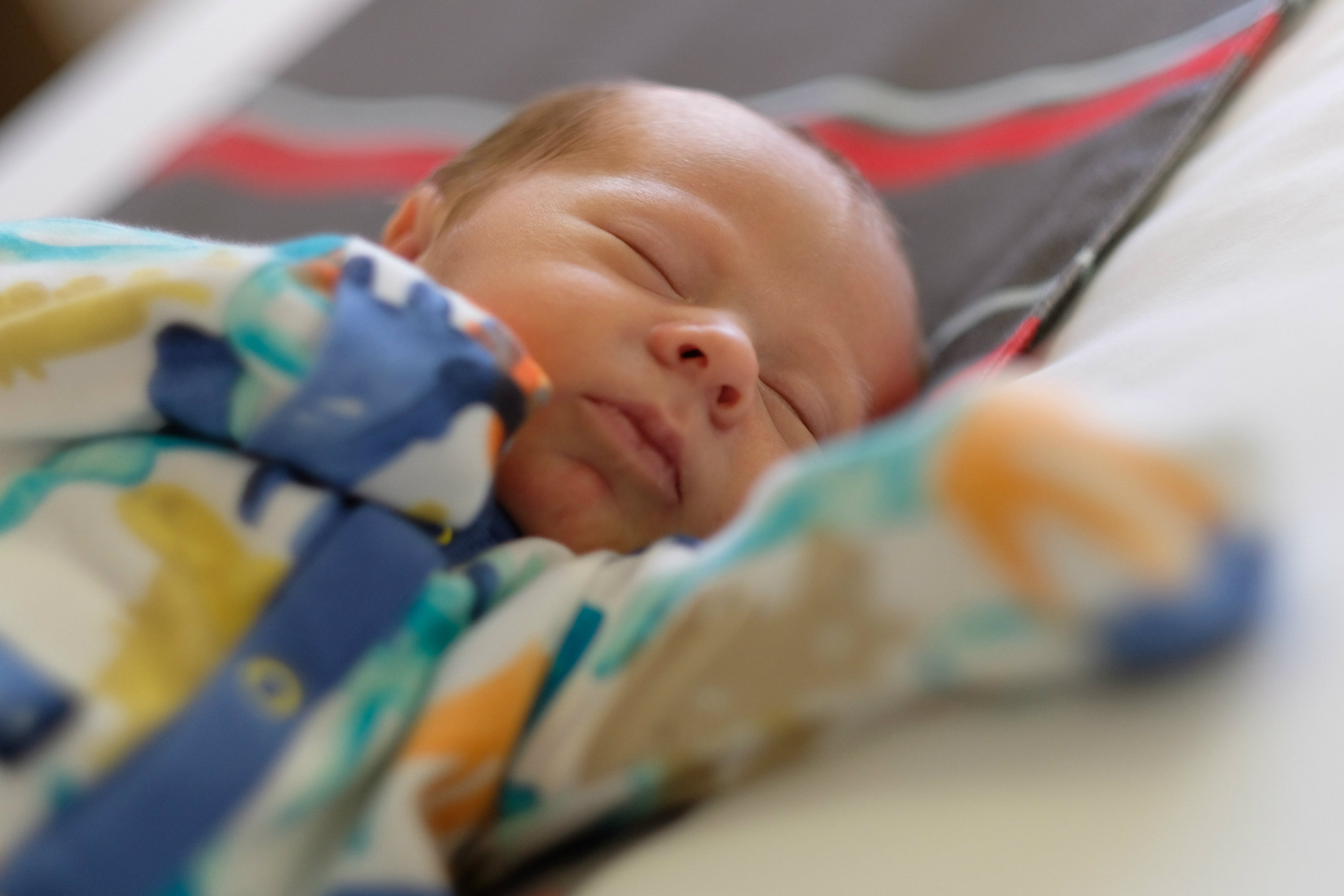 With no time to wait for the ambulance Karen took the lead and assisted Matthew and Heather to deliver baby.
After the birth, the ambulance arrived and took mum and baby to the hospital to be checked out.
Both were discharged two days later and are doing well.
Shakila Ahmed, Travelodge Spokeswoman said: “We are very proud of how Karen stepped in to help Heather and Matthew.
“Our hotel teams across our 552 hotels do an amazing job every day and sometimes they do encounter unforeseen difficult situations such as this. However we are constantly amazed on their bravery, compassion and determination to help people.”
“A huge congratulations to the McSharry family, we are so happy to hear that Heather and baby ‘Travelodge Michael’ are doing well.
“We look forward to welcoming the family back for a complementary weekend stay at one of our 552 hotels to have a relaxing family break and a much needed good night’s sleep.”
Show More