How faking a disability can get you in debt

Not only is faking a disability to claim benefits such as social security wrong, it is also very expensive. Not just to the government, but to the fraudster themselves.

If you’re caught faking a disability, you’ll likely be charged for fraud and have to pay significant court fines as a minimum. Unlike other debt, it’s very hard to get rid of unpaid court fines. You can’t get them written off through bankruptcy, and some judges even convert them to jail time if you refuse to pay.

One of the worst things about faking a disability is that it casts doubt on genuine and deserving claimants of social security. Because of a few fraudsters in the system, genuine claimants have to go through stringent checks which can be stressful.

In this article, we’re going to look at how disability fakers operate, and how faking a disability can get you into debt.

How can faking a disability get you in debt?

Faking a disability to wrongly claim social security can get you into debt, because when you’re caught, you can get charged both criminal court fines and civil court fines, up to double the amount you improperly received in benefits.

These court fines can be as high as $250,000 dollars, plus any civil fines you get charged, and if you don’t pay them, they will get passed on to debt collectors, which will harm your credit score.

Let’s look closer at disability fraud, and how faking a disability for money can get you into debt.

What is disability fraud, and how can it get you in debt? 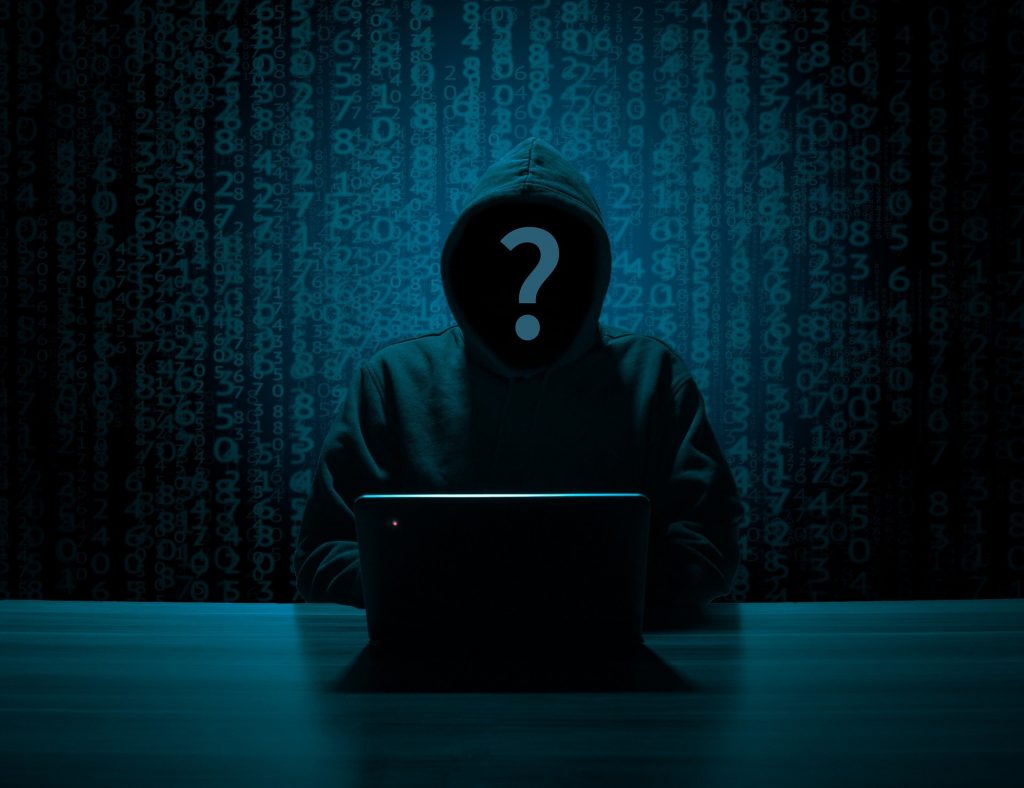 Disability fraud is when you receive payments intended for people with disabilities from the government, when you’re not actually entitled to receive them. This covers a wide range of situations, including stealing a social security number and using it to cash in someone else’s benefits, using a deceased person’s name to claim social security benefits, or faking a disability you don’t have, to claim benefits.

Disability fraud can also include situations where you’re entitled to receive disability support, but you don’t tell the Social Security Administration (SSA) about a change in your circumstances that alters the amount of money you’re entitled to, for example, if you move in with a partner who has a higher income.

As we mentioned above, disability fraud can get you into debt, because when you’re caught faking a disability for Social Security payments, among the possible penalties are court fines. These fines can be huge, and if you refuse to pay them, they will get passed on to a debt collection agency.

Debt collection agencies like PRA Group in the US and the UK can be very persistent in recovering debt. When court fines go to collections (which means they get passed to a debt collection agency), debt collectors like PRA Group will contact you via letter and phone call, and add extra interest and charges for non-repayment, which can include an additional 28% collection fee. If you don’t pay court-ordered fines, the court can seize things such as your bank accounts, and if you don’t pay a court ordered fine, debt collectors can apply to have some of your wages garnished (taken off) before you even receive them.

Generally speaking, there are two types of social security support in the US for those who are disabled and unable to work – Supplemental Security Income (SSI) and Social Security Disability (SSDI). You have to apply for both through the Social Security Administration (SSA).

Social Security Disability payments are earned through work credits (you need to earn up to 40 to qualify, and can earn up to 4 per year), and are financed by employer and wage contributions. You don’t need to earn below a certain income to qualify.

Unlike SSDI payments, supplemental Security Income (SSI) payments based on having limited income and resources. You don’t need to earn work credits for SSI. Your personal circumstances, for example, who you live and other income can affect how much you receive.

Both SSI and SSDI payments are open to abuse by disability fakers. According to the Office of the Inspector General (OIG) which investigates social security fraud, forms of disability fraud include:

How does the government catch disability fakers? 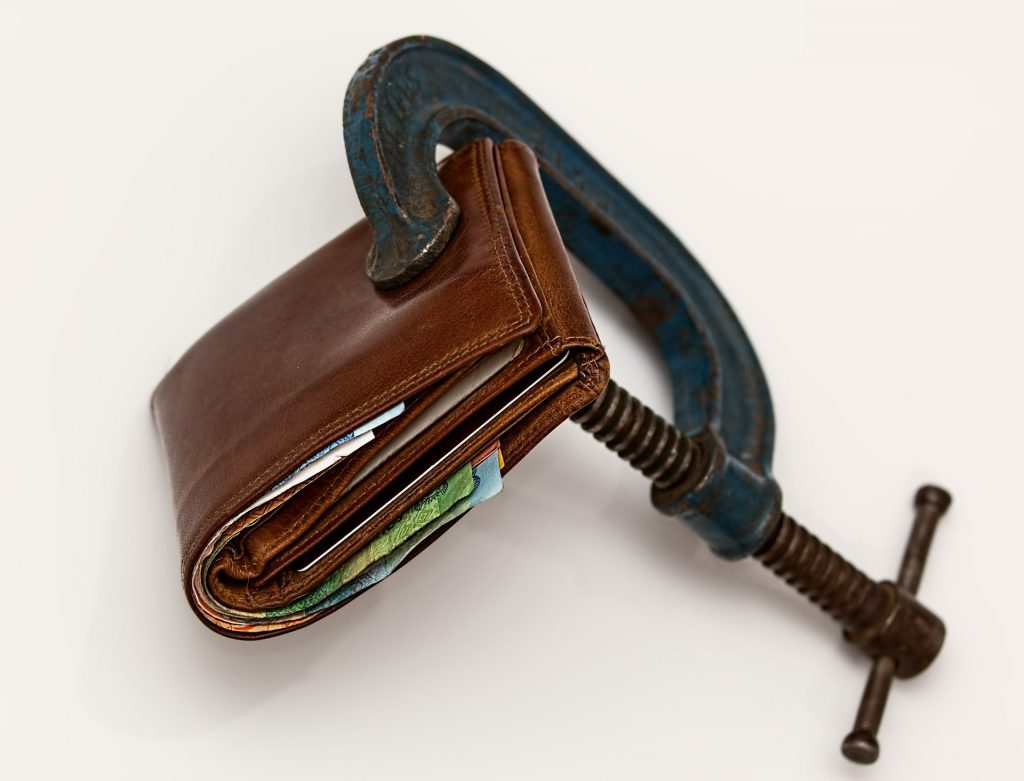 The US government has a variety of ways to catch and charge disability fakers. The Office of the Inspector General (OIG) says that it “aggressively” pursues claims of fraud, and aims to act on reports within 45 days. The OIG have an online form where you can report suspected fraud, or you can contact the Office of the Inspector General’s fraud hotline at 1-800-269-0271.

Once the OIG receives your report, they can’t tell you what happens to the person you report, nor can they tell the person that you reported them. However, they may take steps including:

How much can faking a disability cost someone in debt?

Faking a disability can cost someone a huge amount in debt if they get caught. As well as fines, they can face up to five years in prison, which can seriously affect a person’s finances, and increase their likelihood of sinking into debt. A massive 27% of formerly incarcerated people were unemployed in 2018, and people with criminal records disproportionately struggle with low income and debt.

Faking a disability can have such expensive consequences for a person, because you can be charged both criminal fines, and civil fines by the OIG.

As well as civil fines, the OIG also have the power to impose administrative sanctions on a person who deliberately and knowingly provides false or misleading information, or fails to report information that could affect the amount of money they’re receiving. During these sanction periods, social security payments stop for 6 months in the first instance, 12 months for the second and 24 for each instance after that.

Criminal penalties for faking a disability for social security purposes can be up to $250,000 in fines. In addition, the OIG has the power to charge you double what you stole from the benefits system, under a law called Section 1129. As of January 2018, you can pay a CMP of up to $8,249 for each false statement, omission or conversion of someone’s benefits for your personal use, for example, if you are supposed to be managing your step-sister or elderly aunt’s benefits, and use them for yourself.

This is a huge amount of debt to deal with, unless the fraudster happen to have hundreds of thousands of dollars lying around that are rightfully theirs! Not only this, but court-ordered fine and penalties are really hard to make disappear. Court penalties can’t be written off through bankruptcy, and while benefits overpayments are usually cancelled by bankruptcy, this isn’t the case if someone has committed fraud.

The law is more severe for people in positions of trust who commit disability fraud. These people, for example, doctors or social security workers, who use their specialist knowledge to manipulate the system are called ‘fraud facilitators’. They have to pay more in fines for each false statement, representation or omission they make to SSA to fraudulently apply for or receive benefits, and their maximum prison sentence is 10, rather than 5 years.

If you don’t pay your court fines, the court has several ways to get the money from you. They will send your debt to a debt collection program who, if you continue to refuse to pay, may suspend your drivers’ license and vehicle registration, garnish your wages and bank accounts and place a lien on your house if you own one, which means that they have the right to seize your property if you don’t pay your court fine debts.

What if I can’t afford to pay my criminal and civil court fines?

Obviously, there is a difference between someone who refuses to pay fines and someone who simply can’t. While judges can sentence you to jail if you refuse to pay a fine, this isn’t the same situation as not being able to afford it. The court will consider your ability to pay by looking at things such as your current income and bank account balance, and if you agree to pay some portion for your debt, you can probably avoid jail.

How much does disability fraud cost the US government?

According to predictions, the trust fund that provides millions of Americans with social security will be depleted by 2035 (although this number fluctuates). The SSA says that all improper payments – which includes fraud, as well as admin errors and genuine mistakes – are estimated to be about $3 billion per year.. However, the SSA estimates that it made as much as $7.9 billion improper payments in 2019.

Now that we’ve discovered how faking a disability can get you into debt, we hope you’ve found it an informative read. Not only is disability fraud very harmful to genuine claimants of social security, as it can potentially cast doubt on their conditions and adds unnecessary stress to their lives, but it can be very expensive to the fraudster, if they are caught and have to pay hundreds of thousands in debt.