How Caroline Black of Dechert Leads the Way in Corporate Investigations

Every practice area has its own preeminent lawyer who is an authority figure and go-to expert. To achieve a reputation of excellence, these lawyers have had to capitalize on their unique skills and experiences in the modern and hyper-competitive legal market to push the boundaries with their legal representations to make a name for themselves. An example of one such lawyer is Caroline Black of Dechert LLP, who is a London-based white collar litigation partner for the firm.

Established in 1875, Dechert LLP is a prominent global law firm with operations spanning 12 countries. It has experienced substantial growth in recent years, making headlines in 2019 when it hit the US$1 billion revenue mark. While Dechert has a wide range of practice areas that help it to stand out from many smaller firms, its highly regarded white collar practice—which Caroline Black is a key member of—is one for which it is particularly known.

Black began her legal career in 2002 when she joined international firm DLA Piper as a trainee solicitor. Prior to this, she attended the University of Birmingham and Nottingham Law School. She joined Dechert’s ranks from DLA Piper in 2011 as a senior associate, quickly rising to partner level in January 2015.

In the 10 years since Caroline Black joined Dechert, she has specialized in white collar defence and corporate investigations, acting as a trusted advisor to individuals and companies involved in some of the world’s biggest and most complex cases. As a leader in the corporate investigations field, she acts as a criminal defence lawyer and provides expert counsel to organizations, boards, and audit committees on conducting investigations and interacting with national authorities such as law enforcement, tax bodies, and fraud investigators. Black also has a proven track record in advising clients on how to respond to and defend themselves against criminal or regulatory prosecution, as well as how to comply with raids on corporate and personal premises.

Describing what most appeals to her about her practice in a recent interview with Lawdragon, Black states, “What I enjoy most about white-collar investigations is that every day brings a different challenge. I’ve always been someone who thrives under pressure and I enjoy being at the “sharp-end” of the profession.” 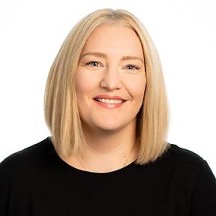 A ‘Pragmatic’ and ‘Engaged’ Leader

Dechert’s position as a global, full-service firm often sees it retained by high-profile clients for some of the most complex and prominent legal cases, and as a result, the firm and its lawyers have received countless awards and accolades over the years. Caroline Black’s work at Dechert is no exception to this, and since rising to partner level, she has been the recipient of several accolades for her accomplishments in her white collar representations.

In 2016, Black was named a “Rising Star” of litigation by Legal Week and The Legal 500 UK recognized her as a “Leading Individual” in 2019 and 2020 because of her “ability to keep cool in complex and stressful situations”. In 2020, Chambers UK ranked Caroline Black of Dechert as an “Up and Coming” practitioner. She has also been recognized as a “Future Leader” by Who’s Who Legal on two separate occasions.

One of Black’s most significant representations to date is the landmark Airbus SE investigation. This saw her act on behalf of Airbus over the course of four years on a multi-jurisdictional investigation that involved serious allegations of fraud, bribery, and corruption.

In this case, Black played a leading role in successfully coordinating a global settlement totalling €3.6 billion with the UK’s Serious Fraud Office, French Parquet National Financier, U.S. Department of Justice, and U.S. Department of State, which is widely believed to be the first coordinated settlement of its kind. Black and her team also developed and deployed an innovative global disclosure strategy for Airbus, which underpinned the company’s collaboration efforts with enforcement agencies.

Other career highlights for Caroline Black include advising an international investment fund in its investigation of wrongdoing and diversion of funds in various jurisdictions around the world by members of former management and advising a large investment fund in relation to allegations of corruption that involved investigations by the UK’s National Crime Agency, the United States Department of Justice, and the United States Securities and Exchange Commission.

Black also leverages her experience investigating and defending organizations to maintain an active regulatory compliance practice. She regularly provides assistance to national and international organizations on how to better identify internal corruption and financial crime risks, in addition to advising on the design and implementation of robust compliance measures. Black also undertakes M&A due diligence work on behalf of multinationals. She has been described as “very pragmatic… efficient… capable, engaged, hardworking, and widely respected” by her clients, which illustrates her reputation as a lawyer at the forefront of the corporate investigations field.

Do you have an SME? This is How Virtual PBX Hosted in the Cloud Might Help Your Business Grow

Tips to Increase Sales in Your Business- OchatbotF

4 Characteristics to Look for in Best Revenue Cycle Management Companies