Although it was only in the 1970s that public art began to be thoroughly discussed in academic circles, it is clear that society had transformed public space through art long before that. The most familiar and widespread examples of this practice are the construction of monuments, memorials, and statues, however, the first appeared in prehistoric ages.

Each era has its own approach to public art. Just as the ancient Romans created sculptures of emperors, and graffiti became popular in the second half of the 20th century, digital art is becoming more widespread in our time. This modern and interactive direction takes the experience of viewing art in public space to a whole new level.

Most often, artists use media screens to broadcast digital art on the streets. At first, screens were used only for commercial purposes, such as advertising a product or service, but it soon became clear that this tool could be multifaceted.

Some media screens merely display static images or videos, while others contain an element of interactivity. Interactive screens change under the influence of the public and the external environment, reacting to stimuli such as movements or sounds. For example, Duo is a multimedia installation by Virginie Brunelle and Hub studio, consisting of two LED screens, which are located opposite each other. They show the dance of two people, which transforms when a person passes the screen. 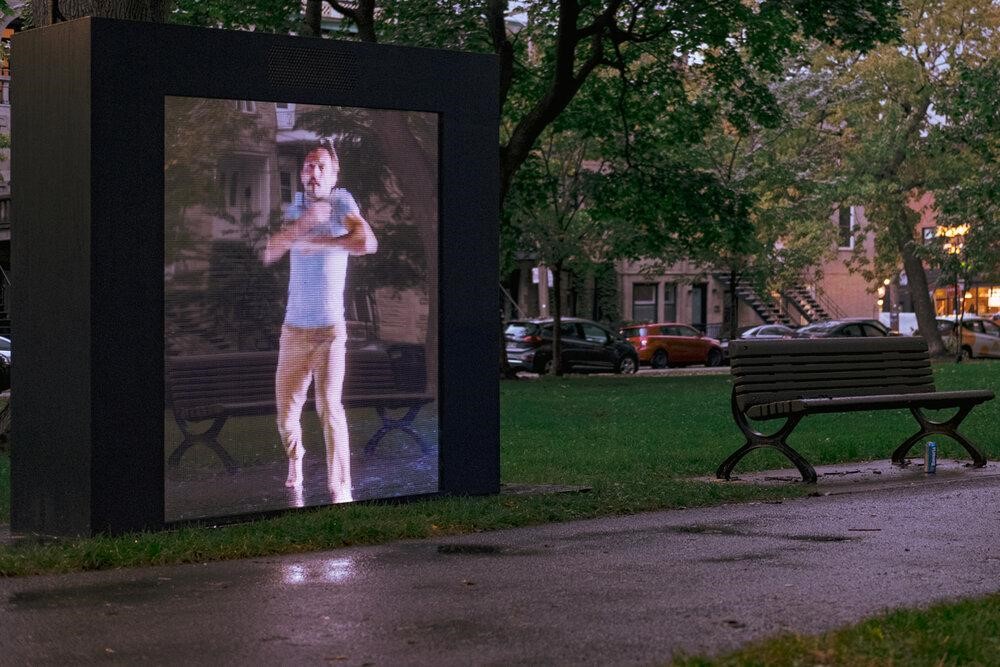 Media facades are the same screens or displays integrated into the walls and roofs of buildings. They are created using LED technology and the curtain wall system. An excellent example of a media facade is the GreenPix media wall, located in China. 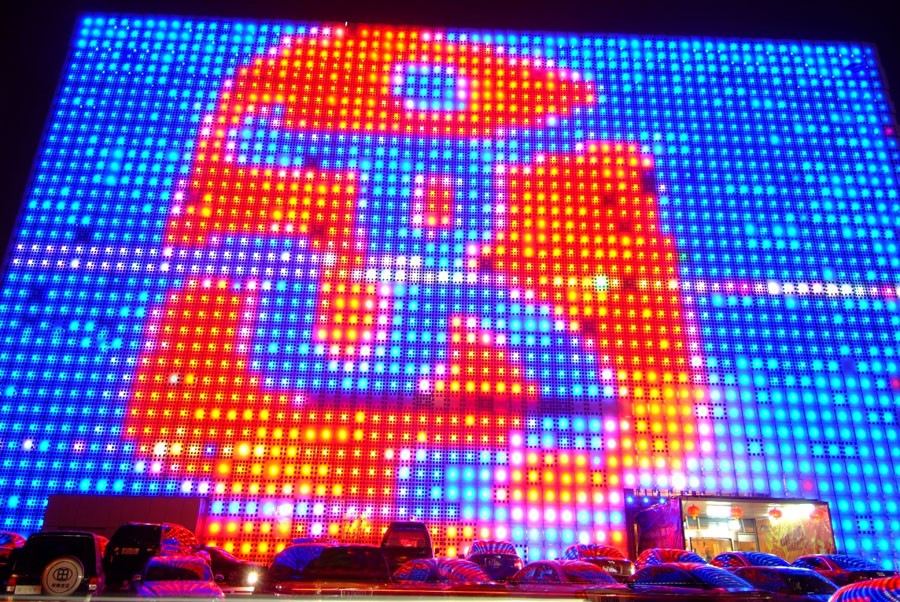 The GreenPix media wall is notable for the fact that it was created from the largest color LED display in the world. This media wall showcases video installations and live performances by artists in Beijing’s public space.

AR or Augmented Reality is a technology that allows you to integrate digital elements into your physical environment using your phone’s camera. One of the earliest and most common examples of AR projects is Pokemon Go. Today, not only game developers but also artists are turning to augmented reality technology to create immersive art experiences. They most often do this by posting a QR code for their artwork in a public space.

A noteworthy example is Allan Berger’s Multi-Spot World AR Experience at Hyde Park, which is an AR itinerary throughout five locations in Hyde Park, London, powered by a special Instagram effect.

This format can combine many tools and technologies including video, 3D images, LED screens, and even holograms. Unlike classical statues and sculptures, their digital counterparts are gamified and offer many more interaction options.

One example includes the digital sculpture SYMULAKRA, which is located in Warsaw. The shape of the sculpture is influenced by car traffic, the intensity of mobile Internet use, as well as statistical demographic data. 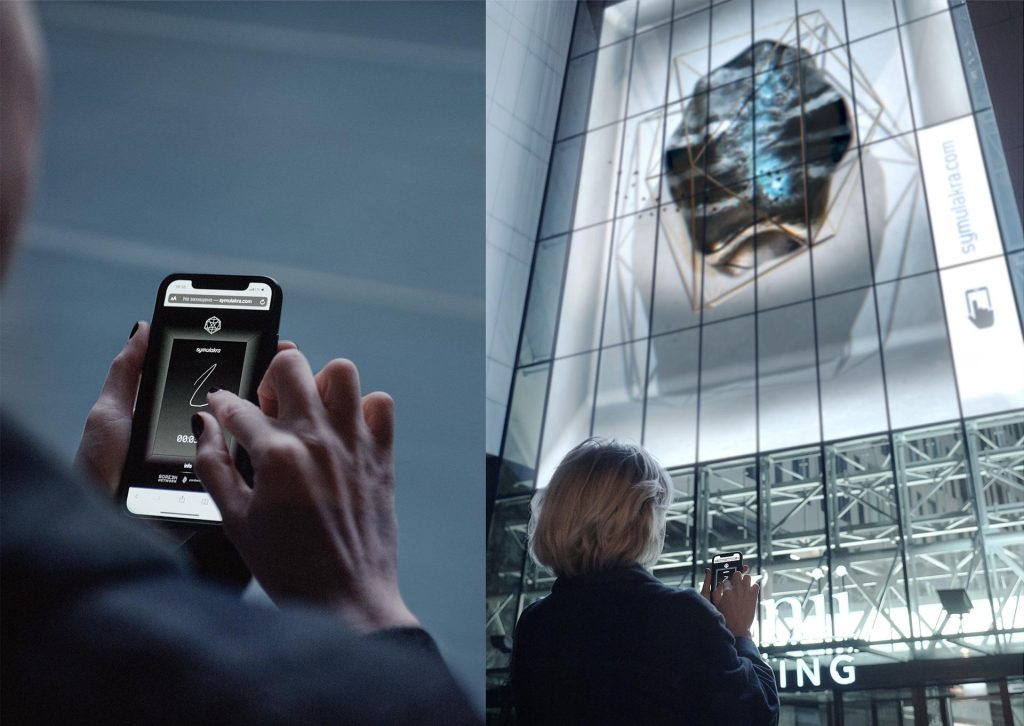