The average British woman wears just FIVE outfits on a loop, a study has found.

Two thirds admit their wardrobes are brimming with t-shirts, trousers and dresses which they rarely wear, because they always reach for their favourites.

And due to prioritising a small number of garments, the nation’s females say at least one third of their entire wardrobe is never worn.

The study revealed most have just one pair of preferred jeans, four t-shirts and three jumpers or cardigans which regularly make it out of the wardrobe.

In addition, one third will wear the same pair of black trousers for every single night out and seven in ten will rely on the same dress for all special occasions.

And women aren’t alone in their habit of picking more ‘comfortable’ wear – of the 1,000 men who were also polled just over half admited they don’t wear at least 30 per cent of the clothes they own.

Oxfam carried out the study to launch their Donation Drive to encourage the public to have a clear out and drop off their neglected stuff to Oxfam shops.

Spokeswoman Fee (corr) Gilfeather said: “Men and women up and down the country are secreting away thousands of pounds worth of clothing which they aren’t wearing for one reason or another.

“It would seem we constantly reach for the dress, trousers or top which we feel most at home in, and the rest of our wardrobe remains untouched.

“We suspect there are many items of clothing housed at the back of people’s closets which they’re never likely to wear again.

“Just one bag of good quality stuff could raise £15 for Oxfam – that’s enough to give life-saving clean water to 15 people in an emergency.”

The study also found three quarters of women wear clothes on rotation because they fit well and feel comfortable.

A further third have a staple ‘work wardrobe’ they wear over and over. The same percentage also revert to their standard ‘going out’ outfit.

A quarter of ladies said they simply couldn’t be bothered to think about what they’re wearing.

One in ten tend to reach for the outfits they’ve received the most compliments for.

Women are also more likely to own clothes which don’t fit them properly compared to men – with 73 per cent of ladies and 60 per cent of men admitting they have many items which are the wrong size.

Men have three ‘work outfits’ worn on a loop, while women have four. But men are less likely to worry about friends noticing they’re wearing the same clothes all the time.

The OnePoll.com study found in addition to the wardrobe, many other rooms in the house are over-flowing with unused items.

Four in ten men and women said they have cupboards throughout the house which are bulging with books, toys and kitchenware they rarely use.

The average adult estimates they never use at least a quarter of the contents of their kitchen cupboards, and although bedrooms are home to the most unused items this is closely followed by the kitchen.

In addition to clothing, the average person has CDs, DVDs, books, and shoes lying all over the house unused.

One third admit to having crockery which never sees the light of day.

Three in ten have jewellery which is never worn. And 27 per cent have airing cupboards containing bed linen which is years old.

Fee Gilfeather added: “We’re obviously a nation of hoarders – as this poll clearly shows the majority of us have unwanted items sitting around our homes.

“Say ‘NO MORE’ to those clothes you never wear, the books you’ve read, the DVD double-up…you’ll feel great for it, and if you bag it up and bring to your local Oxfam shop, it’ll change lives, too.” 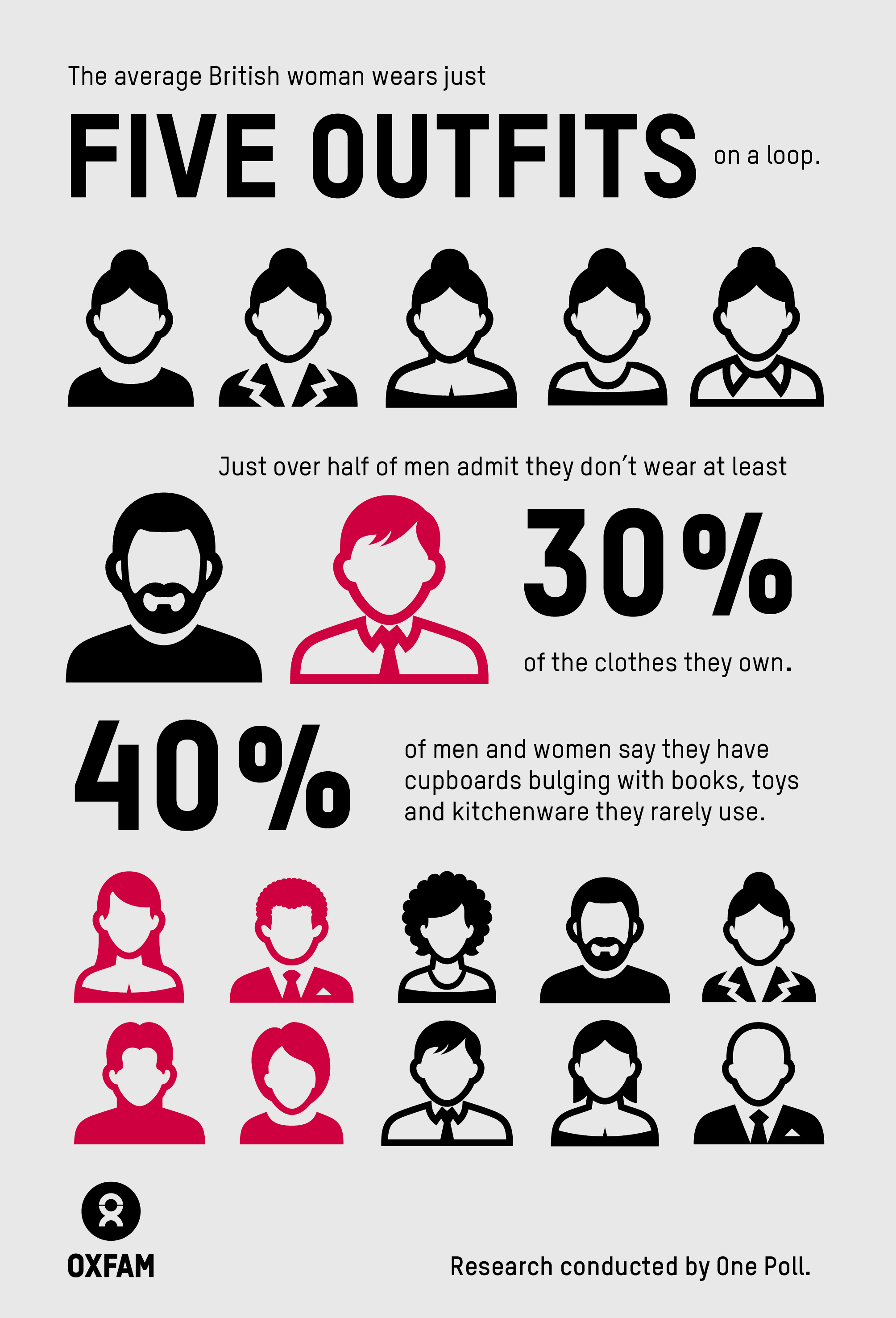 The art of a work-life balance

Be Prepared for any Emergency With These Tips

4 Tips For Beating The Winter Blues