One fifth also believe those who wear glasses appear more trustworthy and one in 10 think they improve your chances of getting a promotion.

However, spectacles won’t help you get served at the bar any quicker according to half of the 2,000 people polled.

And 68 per cent agree glasses will not make you more likely to get let in by other road users when driving.

Commissioned by Scrivens Opticians & Hearing Care, the research also found 32 per cent of glasses wearers think they are perceived ‘differently’ when they wear glasses – compared to when they don’t.

Scrivens spokesperson Adrian Ellis said: “The results go to show just how the simple addition of glasses can alter people’s perception of someone else.

“Perhaps this perception stems from how intelligence has traditionally been symbolised on TV, film, theatre and so on.”

Seven in 10 Brits wear prescription glasses – and of those who don’t, one in 10 have worn ‘fake’ glasses for fashion purposes or to alter people’s perception of them.

Amid this, 13 per cent of non-glasses wearers admit to being envious of those who wear prescription eyewear.

On the flipside, 63 per cent of glasses wearers like how they look in specs, while four in 10 feel more comfortable in themselves when they have them on compared to when they don’t.

And around one in five men think glasses make people look more attractive while 12 per cent of females feel the same way.

Adrian Ellis added: “People who need prescription eyewear should not hesitate to take that step because it will improve their sight and give them a whole new outlook.

“They should not be concerned about how others view them because they will see the benefits.

“Today’s glasses are more practical, stylish and with a wide choice of frames to suit people’s needs, lifestyles and personalities.

“We would advise people to have regular eye tests to check if they need glasses and to monitor their eye health.” 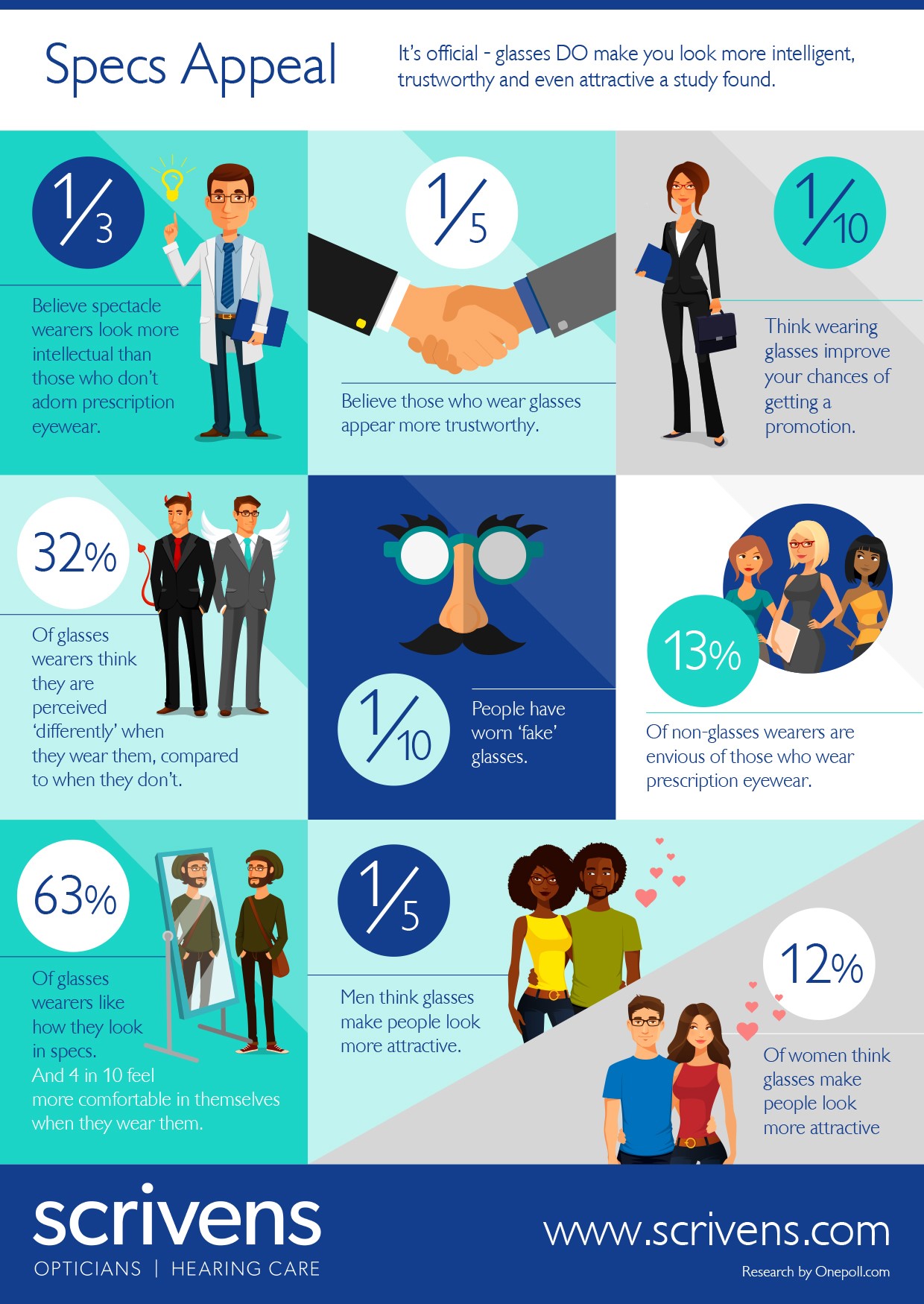 Pressure from family, friends and TV is plunging Brits into debt at Christmas

Wedding Anniversary Gift Ideas: From a Key Chain Set to The Star in the Sky

21% of Brits Are Concerned About Waste

Top Reasons Why It Is Important to Have a Workstation