Researchers finds Brits are clueless about the rules of the road

Millions of motorists are clueless about the sequence of traffic lights, a study has found.

Researchers found more than one in 10 believe a single amber light is followed by a green signal, while 13 per cent mistakenly think it goes to a red and amber together.

Less than three quarters correctly said it leads to a red light.

More than half also have no idea that cursing a fellow motorist could result in a fine of 75 per cent of your weekly income while 48 per cent don’t know it’s illegal to pay at a drive-thru with a smart phone if your engine is on and your handbrake off.

The stats emerged in a quiz created by Jardine Motors Group as part of its ongoing campaign to help raise awareness of road safety, with only TWO PER CENT of the 1,558 drivers who took part getting all 12 questions correct.

Spokesman Matt Wrigley said: “Everyone works hard to swot up before their driving test, but how many of us actively keep up to date with the rules of the road?

“Our Driving Genius quiz highlighted a number of areas where misunderstanding exists, particularly around new rules which have been introduced since that magical moment that we passed our test.

“For example, over a quarter of respondents could not identify the correct penalty for using a handheld mobile phone.”

It also emerged just half of drivers know you are allowed to use your mobile phone while driving to call 999, while one in five didn’t realise it’s illegal to flash your headlights at others to warn them of a speed camera.

Around one in seven were also unaware that it is an offence to use a handheld phone while supervising a learner driver.

And in the event of a breakdown on the motorway with an animal in the vehicle, just 45 per cent thought leaving them in the car was the best course of action.

Instead, 48 per cent would get the animal out and keep them by their side, while more than one in twenty would stay in the vehicle with them.

Worryingly, one in 100 drivers even admitted that rather than pulling into a service station to have a rest when you are feeling tired, they think you should simply put your foot down to your destination in less time. 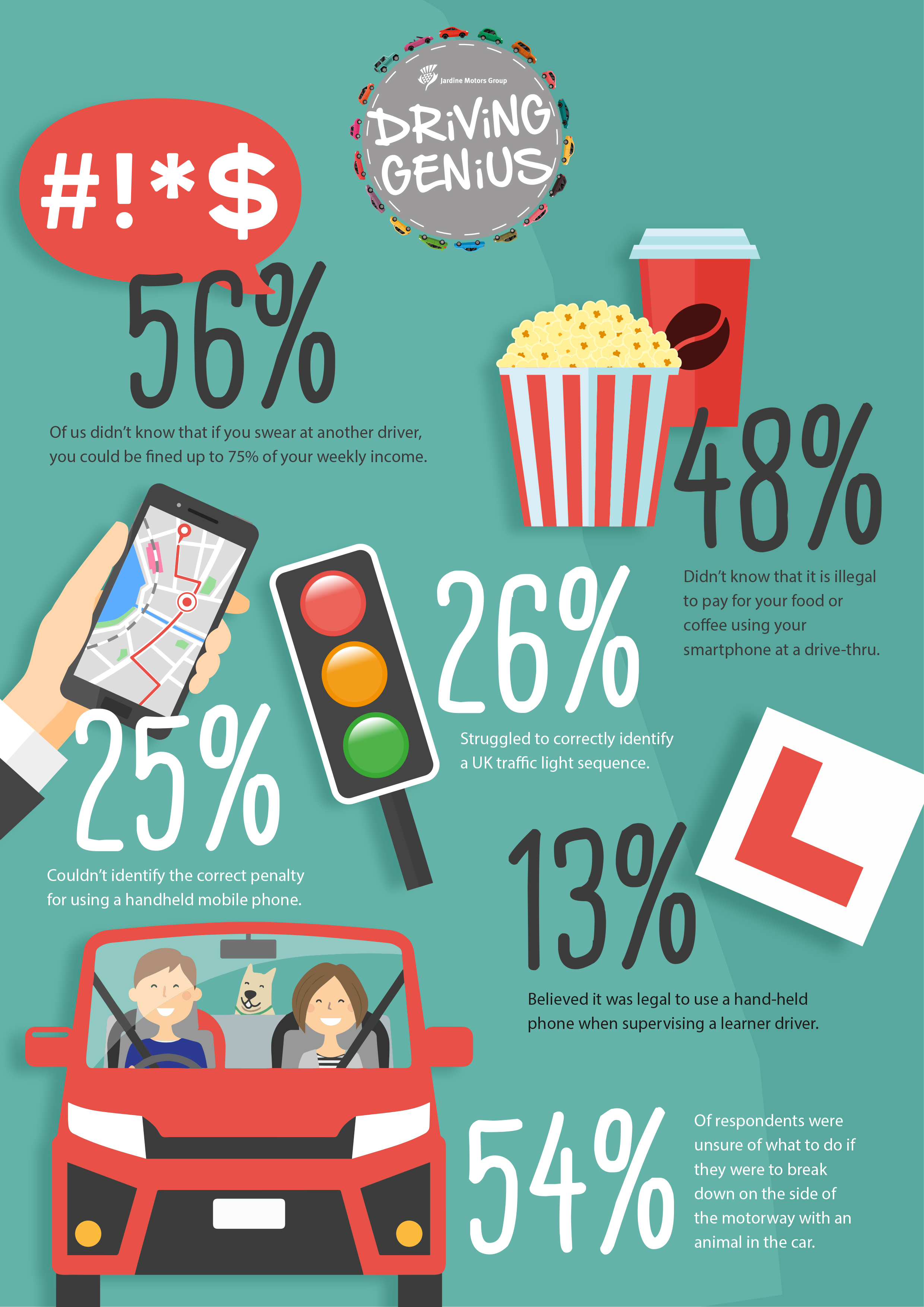 The Best-Selling Vehicles in the UK

The Car Maintenance Checklist: Helping You To Keep Your Car Running Right

How To Choose Floor Mats for Your Vehicle

Hit and Run Victim Left Frustrated by Baltimore Police. What the Law Says

Avoid Falling Victim to Fraud When Buying a Car