Technology is always a driving force behind business and as new technology is developed, it changes the way that business is done around the globe. If a business wants to succeed in the current climate, it’s essential that they adopt new technologies and adapt their business model to incorporate the changes that these innovations are inspiring in the business landscape.

The last few decades have seen such rapid advances in technology and in just the last 5 years, we’ve seen the likes of artificial intelligence, data sharing, and automation take huge strides. These technologies are changing every aspect of our daily lives but it is business that will be the forefront of these new advances. If you run a business, these are some of the new technology trends that you need to be aware of.

5G is considered the backbone of the new technological world by many. Advances in so many different areas are limited by the infrastructure that is already in place and cannot move forward without access to widespread, high speed internet. But with the introduction of 5G, a whole new realm of technological possibilities is opened up. It is set to increase network speeds from anywhere between 10 and 100 times, which will have massive knock-on effects on so many different technologies. It is believed that widespread access to high speed internet will have a big role to play in the adoption of driverless cars and delivery drones from companies like Amazon and Uber Eats.

The huge potential of 5G means that there is a race to be the first country to launch it, with China, the US, and South Korea all planning to implement it in the near future. The Trump administration even blocked a Qualcomm-Broadcom merger due to fears that it may give China an advantage in the race toward 5G.

At present, it is not clear what the full effects of 5G will be on the business world but it is clear from the international reactions to it that it will bring about some large scale changes. As a business, it’s important that you do some research into the potential benefits of 5G for your business because you don’t want to fall behind the competition when these changes start to take effect.

Automation is a trend that has already made wide scale changes to the business world but it will only become more important in the future. So many businesses are using automation software to streamline processes and cut back on the number of employees that they need. For example, most businesses are already using sales automation CRM software to manage their sales funnel. It can collect data about customers and track all of your communications with potential customers. This information is then used to make suggestions about which customers are more likely to convert to sales, meaning that all of the menial work is handled automatically and the sales team can focus solely on the selling.

This is just one example of how businesses are already using automation but there is new software being developed all of the time which can automate different areas of a company. This will naturally mean that companies don’t need to employ as many people which is good news for them as it means that they can save money but it does leave some unanswered questions about the workforce. 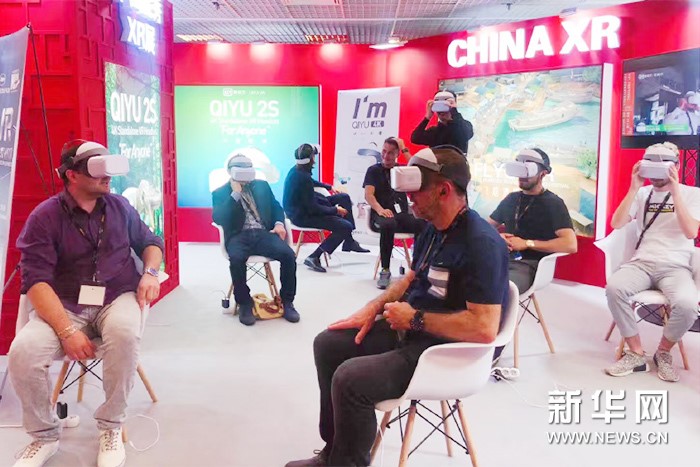 Virtual reality and augmented reality is so popular at the moment but currently, it’s used primarily for leisure. Virtual reality games, for example, have really taken off and the technology has come on leaps and bounds in the last 5 years. But now businesses are looking at different ways that they can use virtual and augmented reality for things like marketing or PR. These technologies are already in use by companies like Specsavers, a glasses retailer in the UK. They have recently released an app that allows you to use the camera on your phone to virtually try on their glasses without having to go into the store. Similar apps have been developed by furniture companies so you can see what a particular piece of furniture would look like in your living room.

This opens up a whole load of possibilities for companies because it allows them to show you exactly what a product will look like when it’s in use, which they haven’t been able to do before now. 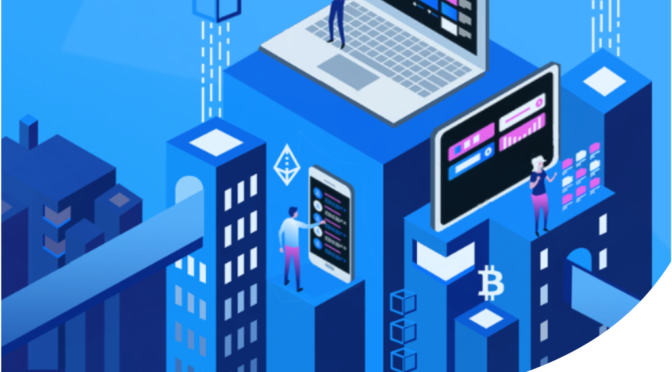 Blockchain is another recent technological innovation that is now making inroads into the business world. Most people associate the term blockchain with cryptocurrency but that is only one of its uses. Now that the cryptocurrency boom has started to subside a little, people are exploring more uses for this new technology and it actually has a lot of great business benefits.

The main benefit of blockchain is that it’s decentralized, meaning that the information stored on there is not accessible in one single place. This means that nobody can gain control over that information and it’s far more secure, which is a priority for businesses as the risk of cyber-attack and data loss increases. It is used for cryptocurrency because it is secure and it cuts out the middleman (the banks) so it’s more secure and there are no transaction fees to deal with. However, it also has a lot of non-financial uses in the business world.

There is potential to use it for managing supply chains and identifying inefficiencies, which means that businesses can improve their productivity in a very significant way. It has also been tied to another recent technological innovation; the internet of things. It is believed that the blockchain could be used to manage and operate complex networks of products that are connected to the internet. These could be household items like the smart thermostats, fridges, and lights that we already have but there is potential for them to be used in a business setting as well.

These technology trends are likely to change the face of business in the next decade so if you’re a business owner, you need to be prepared to adopt them.

Build an app for your business without coding

Two-Thirds of Firms Still Do Not Have a Data Strategy, Survey Reveals

Surprising Benefits of Biometric Wall Safe You Should Know