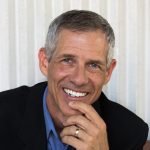 After 17 years, J. Wiley and Sons, Inc. Publishing released all rights for the publication of the book and products associated with No Excuse Leadership; Lessons From the U. S. Army’s Elite Rangers back to Brace E. Barber. Mr. Barber originally signed a publishing deal with Wiley in 2003 in preparation for writing a book covering corporate leadership from the military perspective. Mr. Barber was involved in the rapid growth of his first start-up venture at the time and had to extend due dates for the new book. In the process, Wiley suggested that the company gain the publishing rights to Mr. Barber’s book, Ranger School, No Excuse Leadership in order to publish it and distribute it to a wider audience. The parties agreed and it started the 17-year run that ended on April 13, 2020.

“I am grateful to Wiley for the fantastic support over the course of our relationship,” said Mr. Barber. “Wiley is a top-notch organization.” Mr. Barber has since been involved in the founding of another start-up company pursuing advanced armor technologies and the purchase of a company involved in the production of small arms. Throughout the years, he has maintained his keynote speaking schedule covering leadership and strategy topics. Mr. Barber updated and republished Ranger School, No Excuse Leadership on March 30, 2020.

Mr. Barber said, “I’m excited about the new life that Ranger School is receiving.” The original manuscripts were full of what Mr. Barber calls “authentic” Ranger School language and not appropriate for some audiences. He edited out the harsher language in the new version making the book completely palatable for younger audiences. Mr. Barber highlights that one of the values of the book is that it explains for the spouses and families of Ranger School graduates what the experience is like. The nicer language may make it easier to read for this audience as well.

The book is currently available on Amazon in trade paperback and eBook.

About Brace E. Barber
Brace E. Barber is a graduate of West Point and of the U.S. Army’s Airborne and Ranger Schools. He served as a combat arms officer in the Army for 11 years, leading three platoons and two companies. After leaving the Army, Brace co-founded two companies and purchased a third. He is the author of three books, Ranger School, No Excuse Leadership, The Art of War, Organized for Decision Making, and TESTED: A New Strategy for Keeping Kids in the Faith.

BARE FOR GOOD: USING CONSCIOUS FASHION TO BRING TO LIGHT THE STRUGGLES OF GARMENT WORKERS IN THE COVID‐19 CRISIS

Is Family Chatter At The Dinner Table Dead?