Imagine the scene: pile of clothes to wash, lunch to prepare or that day of doing home office in which numerous urgent demands at work appear. You have tried to distract your young son with books, paper and crayons, but he has started to scratch the walls. She gave him plastic pots and wooden spoons to keep him entertained, and it didn’t last long. In desperation to solve his tasks on time, turn on the TV on a cartoon channel or give the tablet in his hand. And then, as if by magic, you get at least 30 minutes without hearing “morning!”

In an increasingly connected world, it is not uncommon to see children and even babies with cell phones in hand, “tablets” and other devices with screens. What can be a distraction for them and a time of relief or a break for tired or busy parents can also hamper the child’s development. The concern of experts with this is such that recently the American Society of Paediatrics advised against the use of these devices for children under 2 years old. Recently, the World Health Organization (WHO) issued a guideline restricting the recreational use of screens for children under 1 year old, reinforcing this recommendation.

According to new research, conducted at the Children’s Hospital of the University of Toronto, Canada, it indicates that the more “screen time”, the greater the risk of babies having delayed speech development.

In the study, professionals followed more than a thousand children between 6 months and 2 years, attended at the institution between September 2011 and December 2015. Of these, 219 (20%) had reports from their own parents of using devices with screens at an average 27.8 minutes daily. They were then assessed using a standard system to identify problems in oral communication. According to the researchers, the results of the analysis show that, for every 30 minutes of “screen time”, the risk of the child having a delay in speaking rises by 49%.

Portable devices are everywhere today, and although the new pediatric recommendations are to limit the screen time of babies and children, we continue to realize that the use of smartphones and “tablets” by them has become quite common. That is why the importance of this study, the first to report an association between screen time with these portable devices and a greater risk of delay in language expression.

At early stages of life, the child is not able to understand what is virtual and what is real. Thus, the use of this equipment can also hinder children’s cognitive, emotional development and sleep, in addition to increasing the risk of exposure to content inappropriate for their age.

One of the main factors for this impairment in children’s speech development, identified by the experts in the research, is the social isolation that these devices can cause. Many parents demonstrate that they believe that the use of screens stimulates the child, but we need to pay attention to what these devices do not do, as they fail to promote spatial, temporal orientation and interaction with each other, important factors in the child’s development. 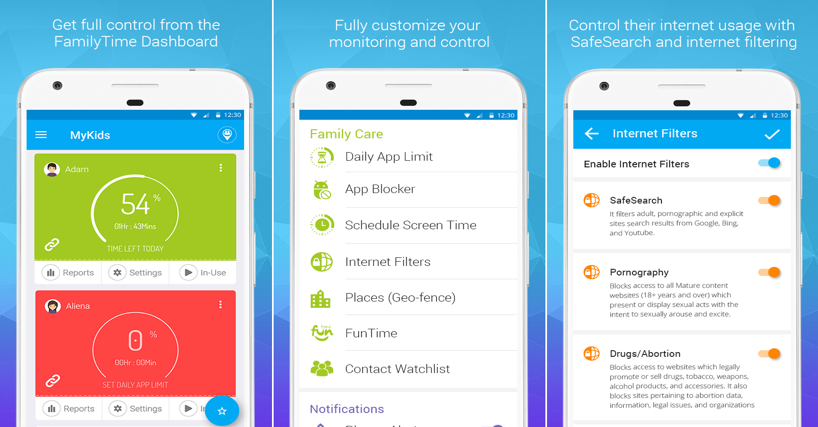 So, how can we limit children’s screen time?

There are many ways but the most peaceful solution to limit kids’ screen time is using the Android parental control app such as FamilyTime android parental control. The app lets parents schedule a remote lock on kids’ devices along with managing their consumption. If you wish to see how does the app work, give it a try for free.

With this, it is good to remember that these consequences of increased screen time are also valid for adults. So, put aside the screens a bit and value the time with other activities. We know that we have no way of not having contact with technology, so present in modern society, but investing in moments of socialization and direct contact with nature bring countless benefits to the body and mind.

What Is The Future Of Smart Homes? Let’s Explore

Do You Consume Fake News?