Switzerland’s Journey To Become The Crypto Hub of Europe

14 companies in Switzerland’s blockchain industry have a value of more than $1 billion, the country states.

Globally, there are about 900 “unicorns” – start-up companies that are privately held and worth more than $1 billion. Most of them are in Europe, China, the United States, India, and Israel.

People in Switzerland and the neighbouring principality of Liechtenstein were home for about 1,128 blockchain companies and businesses at the end of 2016, up 18 percent. There were just over 6,000 people working there, up 16 percent, from the previous years.

In the CV VC Top 50, the people who made it say that Switzerland is the best place to start a business in the field of blockchain.

The regulatory environment in Switzerland’s Crypto Valley and the number of experts, service providers, and academic institutions in the area keep things going strong.

There was a lot of talk about how the Swiss government set up a legal framework to use distributed ledger technology last year, as well as how security tokens could be traded on regulated secondary markets.

Over the next few years, more than half of the Swiss banks are said to be planning to offer digital assets services.

Switzerland’s rivals in the offshore world include Europe, the Cayman Islands, Gibraltar, the British Virgin Islands, and most notably, Liechtenstein, which has a lot of finance.

Some of the banks in these places seem to be very open to crypto projects that offer a wide range of services to the crypto industry.

Recent talks between the Ministry of Finance, the Swiss National Bank, the regulator FINMA, the bankers’ association, and people who work in the crypto industry looked at how to make banking services more accessible to venture capitalists and how to make Switzerland more attractive as a place to do business in the future.

Europe is now the world’s biggest cryptocurrency economy, with the continent getting more than €870 billion in crypto in the last year, making it the biggest market in the world.

A new report from blockchain data firm Chainalysis found that countries in central, northern, and western Europe (CNWE) made up 25% of all global cryptocurrency activity.

A lot of people in the CNWE region traded a lot of cryptocurrency in the United Kingdom, which made about €145 billion. 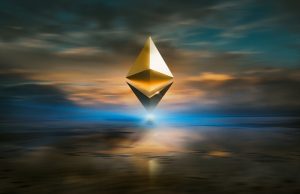 Volumes of crypto transactions in Europe started to rise around the middle of 2020 at the same time as they fell in East Asia, which was the world’s cryptocurrency capital at the time.

Europe is now the world’s biggest cryptocurrency economy, with the continent getting more than €870 billion in crypto in the last year, making it the biggest market in the world.

A company called Chainalysis says that Europe’s growth was mostly caused by “whales,” big institutional investors who bought and sold a lot of cryptocurrency.

In July 2020, the CNWE’s cryptocurrency economy started to grow faster than it did before.

At this time, we saw a huge rise in big institutional-sized transactions, which meant transfers of more than $10 million (€8.5 million) worth of cryptocurrency in the Chainalysis report.

Data from the company shows how big that growth has been.

In July 2020, about €1.2 billion will change hands between big institutions.

By June 2021, that figure had grown to €39.6 billion. At that point, the whales were responsible for more than half of all crypto transfer volume in the CNWE area.

There are a lot of people who invest in DeFi platforms because there are ways to stake cryptocurrency, which means that long-term holders can make money from interest payments if they lend the crypto they own to DeFi protocols.

In Europe, Switzerland, and other parts of the world, it looks like decentralised finance is taking off. They plan to stay on top for a long time to come.

Primebit Profit to Get Started with Profitable Crypto Trading