Avalanche has been widely recognised for a long time as the second in command in the DeFi industry, behind only Ethereum (ETH). With far cheaper and quicker transaction costs and times, AVAX has never suffered the same scalability issues that the ETH ecosystem did. During this bearish market cycle, however long it might take, there are only a few guarantees.

In the previous bull and bear cycle, the coins that flourished did not necessarily bounce back. Years had passed and more innovative thinkers had emerged onto the scene, ultimately making the successful projects of previous years redundant.

One useful metric to keep an eye on during bear markets is an ecosystem’s Total Value Locked – TVL and their corresponding ratios to the parent coin’s Market Capitalisation (MC).

Compare AVAX and ETH for example.

(This data is currently very volatile and only presents an example).

While Ethereum holds the first-mover advantage over all other DeFi Layer 1 networks, Avalanche still has a more significant MC/TVL ratio, even as we head into a bear market. AVAX’s superior ratio gives a huge amount of confidence to its likely superior returns in the next bull market, whether that is 1, 6 or 12 months away.

This is not to say that Avalanche will overtake Ethereum in valuation. But regarding returns on investments, AVAX offers a much greater financial reward. If you are looking to start loading up on a project for the next bull run, Avalanche might be your coin.

Why BoostX can boost your portfolio in bearish market cycles

Similarly to Avalanche, BoostX could bring a huge amount of value to investors in the next bull market, if you buy while confidence is down.

BoostX is a new cryptocurrency launchpad that brings you the highest class of new cryptocurrencies still in their presale. With an emphasis placed on bringing value to early investors, BoostX has captured the imagination of many seedling investors. 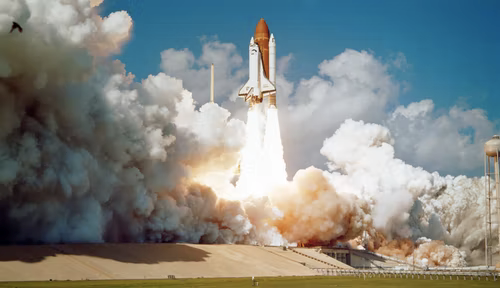 Strength in a community like this always contributes to the longevity of a project; this is one of the best features of the new crypto launchpad. By connecting savvy investors who see real potential in the coin, BoostX builds a fantastic community built on trust around every coin that is eligible for launch on its platform.

Gone Home Empty Handed? There Could Be Another Crypto Increase Around The Corner With Terra And HUH Token