Is the Underground Colosseum a must-see?

You can’t brag about your visit to Rome until you have actually been to the colosseum and its underground. Along with the Roman Forum and Palatine Hill, the Colosseum tour is a big reason travelers went back to Rome again and again. This place is a living breathing eyewitness of ancient gladiator battles and animal hunts.

At present, it still holds the aura and honor of being one of the most celebrated architectural craftsmanship of ancient Rome.

And to get the best out of your colosseum visit you just can’t miss its underground. Where all the gladiators and wild animals were kept hostile before entering all the brutal gladiator fights.

Let’s dive into the dark dungeons of the Colosseum underground and find out if it’s really worth a visit.

Things to know about  the Colosseum Architecture

Wanna have an approximate idea about the size and capacity of the colosseum? Let me tell you only the upper section of the colosseum was able to host a match for more than 80,000 Romans at a time.

Basically, it’s a gigantic amphitheater. The structure of the whole monument can be divided into two large sections. The first is the upper section which has three floors of arcades. Plus an additional floor with rectangular windows. From the upper floors, you will get to see the arena where all the actions took place.

Yes, you have guessed it right. The gladiator fights.

Right underneath the arena is the Colosseum Underground. Also known as Colosseum Hypogeum.

Even a few years back visitors were only allowed to visit the lower floors and the Arena. In recent times you can visit the Underground and the Belvedere levels without any restrictions.

The Colosseum underground is a labyrinth of rooms intertwined in a complex structure. It can feel overwhelming at the first glance. It’s not just a building or structure. If you look closely it was a machine that was designed to kill, entertain, and keep hostage. For all humans and animals. By taking the Colosseum Underground Tour, you can take yourself back to that era. 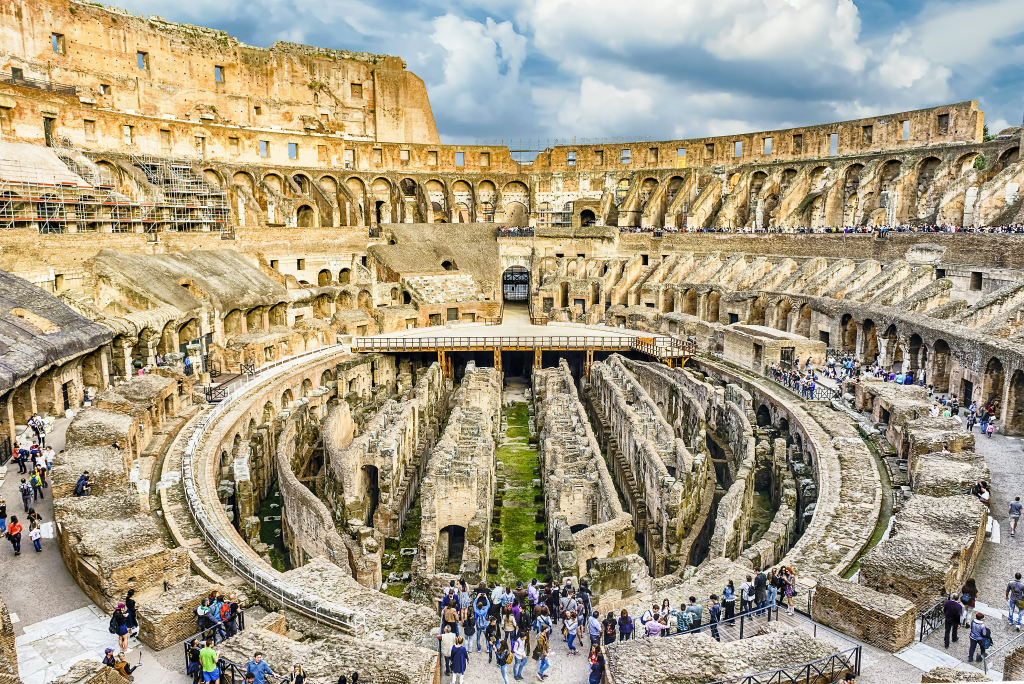 There are 32 animal pens that were evidently designed to captivate wild animals to lure them to gladiators in different deadly fights. There were 36 trapdoors to keep these wild creatures locked in this arena. The underground was also used as the waiting room for the gladiators, punishment dungeons for criminals, and a staying place for slaves.

Now let’s discuss different parts of this spot and how they were used in ancient times.

The crown of the Colosseum. The third ring. It is situated at the top of the amphitheater. Offering a stunning view of the Colosseum and nearby tourist spots. If you go for the underground tour of the colosseum this place is going to be the climax of your tour.

To enter the colosseum underground you have to pass the Colosseum Arena Floor. It is also known as The Stage where all the brutal gladiator fights took place in ancient times. It’s spacious and overwhelming if you can imagine the scenario of a gladiator fight.

It has gone through some major restorations as the original arena floor was dismantled years ago. If you have any idea about ancient Rome’s history and its gladiator fights then you will surely get goosebumps. This Rome City Tour.

You must have seen singers and performers waiting at the pavilion with a full adrenaline rush before entering the stage. The same scenario was common in the basement of the Colosseum. The only difference was they all waited to enter a deadly gladiator match. So you can easily imagine the tension of this basement.

With the passing of time, the actual appearance of the basement has changed. As mentioned earlier the arena was destroyed so the basement got kind of exposure from the upper section.

Why you must visit the Colosseum Underground

If you are a roman history enthusiast and intrigued by the stories of gladiator fights then you must visit the underground of the Colosseum. Don’t you wanna see the backstage of the mighty and glorious roman gladiator fights?

Don’t you wanna put yourself in the shoe of a gladiator and imagine going for a deadly fight at the colosseum arena? And even if you don’t know much about the history of the colosseum and gladiator fights then don’t you worry. Having a friendly tour guide can make your underground visit totally worth it with the nerve-wracking story and insightful history.

This Rome City Tour can help you have a fulfilling experience.

Tips if you visit the Colosseum underground 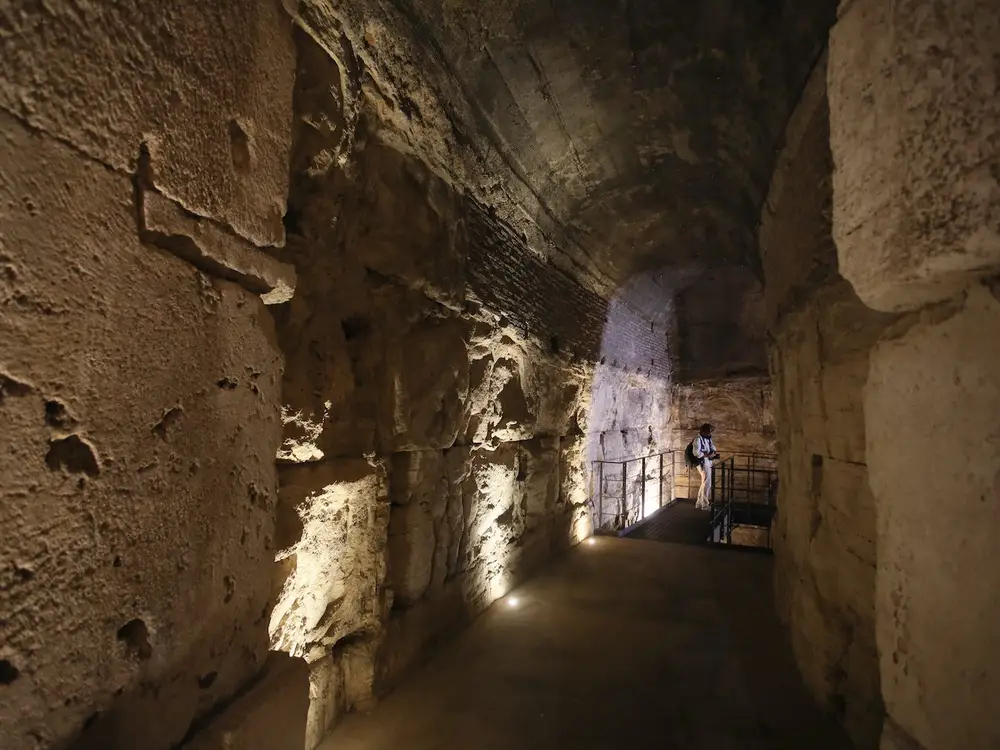 Here is a bunch of information that you need to keep in mind while visiting the undergrounds of the Colosseum.

Unfortunately, not all Colosseum tickets will give you access to the underground. There are a few specific tickets that come with this privilege. Make sure your ticket includes a tour of the arena floor, underground section, and the Belvedere to get the full experience of the Colosseum.

2. Is there any skip-the-line access for my Colosseum Underground ticket?

Yes, there are, which will help you to skip the line and enter the Underground and Arena without any hassle.

3. Can a person tour the Colosseum Underground on their own?

No, it has to be a guided tour.

Holidays in Catalonia: what to see and do in this beautiful region of Spain

7 things to do in Nepal

Magical Winter Wonderland: What to Do on a Visit to Lapland

These Are The Top Things Brits Want To Do On Holiday

Is Your Car Ready For A Road Trip?

Top Tips for a Fun Day at the Beach