Do you spend hours checking your mobile phone, switching through the same apps for minutes on end? You could be one of the average Brits that use their mobile phone for an astonishing 221 tasks per day. That’s over 1,500 tasks per week!

This infographic comissioned by Tecmark shows that Brits use their mobile phones for almost one full day per week. That’s the equivalent of watching the Titanic movie every day, with a running time of 3 hours and 14 minutes.

Typically, they start at 7.31am with Facebook and email checking, followed by looking up train times, banking details and scrolling through their Instagram feeds.

Often, without thinking, six out of ten of those surveyed long in and browse Facebook, with four in ten people checking their emails automatically.

The survey also found that the new go-to gadget is a smart phone, with Brits using them twice as much as their desktop or laptop.

Two thirds of smartphone users know that they use their mobile much more, with even tasks such as food shopping being much more likely to happen on a mobile than a desktop alternative.

According to the research, Brits use Facebook and Twitter for 14 hours on their mobile phone compared to just 11 hours on a desktop. The difference was equal when using Maps. 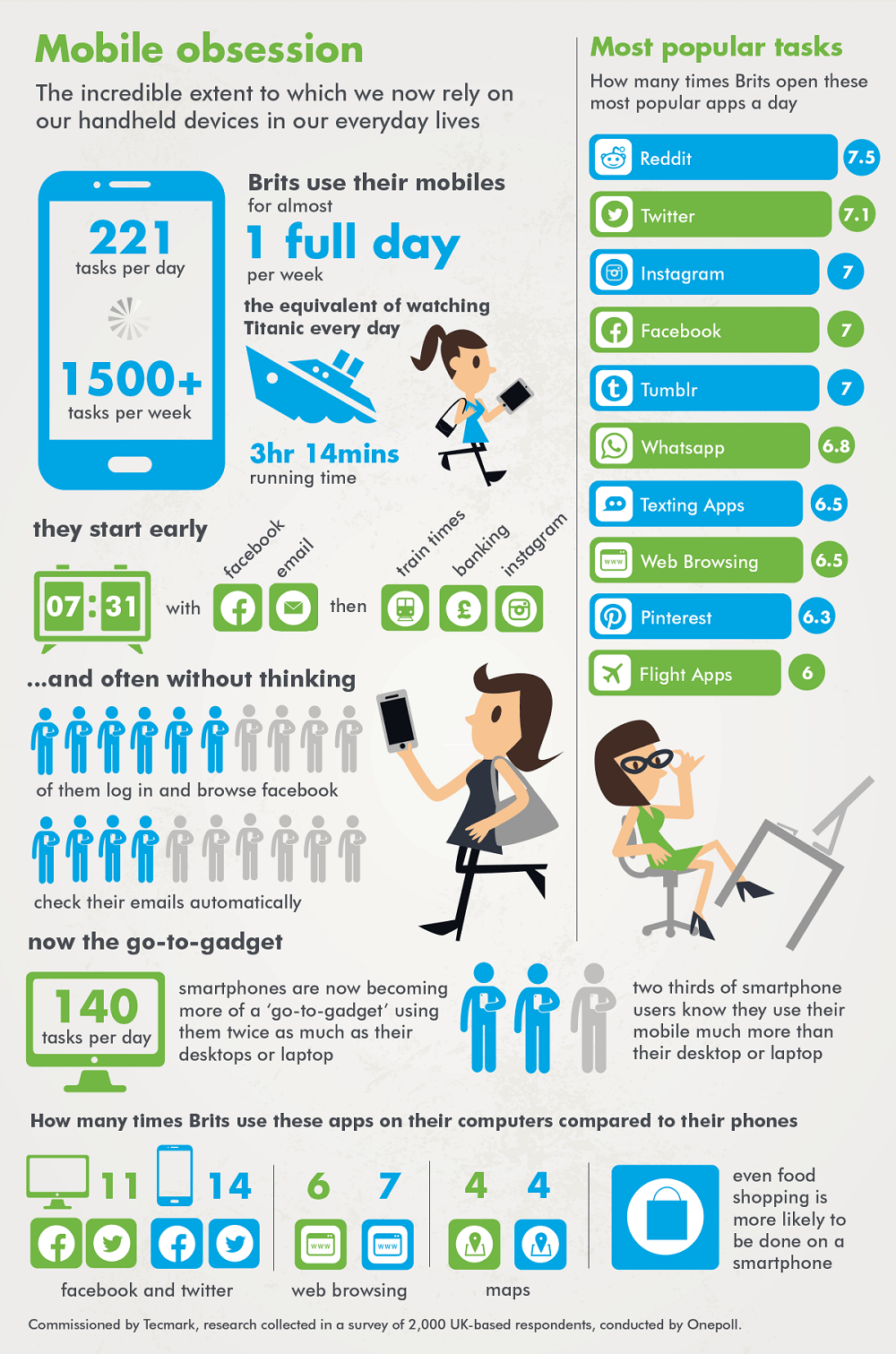 Ellie is a freelance writer and blogger. She shares tips on how start, market and run a successful freelance business on her blog.

What is Threat Intelligence in Cyber Security?

How To Set Up and Optimize a Blog for SEO

Digital Technology on the Way to Improving Learners’ Mental Health