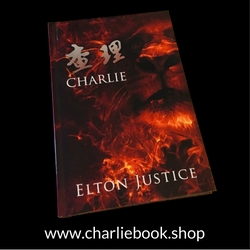 ABERDEEN, Scotland – Elton Justice is “just an ordinary guy” from Scotland, who moved his life from London to Singapore for work and a new life. There, he had a happy life and a successful career. All of that changed when commenting about a Singaporean official on his Facebook wall, Justice wrote: “He is an elected dictator.”

From that day, his life descended and spiraled “into a living hell” that destroyed everything he held dear. In “Charlie” (published by AuthorHouse UK), Justice chronicles his journey fighting against the authorities for three years. Justice shares that his dog, Charlie, was poisoned by authorities. The book also details how Justice’s boyfriend was originally paid by the government to harm the author; the two ultimately fell in love.

Throughout his three-year struggle, Justice also uncovered a “sinister and evil governing machine that was raping, abusing, psychologically torturing, and even murdering, on the whole, innocent people.”

Justice wrote the book to “bring international attention to these heinous crimes against humanity and personal liberty”, and also as a cautionary tale of what can happen when voicing one’s uncensored opinion online.

About the Author
Originally from Scotland, Elton Justice moved to live and work in Singapore, where he had a high profile with a major international brand. After making some negative comments online about a Singaporean official, Justice’s life changed forever. He writes about his experiences in “Charlie.” More information is available at: www.charliebook.shop.

“Who wants to live forever?”

Being Human – the path to self-acceptance, resilience and happiness