Self-Made Entrepreneur, Influencer And Businessman Alireza Kohany Are Mostly a Culmination of Extremely Hard Work and Persistence Through Tough Times

With the gaining popularity of entrepreneurship and the startup culture, more people find themselves wandering into the field of business than ever before. Especially young people, who find Business as something cool to pursue as their way of earning bread and butter.

Even with more support from investors and the government, starting a successful business is never easy. Moreover, statistics prove it with the fact that;

And sustaining through the minefield of problems is never easy even after those first ten years. It’s a dog eat dog world out there and when you find successful business people like our very own Mr. Alireza Kohany.
We had a short chat with Mr. Alireza Kohany, He was kind enough to share a little bit about his own life, including his own difficulties and challenges in his life. So we took our pen and paper to jot down a few things about Mr. Alireza Kohany. 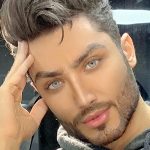 Alireza Kohany a young entrepreneur and influencer born 18th June 1993 in Tehran, Iran. Just like every common citizen, he loved his motherland beyond common words. But life has a way of taking the things that you love and keeping it out of reach, as Mr. Alireza Kohany was forced to migrate to Istanbul. Even though he found better opportunities in Istanbul, he still claimed to miss his motherland Iran by a ton. From the way he spoke, it was pretty easy to decipher that he left a part of his heart there, never to be found again.

Even though Mr. Alireza Kohany had a tough childhood in Iran, he never took it as a shortcoming. Rather he used this as his chance at redemption, learning whatever he could by using his failures as a stepping stone to his small yet, satisfying victories. He believed in learning from his mistakes and took over a growth mindset, that has put Mr. Alireza Kohany in his current position. He is a popular man in Iran and has 1 million followers on social media especially Instagram.

His personal life mostly revolves around his business, but he accept that his mother was the real love of his life.

“Life is never fair nor easy, but we can always be winners by braving on a smile while wading through the difficulties to make the best of what we have.’’

One of the biggest challenges of being a Businessman at a young age is people don’t take you seriously. The 21st century is a great time to be a young Businessman, but, still, it is hard to give confidence to people who believe experience is essential; a young entrepreneur and successful bussinesman and influencer from Iran Alireza Kohany explain.

Be Resourceful:
When you see Alireza Kohany, you will say he is resourceful. After all, with little experience or network, you have to make the most of what you have.

And in Alireza Kohany’s case, this resourcefulness started when he was a school kid where he earned good money from IELTS in Iran. 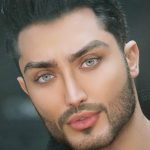 Start working on Project as early as you can:
Alireza Kohany starts the Project before you even think. When you see Alireza, you will say it is rightly said that some people learn faster than other entrepreneurs in the world.

He started his business life quite early from Iran. He believes in putting best in things he feels can work, and that has made him the best businessman at a young age.

Alireza believes being young isn’t always an asset you have to update and adapt to new things. Many say age is just a number in the business, but it is only valid if you are doing well in life.

In the beginning People were not able to believe in his dreams. Many didn’t give time to even talk for 10minutes. But as we say he was born to do business at a higher level, Alireza made his own way to the top by implementing his ideas faster than others can even think of.

Alireza Kohany doesn’t waste time in overthinking; he believes in making money. So if you are young like Alireza and getting started, there is no shame in looking to hire those with more years of experience.

How Many Unlucky Omens Can You Spot?

An Only Fools and Horses Lost Episode Has Been Found

Five ways to shower your love on your niece’s birthday