The History of the Kentucky Derby

Although it didn’t quite make our list of top events to see, the Kentucky Derby is still what many consider an American Institution. It’s the king of all horse races on this side of the Atlantic and is quite possibly the most popular horse race in the world that is not hosted in the United Kingdom. It may lag a little behind the likes of the Grand National, the Cheltenham Gold Cup, or the Epsom Derby in terms of a global audience, but this is a race that is truly steeped in history.

Where it all began

Believe it or not, the Kentucky Derby has a connection to Lewis and Clark. Yes, that Lewis and Clark. William Clark’s grandson, Meriwether Lewis Clark, is credited as being the mastermind behind the establishment of the race. He had spent some time in Europe during the early 1870s attending prestigious races such as the Epsom Derby. He also spent a great deal of time with the French Jockey Club and, as a result, decided that on his return to the United States, he would open a track and form a club.

He enlisted the help of his uncles, Henry and John Churchill, and they all started work building the track at Louisville. It was his uncles who had gifted him the land and they were also a part of the first Louisville Jockey Club.

In 1875, the track was ready for races and on May 17th, the very first Kentucky Derby took place in front of 10,000 enthusiastic spectators at the newly christened Churchill Downs. There were fifteen three-year-old horses in the race which was over one and a half miles. The first winner was Aristides ridden by Oliver Lewis.

Betting at that time was only available at the track itself and bookmakers saw huge sums of cash pass through their hands. By 1878, Clark had installed pari-mutuel betting machines at the track and racegoers now had the option of using the machines instead of the bookmakers. It was a huge success and lasted over a decade before the bookmakers demanded that the machines be removed.

Regular betting resumed and continued uninterrupted until 1908 when the race came under threat of cancellation. A tit-for-tat argument within the local council resulted in Louisville placing an outright ban on bookmaking. But the track’s president, Charles Grainger had discovered a loophole in the law that allowed for French pools or what we know as pari-mutuel.

It was then a race against time to find the required machines for the task which was no mean feat. However, Grainger was not to be deterred and he eventually found the machines. Some were procured from a race track in New York, one was found in storage in the Downs, another was found in a pawn shop, while the last was donated by a souvenir collector.

The machines were good to go and, on the day of the Derby, $67,570 passed through them with $18,300 bet on the Derby itself. Although the machines were antiquated and almost immediately replaced, they had saved the race from its first ever cancellation.

Of course, the way we bet on horse races has changed so much since those early days. We’re no longer limited to on-site betting and in some states we can now bet online. Better yet, we even have tons of expert advice out there with the likes of free racing picks and tips available for every single race.

These changes have opened up the Kentucky Derby to new betting markets across the globe. With mobile betting now often par for the course in many countries in Europe, the Derby has the potential to become just as, if not more popular than the Grand National itself. And that’s before we even mention the fact that sports betting legislation is a hot topic right across the entire United States.

We can only imagine how Clark would have felt about his race being one of the most popular in the world!

The ‘run for the roses’

The Derby is often called the ‘run for the roses’ and this is all down to a tradition brought in by Clark after he witnessed a friend giving roses to some ladies at a post-Derby party. This happened in 1883 and Clark immediately named the rose as the official flower of the Derby. But it took 13 years for the tradition to evolve into a garland of 554 roses placed on the winning horse. 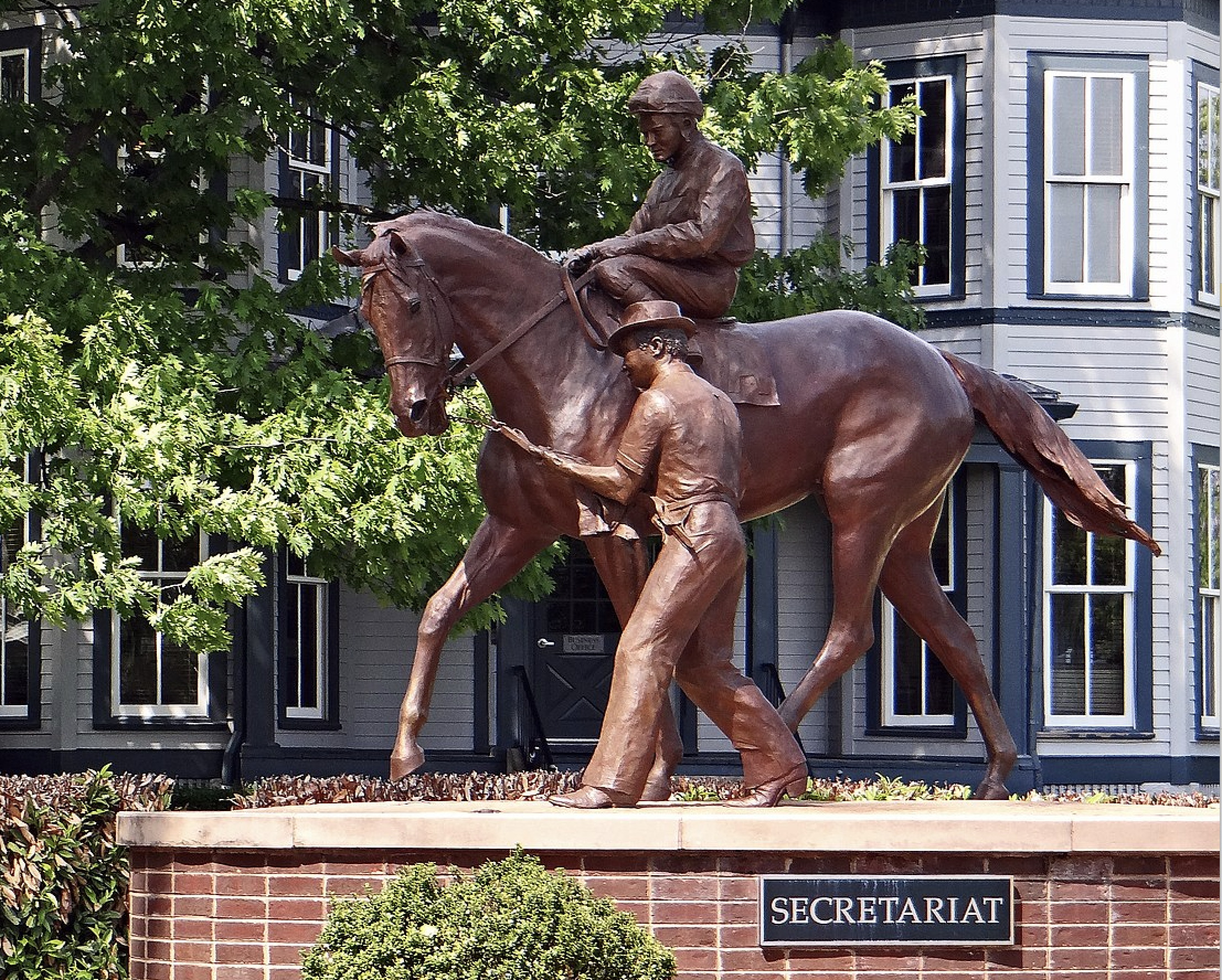 We mentioned Aristide earlier who was the winner of the inaugural Kentucky Derby, but the race has brought us so many more household names throughout history.

Donerail, ridden by Roscoe Goose, won the 1913 Derby and was the longest shot to win the race at 91-1. Seattle Slew won the 1977 Derby before going on to win the Triple Crown. The horse is famous for going through its entire career undefeated.

There are many other notable winners, but perhaps the most famous is the legendary Secretariat. This amazing horse is still a household name although he won the Derby and Triple Crown in 1973. Secretariat still holds the Derby record at 1:59:40 and is the only horse besides Monarchos to have run a sub two-minute Derby. He still holds the stakes record for all three Triple Crown races. Interestingly, recent winner Nyquist, who won the Derby in 2016 is a fifth generation descendant of Secretariat.

The race that stops for nothing

The Kentucky Derby is one of the very few races in the world to have run concurrently since its establishment. The furor of 1908 was the only time that the Derby was under any serious threat of being abandoned making it the longest-running sports event in the United States. An incredible feat that just adds to the magic of the race.

What card games can be played online

How the Popularity of Cricket has Increased Over the Years

Which EPL Club Had The Best Transfer Window?