GameStop is an American video gaming retailer that’s been publicly listed on the New York Stock Exchange since February 2002. It’s a company that’s suffered hard times of late, with the pandemic leaving the corporation particularly weak in the stock market. Prominent hedge fund, Melvin Capital, along with many other institutional investors, forecast that the price of GameStop’s share price would continue to plummet. Subsequently, these multi-billion-dollar hedge funds opted to try and “short” the price of GameStop, which means betting against the price moving up.

In fact, many of these hedge funds had billions of dollars tied up in short-selling the GameStop share price. This came to the attention of a little-known group on Reddit called “WallStreetBets”. This forum consists of amateur traders as well as retail day traders that invest their own personal income in the stock markets. Although the best forex bonuses can boost account equity and provide a substantial amount of leverage for traders on the leading currency pairs, trading stocks and shares is a rather more realistic goal than the forex markets for amateur traders. That’s because of the relatively small start-up costs needed to open a brokerage account.

Is short-selling an ethical trading technique? 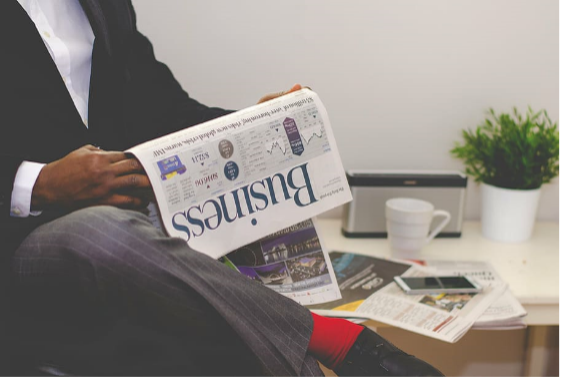 Many amateur traders question the morals and ethics of short-selling. In essence, short-selling is the profiteering of traders that make a profit when the price of an asset falls – normally when a company is going through hard times. Typically, a short-seller will pay a minor fee to borrow shares in a falling asset from another investor – often an institutional investor such as a hedge fund. The short-seller then sells the shares on at the market rate. They then buy back the shares and return them to the original owner.

The GameStop share price had something of a tumultuous year in 2020. However, by the end of 2020, its share price had recovered from a low of $2.57 to $18.84. Despite this, several leading hedge funds were investing heavily in short-selling GameStop, believing the price to be artificial and almost certain to fall again. The Reddit community joined forces to enter the markets and sting those multi-billion-dollar hedge funds looking to profit from GameStop’s misfortune.

They conducted a collective “short squeeze”, piling in and buying GameStop’s share price, inflating its value considerably over a short space of time. Within a matter of hours, GameStop’s share price had soared to over $350 and eventually peaked at $469 on Thursday 28th January. Had a short-seller attempted to sell the price of GameStop at the turn of the New Year at $18.84, they would be in debt to the share owner by as much as $450 per share at the height of the squeeze.

These amateur traders figured that the price of GameStop would continue to rise as more short-sellers were forced to cut their losses and buy back shares. Although some short-sellers have opted to sit and their hands and ride it out in the hope of the price eventually falling, it’s certainly burnt the fingers of many an institutional investor.

The short squeeze on GameStop became all the more intriguing when several share-dealing apps including Robinhood closed their trading platforms to retail traders, thwarting the Reddit community in their attempts to bump up the GameStop share price. It was a dangerous move on Robinhood’s behalf, with the brand becoming a meme-generating machine on social media for all the wrong reasons. The “WallStreetBets” Reddit community were also implementing short squeezes on other stocks like the former mobile phone giant Nokia and the cinema chain AMC. Both of which were also removed as tradable options on these platforms, along with GameStop.

The BBC reported on the issue, with the incoming chairman of the Senate Banking and Housing Committee, Senator Sherrod Brown, taking to Twitter to criticise Wall Street for only “caring about the rules when they’re the ones getting hurt”. Meanwhile, Dave Portnoy, founder of the Barstool Sports blog and Sportsbook, was also scathing of retail trading platforms that pledge to “democratize finance for all” except when “too many ordinary people are getting rich”. It’s hard to know how or when this crisis will end for the stock market, because no-one is seeing the funny side right now.

What are Bitcoin Penalty Transactions? (Explained)

Should the government regulate and instil trust in the crypto-asset market?