If you are a fan of Martial Mixed Arts (MMA) and in particular Ultimate Fighting Championship (UFC) you may have heard of the “Galatic combat.” If you have not, make sure you follow sportfogadás where you can get top betting tips and related news from Mightytips. Galatic Combat is a reality TV show, a new sports competition in Space. According to Andrea Iervolino, the Space 2 founder, an entertainment brand that produces movies, TV shows, sporting events set in space.

Galatic Combat will be a reality show that will follow forty MMA fighters from around the globe as they train to prepare for the fight which will be organized in space. The show will be following their training culminating in the MMA Zero-G fighting. Only eight contestants will take part in the zero-G fight. The finalists will not be fighting in a known arena on the planet, but the action will be many miles above the sky, actually in space. The fight will take place in a spaceship as it orbits the earth for approximately one-and-half hours.

Sports betting fans that follow MMA are excited by this event, some can’t wait for the date to be announced. They are ready to place their bets on their favorite fighters. They are eagerly waiting to see who will make it to the list of forty as well as the last eight who will be training for the space flight. It is also interesting to know which two fighters will make history, fighting in a place where there is no gravity; in space.

We bet that any fighter would strive to be the first to enter history books. It is such a great achievement. The space fight as some are calling it is coming a few months after the trial of space tourism. Richard Branson was the first non-space expert to venture into space. JackBezos followed suit, now with the announcement of MMA space Zero Gravity fighting, space tourism is fast becoming a reality. Only a few weeks earlier, Hollywood also announced big plans for space.

Tom Cruise will be starring in a movie that will be shot entirely in space. The $ 200 million feature film is being done in collaboration with Elon Musk’s SpaceX. The Tom Cruise movie shooting schedule is known, it is set to start next fall, and however, on the other hand, the ambitious space flight is not known when it will happen. This is what has led to doubts; many are wondering whether this is just a wild idea. Iervolino calls the Galactic Combat a new frontier in the entertainment world, a creation of a new sport along the UFC lines. He says that with this event the MMA concept will be made much wider.

If Iervolino’s idea is to be proved serious, his pick of the former MMA fighter John Lewis to serve as the vice president and promoter of the reality show tells it all. He is committed to seeing this actualized. 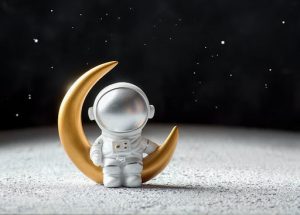 Iervolino is not new to space-based entertainment; he has been investing for the last few years where he has brought together former SpaceX workers, among other scientists to his Space 2 team. Despite being in this investment area for some time, he says that it was only recently that he felt confident enough to embark on such a project. He adds that when they started workng on Space2, they did it silently, nobody knew about it, but after two years of thorough tests, they were ready to make the whole idea public.

Iervolino says that safety is the most important thing and everything has to be done to ensure that all who will be in the rocket come back safe. To show his seriousness with Space2 and the whole space fight idea, he says that this is just the tip of the iceberg, more is coming. They have developed fifty other formats for space shows and they are ready to be rolled out. He calls the space fight the easiest of all the other formats. This gives us confidence that in a few months we will have two men fighting in a rocket orbiting the earth.

Whether this can be done given the nature of space and the whole gravity issues remains uncertain. If it happens, we will be beginning something new and bigger. We will be seeing some of the best fighters fighting from space; it is such an exciting event. For the betting enthusiasts, the number of options that can be explored during betting will have increased and perhaps the payouts will be larger given that they are unique events.

Plans are at an advanced stage and in one year, we will have known a few things about the events. Maybe, it will be clear how the whole fight will take place, who the participants will be, and which of them will have advanced to a higher level. It will also be interesting to learn whether there will be fans onboard and whether the event will be aired live from space. These are things that we are going to learn as the event unfolds. Betting enthusiasts and MMA fans better prepare for this event, they should be ready to bet on their favorite fighters as well as other outcomes of the fights.

We are used to betting on MMA events that happen in arenas but the space fight is according to us a unique opportunity to wager on matches that are taking place in a rocket that will be orbiting the earth. It is a rare opportunity but some of the questions which have been asked remained unanswered. With time, all will be clear, we just have to wait and see.

The Do’s and Don’ts After a Sports Injury

How To Prepare For Your First Riding Lesson