A Guide to the World’s Biggest Sporting Events

People from every corner of the planet love an escape from their daily lives. Sport is one of the best ways to experience something different from your job, family stress, and other problems.

Every country and culture has its favorite sport, which is why so many sports elicit such passionate and loyal followings. But some games are more meaningful and important than others.

Winning the most famous sports trophies is why athletes play in the first place. They want to write their names in the history books, regardless of what else they go on to do.

Below is a guide to five of the world’s biggest sporting events. 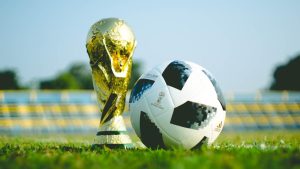 The FIFA World Cup is a soccer or football tournament that takes place every four years. An event that has a history dating back more than 50 years, the World Cup is the most-watched tournament, with the World Cup Final often getting TV ratings that far surpass any other sporting event on the planet.

Brazil holds the record for the most World Cup trophies, while Italy and Germany are not far behind. Despite being the nation that created the sport, England has a single World Cup trophy, which they won on home turf in 1966.

The next edition of the World Cup is slightly controversial, as it is set to take place in the winter of 2022, marking a drastic shift from the traditional summer tournament. Qatar is the host for the 2022 edition of the FIFA World Cup, with France set to defend their trophy.

Most athletes who dream about becoming superstars in their given sport likely think about competing in the Olympic Games. Whether it is the Summer Olympics or Winter Olympics, or even the Paralympics, there are so many events that athletes of all skill sets participate in.

One of the unique aspects of the Olympics is that many of the athletes that do take part are amateurs, which means they do not receive payment for competing in their sport. That is, of course, not the case for all of the athletes.

The Olympics are held every four years, with the host nation chosen ahead of time to allow them to prepare the venues and other aspects of the experience for the athletes and tourists from around the world.

Most recently, the Olympics were held in Japan, with the tournament pushed back from 2020 to 2021 as a result of worldwide events. Most of the tournament fixtures took place behind closed doors, but a few fans did get to see some matches in Tokyo.

Those who live in America likely see the Super Bowl as the biggest sporting event on the planet. While that may not be the case, it is still an extremely popular, glamorous, and financially lucrative event.

Hosted in the United States every year, the Super Bowl takes place at various pre-chosen venues. The tournament almost always ends up at a neutral venue for both participating teams. However, there are rare instances where one team has the home advantage, as they reach the Super Bowl in the same year that their stadium is chosen as the venue. 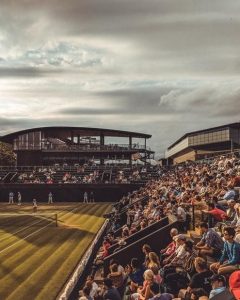 There are four tennis grand slam tournaments each year, including the Australian Open, French Open, Wimbledon, and the US Open. Each of these grand slams is incredibly prestigious, with tennis players dreaming of winning a slam since they were children.

The grand slam at Wimbledon, however, stands apart from the other slams for prestige and novelty. It is the only grand slam that takes place on grass, and one of the few annual tennis tournaments played on that surface. In addition, Wimbledon has a long history of being a prestigious and glamorous event in London.

Wimbledon happens every year in the summer, with crowds gathering from around England and other parts of the world to watch their heroes play on Centre Court.

The ICC Cricket World Cup may not get as much traction in most countries in the West, but it is still one of the most prominent and popular sporting events in the world.

For TV audience figures, very few sports can match up to the Cricket World Cup, as the sport is hugely popular in the densely populated South Asian countries of India, Pakistan, Bangladesh, and Sri Lanka.

The World Cup happens every three or four years, with the first edition happening in 1975 and the most recent in 2019. Australia is the nation with the most Cricket World Cup wins, with five, while West Indies and India boast two successes.

England, the nation that brought cricket to most of the world, only has a single win to its name, which came in 2019.

Watch Giants Rise to the Occasion

There is nothing comparable to the pressure of competing in one of the most-watched and anticipated sporting events in the world. Athletes who prepare for and take part in these games can let their nerves get the best of them, even if they have the experience of having played in significant games.

Such pressure is why the great performances in major sporting events are lauded by fans, pundits, and the public to such an extent. When a player produces his best moments in the most decisive matches, which millions watch around the planet, they are deservedly seen as the best in their respective sport.

If you are a sports enthusiast, you may want to tune in to at least one of the above sporting events. Even if you are not a significant follower of that sport, watching its biggest game of the season is exciting and should be experienced at least one time in life.

Where Are All The Big Soccer Transfers This Summer?

Five bankers to back at this year’s Cheltenham Festival

Cricket: The End of Fantasy Sports