Mars Growth, a Liquidity Group and MUFG joint venture fund is providing a $4.5 million credit facility to Kontist, a leading fintech company providing banking and bookkeeping services to the self-employed and freelancers in Germany. Kontist will use the additional capital to further its expansion. The transaction brings Liquidity Group’s capital deployment to more than $750 million this year, and the firm expects to reach $1.1 billion by the end of 2021.

Mars Growth used the ‘Liquidity Analysis’ corporate credit machine learning platform to perform comprehensive due diligence instantly and provide a term sheet in only 24 hours, a process that would take conventional financial firms weeks to complete. 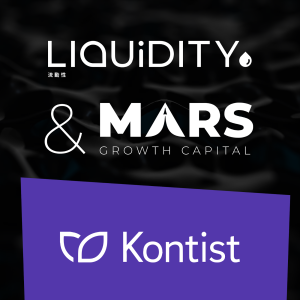 Kontist is an all-in-one neo-bank and tax advisory for freelancers, who Kontist believes will shape the future of work and challenge corporate structures by embracing individuality and building successful businesses. Kontist maintains that freelancers don’t get the help they need currently, especially when it comes to the complexity of their finances. Kontist offers the banking and bookkeeping services freelancers deserve, making finances easier to manage and worry-free.

“Kontist is a fintech company providing banking services at the forefront of the new economy,” said Yaron Primovich, Managing Director of Mars Growth. “Its banking services are being utilized across Germany by the growing number of self-employed people. The machine learning technology at the center of our funding process gave Kontist access to non-dilutive funding at an unmatched speed.”

“The Mars team has not only provided funding to enable further growth but validated our plans and ambitions through their ‘Liquidity Analysis’ platform,” said Kontist CEO Benjamin Esser. “To have a funding partner benchmark your growth plans against our industry and competitors, strengthens our ambition to achieve our goals. From the initial discussion, the entire process was effortless and took only a few days before they presented us with a term sheet. We found the financing solution a great way to assist us in fueling our growth as we expand.”

Founded in Berlin in 2016, Kontist counts more than 120 employees, of which many have a freelance background and is managed by Christopher Plantener, Founder and CEO, and Benjamin Esser, Co-CEO.

How do cryptocurrencies help people in earning money?

Advantages of Paying with Bitcoin

10 Ways to Prepare for a Financial Emergency