With the emergence of new frameworks, the choice of the right one for your project becomes even more difficult each year. There are a lot of nuances to consider, and sometimes one may feel completely overwhelmed with all that information. In this situation, we advise you to opt for ReactJS, one of the best-selling technologies for the development of web applications. In case you want to hire a professional team, React JS web development company OTAKOYI is at your service.

React is a JavaScript library that was created and supported by Facebook in 2011 to create astonishing web applications. At first, it was for internal use only. React powered the news feed on Facebook in 2011 and Instagram in 2012, but later, in 2013 it was released for public in 2013. 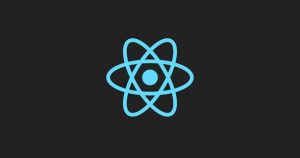 Since then, React has received warm appreciation from its audience, and financial support from its developer, Facebook. Currently, there is the 17th version of ReactJS, which means that it gets updated twice a year on average. Such maintenance makes a good product, and the result of that is an agile, stable, customizable, modern library with an enormous number of tools for developers.

There are a lot of pretty words to describe a piece of software, but they can never serve as a replacement for facts. Therefore, here are seven specific reasons why ReactJS is the number one choice for your project.

JSX stands for JavaScript Syntax Extension, and it is used in React to express the look of the UI. JSX allows you to write HTML elements in JavaScript. In this way, you can place them in the DOM without any additional operations that complicate the overall process. During runtime, it is just being translated into simple JavaScript code.

This syntax extension makes the code more simple. As a result, the code review process becomes easier. Moreover, a simpler code means fewer bugs. Besides, JSX gives a lot of opportunities to make use of warning messages and errors.

In order to track data in real-time, you need to have a sort of dashboard or a tool for data visualization. An instance of when it is helpful would be a chart that requires constant updates or a notification.

For this purpose, React has a Virtual DOM that enables quick re-rendering of components. This procedure allows the instant display of data. What is more, during this process, React finds the best way to update the UI. The thing that makes it possible is the supply of data streams through APIs. The best application of this feature is in projects that presume the heavy flow of data. 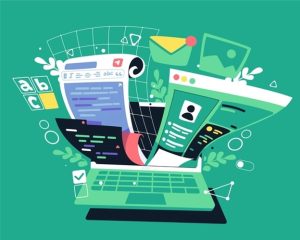 Usually, the complex logic of an application slows it down because of the necessity of frequent updates. For instance, one of the common problems is that when you modify a single thing, and it starts a sort of Rube Goldberg machine. However, with React’s component usability feature, you will not have to worry about this issue. The components in React have their own logic, which improves the process of development and code maintenance.

Legacy code may sound like a curse for a development team. However, ReactJS is a technology that is not only effective but also can replace something old and inefficient. Such a possibility is crucial for some businesses because migration is of course a better option than the development of the same application from scratch.

In the case of React, you will not need to do that in order to migrate from your older system to a new one. For this purpose, you can simply include the React code into your old web app, and it will run without any troubles.

ReactJS has comprehensive documentation as well as it is relatively easy to learn. In fact, one can learn to code on React without the supervision of a senior developer. To understand the difference in learning curve between React and Angular, a popular JavaScript framework, you need to know that one has to learn an additional programming language in order to be able to code on the latter. Remember, both of them require a developer to know JavaScript, but that is all for React.

One of the least obvious things one should consider when learning a new programming language or a framework is community. The thing is that when you have a question or a problem, you can address it to the community members on the Internet. ReactJS has a friendly community and even some random people can help you solve your issues with this library. In fact, your issue may resemble another person’s one, and in this case, you will only have to read a ready solution.

Last but not the least thing that is important for a framework is the reliability of patronage. ReactJS is backed up by a tech giant, Facebook, and therefore, you can be sure about the future of this library. In case you want to create something that would last for a long time, it will require maintenance. Thus, you will know that Facebook will support the updates of React, and therefore, your project will remain up to date.

All in all, React is an up-to-date and convenient tool for web app development in 2021. This library is capable of creating the real web masterpieces since it provides the devs with the development speed, performance, and the convenience to maintain. With ReactJS, you can develop complex user interfaces, PWA (Progressive Web Applications), and roughly speaking anything (even a large-scale project) that requires frequent page updating.

Best Android Apps That Can Help You Drive Efficiently