Explore Your Chances of Getting DUI Dismissed in No Time

A DUI charge doesn’t always have to end with a conviction, as any competent DUI attorney would tell you. If you could hire the services of a professional lawyer, you’d quickly find that they have the experience to reduce the charges or have them entirely dismissed.

However, such proceedings are in stages, and it’s best to know when your chances of getting a DUI dismissed are at their peak. Thankfully, this article highlights the different defenses that your attorney could use to get you out in no time.

The court presides over the DUI case, starting with a preliminary hearing. That’s when the district judge would review the police case against you on the grounds of driving while under the influence.

The preliminary hearing aims to establish that a “prima facie case” exists against you at that point. Already, there’s at least one professional lawyer, like Louis J Goodman, who must have discussed the chances of getting a DUI dismissed in his blog. From there, you could get the picture on how you can save yourself at the preliminary DUI hearing.

“Prima facie” is Latin for “first look” and involves the judge looking to see that the police had a fair reason to suspect you of DUI in the first place. The court would consider traffic violations and evidence presented by the arresting officer.

DUI Case Dismissed on Probable Cause

During the entire course of the preliminary hearing, the presiding judge has to review the probable cause with which you got arrested. The police need a solid reason to suspect that you were driving under the influence and the Fourth Amendment to the State’s constitution makes provision for this right.

A probable cause could be the alcohol smell on your breath or a clear visual on an alcohol bottle in your car. However, if the police don’t have enough probable cause to present to the court, your chances of getting the DUI dismissed rise quickly.

The next defense at a preliminary hearing is the implied consent warning. The arresting officer needs to remind you that you’ve given your implied consent to on-the-spot sobriety and breath tests from the moment you received your driver’s license.

It’s an important detail to note, as DUI cases dismissed for lack of an implied consent warning don’t go to trial.

Once your DUI charge goes to trial, your attorney can initiate the hearing waiver in a bid to dismiss the case or reduce it. It could happen in situations like a second-tier DUI charge, where the BAC results are between 0.10 and 0.159 percent.

The arresting officer may choose not to sue for a first-tier charge in such cases, and the judgment wouldn’t be as harsh.

Also, the defendant could get a waiver if they qualify for an ARD (Accelerated Rehabilitative Disposition). When you complete the program, you have a better chance at getting a DUI dropped, with the possibility of getting it expunged from criminal records. 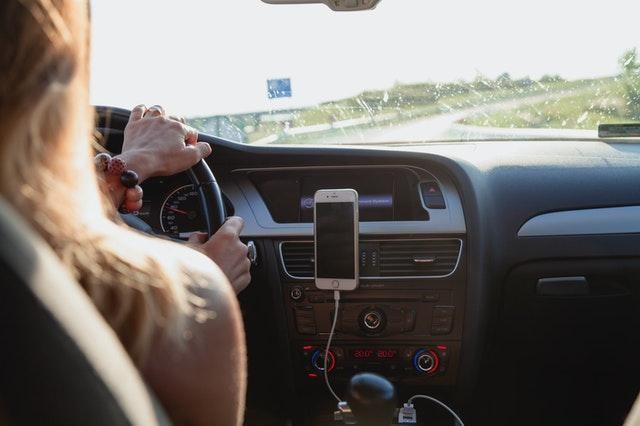 DUI Cases Dismissed When There’s No Evidence You Were Driving

One of the more exciting odds of getting a DUI dropped against you is when the arresting officer couldn’t provide the evidence that you were the one driving. While you might think such a scenario is unlikely, it’s pretty standard on highway accidents involving drunk drivers.

The cop may not have a first-hand view of the accident and could arrive at the scene with many bystanders already around the affected vehicles. At that point, the officer can’t press charges on anyone unless he identifies the driver, regardless of whether they objectively establish that the accident happened due to DUI.

If you get caught in such a case, you’ve got no cause that the case would go to trial. Once the arresting officer can’t convince the court you drove the car, and there are no observing witnesses at the scene, you’ll get discharged.

Your DUI attorney might have to deal with the more specific details about your case. One such scenario is when the officer makes an arrest, but you only had the engine running without moving.

“How is that possible?”, You may ask. In some accidents, the defendant may walk away from their vehicle into a bar where the police later find them. It’s worth mentioning that the arresting officer would check for other indirect evidence, such as a warm engine or an alternative driver at the scene.

Once you can prove that you haven’t taken alcohol in between the accident and the point of arrest, any DUI charges against you would get dismissed.

Once the arresting officer has enough probable cause to make a DUI arrest on you, he can proceed to ask you to take a breath test. However, an alcohol-positive result doesn’t influence a DUI conviction rate if the defendant can prove they didn’t know they ingested some alcohol before driving.

For various reasons, you may have unknowingly taken foods or drinks with alcohol content. Someone may have offered you some of it without your knowledge. Once you can prove the matter’s circumstances, the arresting officer may not press any further charges.

Driving under the influence is a criminal offense in all jurisdictions in California. It’s best to get a competent DUI attorney to represent you if you get charged. However, the primary goal is to get out the rap as quickly as possible, but what are the chances of getting a DUI dismissed on a good day?

The above list highlights some conditions that could make the presiding judge dismiss a DUI charge against you. Overall, you’re better off hiring a DUI lawyer who can exploit these defenses at the preliminary hearing, so you could get discharged even before the DUI trial starts.

Helpful Tips To Build a Strong Defense for Your DUI Case

Understanding the Process of Divorce

Are Drunk Drivers Always at Fault