Decentralisation – modern-day hype or a progressive attitude towards our future?

The creation of Bitcoin started a social uprising against centralisation. This uprising takes shape in both social discourse and real-life applications. The rise of cryptocurrencies and the ‘alt coin’ market embodies this social movement. From the DeFi pedestals of Ethereum and Avalanche, new up and coming DeFi protocols supported by Boostx, to the future of gaming and the metaverse, how far can a decentralised society go and does it have any limitations?

Big-Tech support for a decentralised future

When considering the future of anything it is always crucial to investigate the opinions of the biggest innovators of our generation. Some of the world’s leading entrepreneurs are outwardly supportive of a decentralised social framework.

Jack Dorsey, the founder of Twitter, said that ‘a decentralised social network allows for more conversations and content.’ – Business Insider.

Twitter was founded as the world’s groupchat but has in recent times has become a more oppressive and censored social media platform, leading to its takeover by Elon Musk. Regardless of what your opinion of Donald Trump is, the banning of the now ex-president of the United States’s account summarises the archaic centralised structure of the social media giant.

During Elon Musk’s takeover of the company, he appeared in a TED talk and stated that Twitter needs to give ‘both the reality and the perception that they are able to speak freely within the bounds of the law.’ Twitter has become the medieval town hall for social discourse. 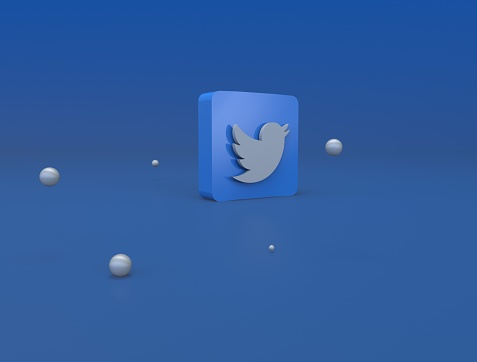 The reformation and the beginnings of the decentralised movement?

Probably jumped the gun here slightly. But, the 95 Theses is well-known as the beginning of the religious reformation in 16th Century Europe. Martin Luther would have posted the 95 Theses on Twitter in 1517 if he could have. In fact, quite a few parallels can be drawn between Martin Luther’s attack on the Roman Catholic Church in the 16th century and Twitter today. Twitter’s censorship over what can or can’t be posted correlates to the Church’s censorship over religious practice and thinking.

If history is anything to go by then this bodes rather well for the future of decentralisation. Shortly after the 95 Theses were posted, about 20 years later and through the reformation, Protestantism emerged in Europe and quickly spread throughout Europe. As we all know now, Protestantism is just as prevalent today as it was during the renaissance period.

Now, this doesn’t necessarily demonstrate the desire for a decentralised society in the 16th century, but it shows that an inherent human desire for greater self-control existed centuries ago. This very same instinctual desire is beginning to take a foot-hold in modern society. How far can it go?

So where does the future of decentralisation lie?

The future of a decentralised society looks increasingly likely, the biggest question is how many layers of society will decentralisation pierce? The Financial revolution has already started and many DeFi applications are becoming widely adopted with real use cases emerging that can rival traditional financial applications.

A decentralised social media industry seems like the next obvious revolution. Social media is for the people and ultimately should be owned and controlled by the people – the masses. It should not be owned by a centralised institution. This is increasingly becoming the view of the many and in far more industries than just finance.

If you are looking for ways of investing in a decentralised future, Boostx is the newest Cryptocurrency Launchpad, driven by decentralisation and value to investors – the people.

Currently, most projects are DeFi orientated but it aims to expand in the future to a host of other decentralised applications.

For anyone looking to invest in the future of decentralisation, Boostx is certainly worth checking out – BoostX Finance – BoostX Premium Launchpad Technology.

What is Cryptocurrency? How HUH Token Could Make You Millions

What is the new Cryptocurrency Calyx Token?