RoboApe On The Heels Of Harmony One And Holochain

Cryptocurrencies face an uncertain future amid the bubble burst that has sent jitters in the investment community. Coins experiencing up to 90% capitulation from record highs has left many investors wondering what the future holds. While established projects such as Ethereum (ETH) and Bitcoin (BTC) have also suffered the brunt of deep sell-offs, its meme coins with unproven use cases are feeling more heat. In contrast, RoboApe is a new project on the block that seeks to revolutionize the embattled meme coins sector.

What is RoboApe Token?

RoboApe is a futuristic meme coin backed with exceptional utility as it seeks to revolutionize the crypto space by offering community members a way to achieve financial growth. It also plans to achieve growth through sustainable community development and rewarding culture.

Some of the unique features that make the project stand out include RoboApe Academy, which will operate as an educational hub for informing and educating individuals on everything they need to know about cryptocurrencies.

RoboApe also plans to participate in charitable games and events designed to make the world a better place while enhancing interaction in the ecosystem. RoboApe Merch is an exciting feature that will offer access to exclusive RoboApe merchandise to establish the largest community and increase market hold.

It also comes with a RoboApe Swap feature designed to bridge the gap between various blockchain networks. Conversely, it will enable cross-chain token swaps allowing people to swap various tokens at some of the lowest costs.

RoboApe vs. Harmony One vs. Holo

RoboApe is looking to secure its future, as has been the case with Harmony One and Holo tokens, by focusing on non-fungible tokens (NFTs). The futuristic meme project will offer users a platform whereby they can mint NFTs of their liking in RoboApe cards which they can hold and sell.

As RoboApe focuses on NFTs, Harmony One has made a name for itself as a decentralized blockchain-based platform that offers tools and functionalities for certain hosting and managing decentralized applications. Built on top of the Ethereum blockchain, it seeks to create a self-sustainable environment that fosters the creation of a market for non-fungible tokens. It also plans to become a key player in the decentralized finance space. 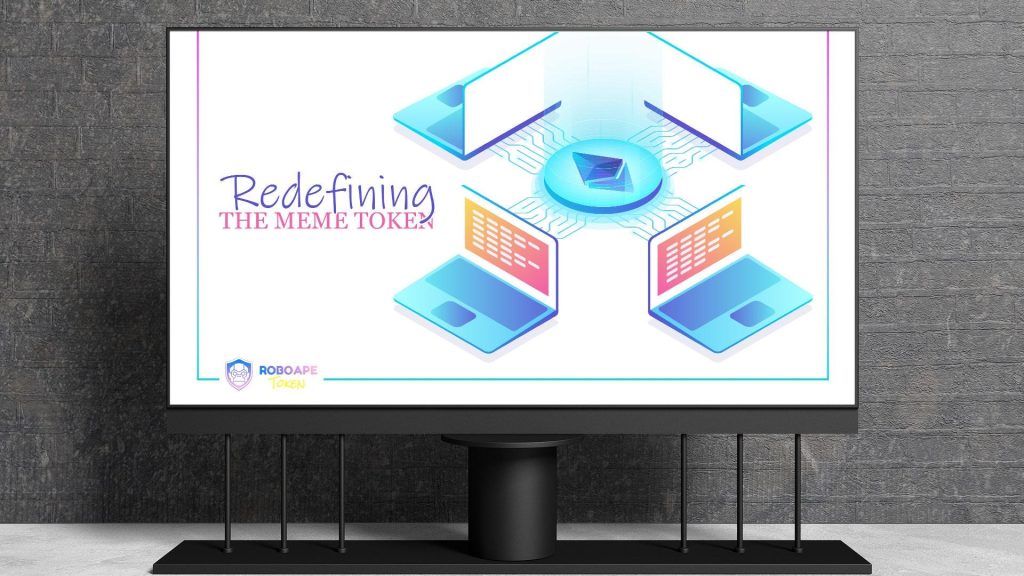 Holochain, on the other hand, is an open-source framework that supports the development of peer-to-peer applications. Its primary goal is to make it easy for humans to interact with one another with mutual consent without relying on any authority.

RBA is the native token that powers the RoboApe ecosystem according to holders of the right to participate in NFT trading card mining events. It also allows holders to mint NFTs of their own. Additionally, token holders are part of the platform’s governance structure, enabling them to vote on any development and future upgrades. Finally, token holders also stand to enjoy much more profits in the long run through various rewards and incentive programs.

RoboApe is the future of the embattled meme coin sector backed by real-life applications. Unlike other currencies whose value and long-term prospects depend on hype and buzz, RoboApe seeks to transform how people mint and trade NFTs.

How the Bitcoin Better than Others

3 Cryptos to make an impact in the Metaverse: Logarithmic Finance (LOG), Decentraland (MANA) and Tezos (XTZ).

Ethereum 20% Price Decrease, Is Now The Time To Buy? – HUH Token Thriving Since Launch With A 2500% Price Increase

Why are people investing in crypto?

What is crypto VPS hosting?