Nearly half of the population believe Brits have become more particular about tea during the last decade.

Experts have solved the age-old mystery of what a splash of milk REALLY means when making a cup of tea.

However, a splash shouldn’t be confused with a dash, which is closer to six ml.

But although these particular terms aren’t interchangeable, a splash of milk is pretty much the same as a drop according to the study.

It also emerged almost half of us feel under pressure when making a tea round – because we’re afraid we’ll make a disappointing cuppa.

In fact, almost four in 10 have even received complaints about the quality of their tea making.

The research was commissioned ahead of National Tea Day (Saturday 21 April) by the Department of Dairy-Related Scrumptious Affairs (DDRSA), a joint venture between the Agriculture and Horticulture Development Board (AHDB) and Dairy UK.

A spokesperson for DDRSA said: “Milk is often at the centre of the debate – how much is required to achieve that perfect caramel shade and how on earth do you distinguish between what a ‘splash’ and a ‘drop’ means.”

“When it comes to tea making for others, we often bottle it, and are divided by what the ‘perfect cuppa’ looks like.

“However the department is wholeheartedly committed to ensuring that everyone gets the most out of their udderly brilliant dairy products because we truly believe that we should be united through our love of dairy, not driven apart by it.”

The research also found nearly half of the population believe Brits have become more particular about tea during the last decade.

Amid this, more than one third admitted they find it difficult to keep up with everyone’s particular tea preferences.

In fact, one in five said it takes longer to complete a tea round at work now than it did five years ago.

Many blame a lack of clarity over various tea-terminology for this – one fifth admitted they specifically dread being asked to make a ‘builder’s tea’ due to its ambiguous meaning.

Amazingly, 21 per cent of those polled have even taken the step of deliberately making bad tea for others so they wouldn’t be asked to do a round ever again.

And one in 10 revealed they simply don’t drink tea or coffee at work just to avoid becoming part of a tea round.

The study also looked at the key to making a perfect cuppa with most people agreeing the milk goes in AFTER the hot water.

And take note – a one centimetre gap should be left between the top of the tea and the tip of the mug – and it should be brewed for precisely two minutes and 20 seconds.

The findings emerged as it was revealed the average Brit guzzles down three and a half cups of tea a day and makes a further five more for friends or colleagues.

The research was commissioned in support of the DDRSA’s recently released ‘Cream Paper’.

A spokesman for DDRSA added: “We believe that people should be united through their love of scrumptious dairy products, not forced apart by it and it has come to our attention that the nation continues to be somewhat split in opinion of late.

“The ‘Cream Paper’ sets out a range of proposals that will aim to settle debate around some of the nation’s best-loved dairy products.

“With 505,000 Google searches on ‘how to butter a crumpet’, Brits are clearly in desperate need of guidance.

“With half of the nation outraged by the idea of a scone with jam on top of the cream, we need to settle the debate once and for all.

“This ‘Cream Paper’ has the potential to unite the nation’s dairy consumption habits forevermore in a time of desperate need.” 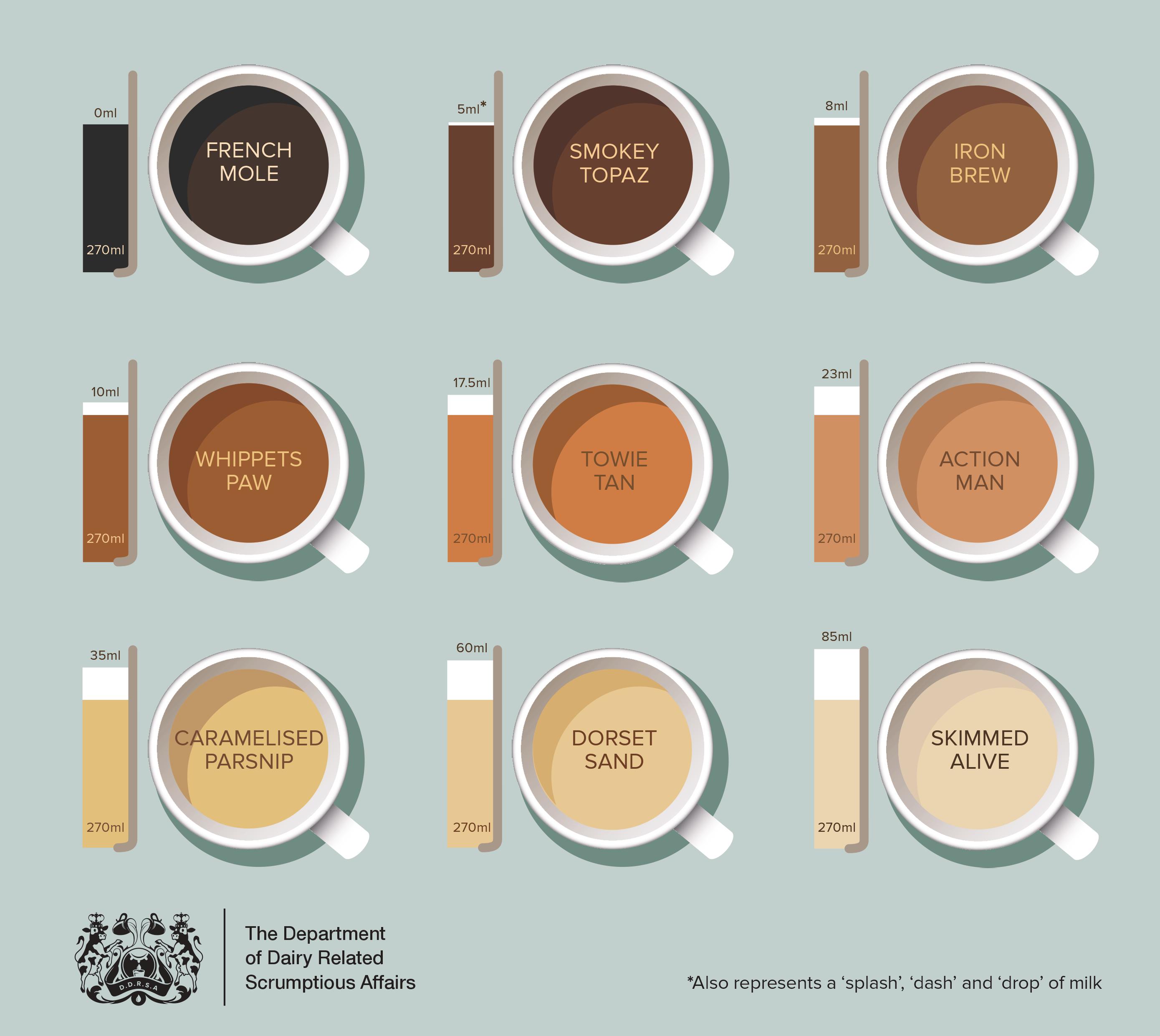 Reasons Why (the Right Amount of) Coffee Is Good for You

How Did A British Nobody Dethrone China’s Biggest Company Kweichow Moutai Worth $400 Billion?

HOW DESIGN TURBO-CHARGED A CHARITY BRAND